Finding Calm in My First Images of Japan 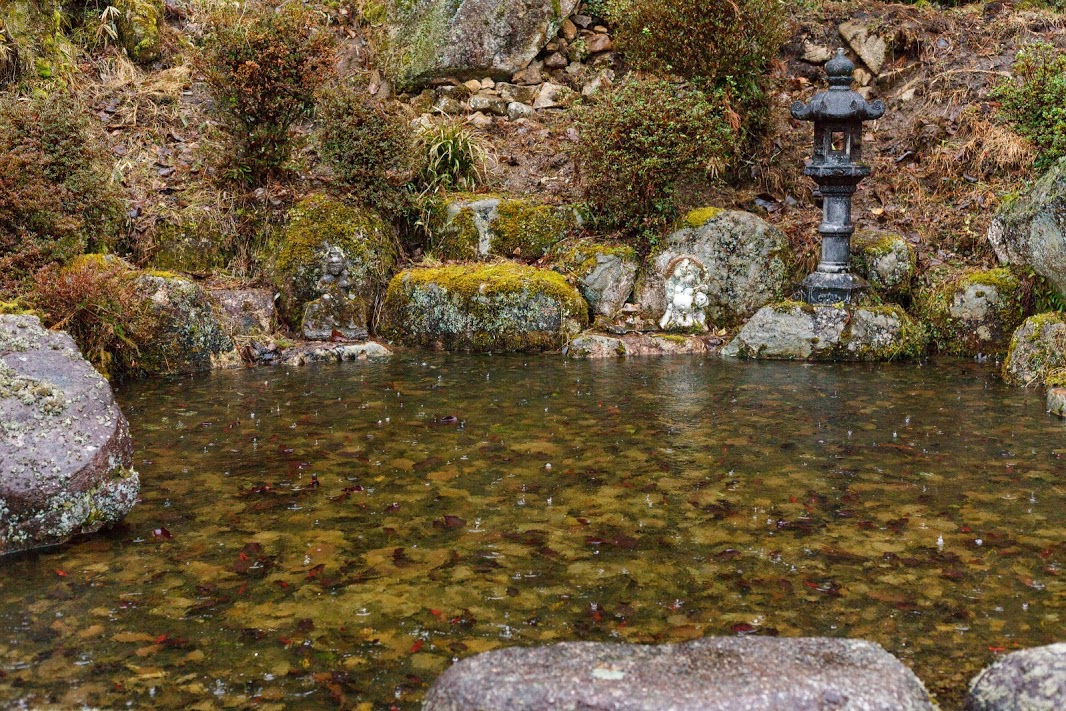 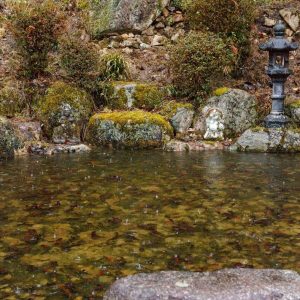 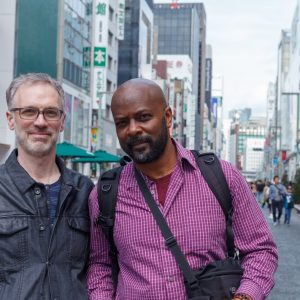 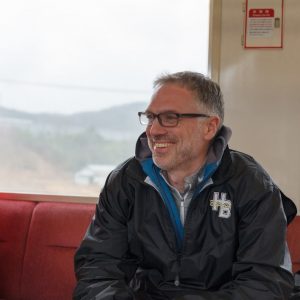 My first glimpse of Japan was of its coastal mountain peaks draped with snow as our plane dipped left in the mid stages of descent. In another sense, though, my first glimpses of Japan were through media. The introductory music to Johnny Sokko feels like the soundtrack to my youth, which was largely defined by sneaking into the basement as a young child to watch late-night screenings of every Godzilla film. the first of which I watched obsessively, my mourning ever diminishing near the end as those oxygen bubbles popped on the ocean surface. Then, I would wake up at 5:30 in the morning each day of grade school to watch Star Blazers alone in the dark, and voraciously consumed the Samurai films of Kurosawa and Kobayashi, Seven Samurai and Sanjuro, Harakiri and Samurai Rebellion. But my first actual glimpse was of those mountains — the ones I had seen only on film and in cartoonists’ ink.

And my first sense of Japan was a feeling of great calm.

We were arriving in Japan for a ten-day journey that would begin in Kyoto and end in Tokyo, with six days spent in between walking the Nakasendo Highway and sleeping in family-owned inns that stretched back through as many as nineteen generations. To prepare for the trip, I read about the Nakasendo and devoured images of its remote trails — and imagined myself submerged in the warmth of onsens while the cold air swirled around me. Doing so, I anticipated the quiet and calm that would no doubt define that part of our trip.

But I didn’t expect it in the airport. Prior to stepping off the plane I only knew airports to be places of commotion, impatience, and noise. Japan, I learned in the first fifteen seconds after arriving, was different. The airport was just as full and busy as any American airport I had ever passed through, but it was quiet and calm and orderly — every interaction marked by a politeness that transcends language.

Those courtesies — always warm, never artificial — and that calm – persisted throughout my entire time in Japan. It mattered not which part of the country I was in. We toured the Nijo-jo Shogun castle, meditated by the rock gardens of the Ryoan-ji temple, drifted among fellow tourists at the Golden Pavillion of Rokuon-ji temple, and learned from a tea master in his home and drinking from cups that dated back hundreds of years. We traversed through snow on our way to Torii Temple, and viewed the gorgeous prints at the Hiroshima Print Museum in Ena. And then, of course, there was the Nakasendo and its gorgeous serene post towns.

I was traveling with one of my oldest friends who had lived in Japan for three years after we finished grad school. Each day, we walked roughly twelve miles along the highway, and each evening after we checked in to the inn, we sat on the floor to drink tea and talk about the day’s experiences. And then dinner, usually consisting of as many as fifteen dishes: baked trout, koi sashimi, candied crickets foraged from nearby trees, wild boar that an innkeeper had hunted himself, and, at every stop, miso soup and tea and rice — each dish each time distinctive to the place and the people who cooked it. I ate with delight and with great regard for the work that had gone into its preparation, from the harvesting of rice to the artful arrangement of plates. Afterwards, full and drowsy, I would record the day’s highlights in my journal.

At the end of our third day in Japan, I wrote, “Every place we go is calm and ordered and polite.” I wanted always to remember the warmth of the worker at Mister Donut who helped me order coffee; the innkeeper who offered me a free glass of locally brewed sake; the woman who waved to me early in the morning from insider her shop as she prepared to open and I walked by; the innkeeper who placed our shoes and jackets by the fire to warm and dry them after we had walked twelve miles through cold and constant rain; the barista who served me the finest cup of coffee of my life in Magome. The kindness, like the natural beauty all around us, seemed boundless.

For as long as I can remember, I have loved and dreamed about Japan — its culture and food, its natural and urban beauty, its fortitude and healing after the second World War. And now, in ways I couldn’t until having this chance to be there, I love its people, too, who were so kind at every step, from the time I arrived to the moment I boarded the plane headed back to the United States.

When we disembarked that plane in California, the noise was immediate and abrasive. Luggage was tossed around with less care, voices were raised in ways that felt sonically intrusive, and bodies moved about in ways less considerate of the space of others. I am used to it again, but it’s noisy right now in the United States and getting noisier all the time, dismayingly so — in literal and figurative ways that feel increasingly difficult to manage.

But sometimes in the morning, and especially if the morning is rainy, I boil water for tea – remembering as I do so the small charcoal pit in the teamaster’s floor and the “wind in the pines” sound of the water as his kettle reached the ideal temperature. Then, I whisk the matcha powder I brought back from Horaido, whose proprietorship stretches all the way back to 1803. Drinking it, I can feel again the calm that thread through me during my time in Japan.

Feeling that ease of being brings back vividly those defining images of my time in Japan – the sights and people recorded in my journal – and I am grateful. I know I will come back to Japan some day, and while drinking matcha on these rainy mornings I also know that part of me is still there.