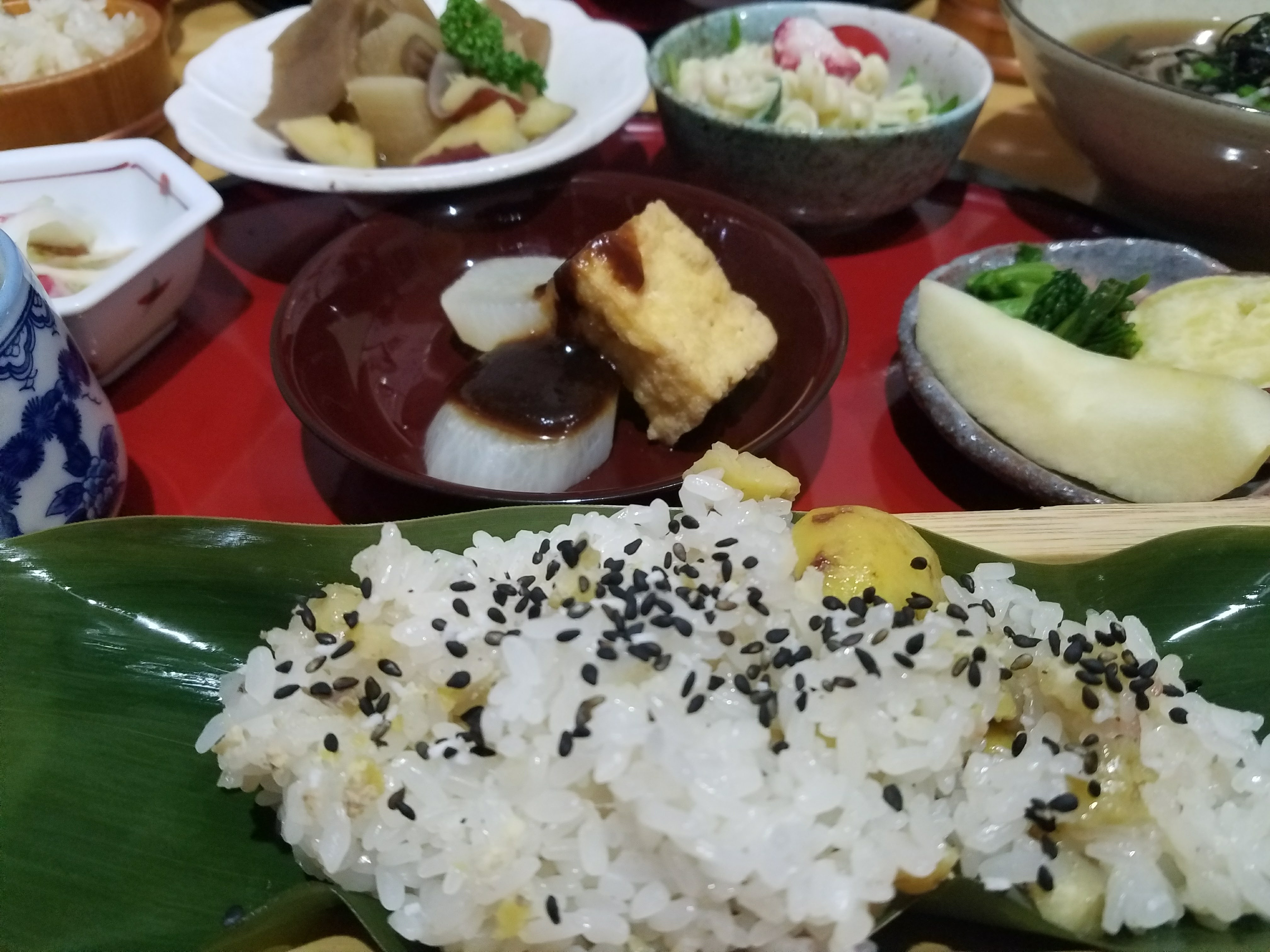 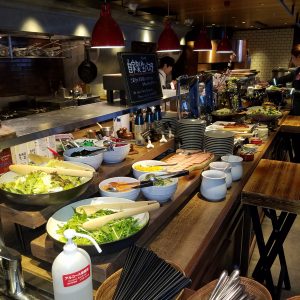 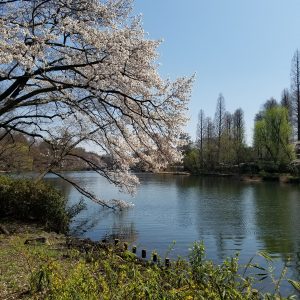 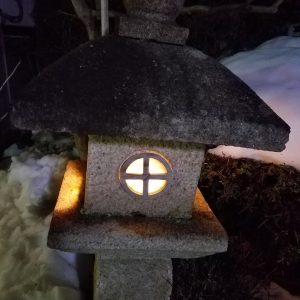 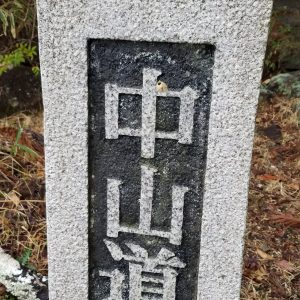 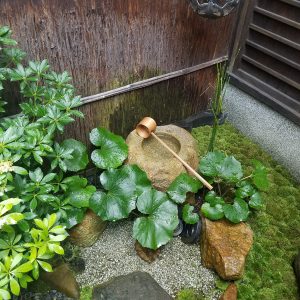 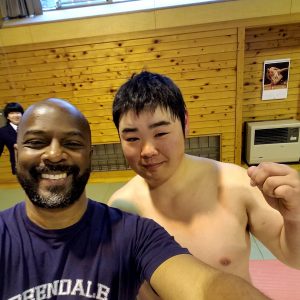 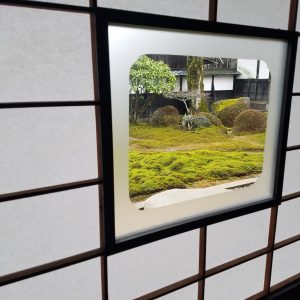 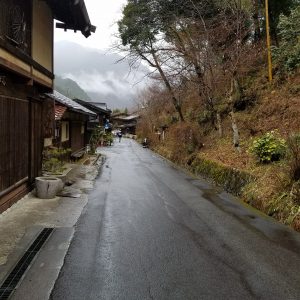 “We are planning a school trip to Japan, and I want you to be the lead chaperone.”

These were the words that our director of global citizenship shared with me in his office. The director, Joe Vogel, knew about my love and fascination for Japan and immediately thought of me for the role. I was stunned and giddy. Back to Japan!

I could hardly wait to return to the land which I regard as my home away from home, the first and only country that I’ve lived in beside the United States. Soon after graduate school in ’96, I flew to Japan on little more than a whim and have never been the same since. Immediately, I almost shouted, “Yes! I’d be happy to chaperone! When do we start?”

The green mountains were the first images that looked familiar. Growing up in Cleveland, Ohio, mountains were never a part of my everyday experience, so they have always held a fascination for me. In my time teaching English in Kitakyushu, I was always pleasantly aware of the mountains.

I recall my first night in Japan in Osaka in 1996. Jet-lagged and just too excited to sleep, I wandered around near my hotel, soaking up the new imagery. Takoyaki stalls on the streets, groups of businessmen with their ties askew, neon signs everywhere—I thought to myself, “I’m on the other side of the world in Japan!”

That sense of wonder never left me in my three years in Japan. Not a day went by that I did not at some point figuratively pinch myself out of sheer joy.

With the exception of the close, lifelong friendships that I made, the cuisine is what stands out to me and what I wanted to share with my students as a conduit to the heart of Japan.

Our group of 12 students, two chaperones, and a guide arrived at the funky Hotel Anteroom in Kyoto. After settling in, we walked to a tonkatsu restaurant near the heart of the city. We were directed to a long table near the back and took our seats. I have become a vegetarian over the past few years, but decided to go back to my omnivore ways while in the country, and was I ever glad. My first bite of the crispy, succulent pork was incredible. I wolfed it all down, along with the pickles, rice, and cabbage.

As I ate, I was reminded of many pleasant meals at my favorite tonkatsu restaurant near Kokura Station. My friends and I made our way down narrow alleyways during lunch to this magical place. The tonkatsu more than made up for the lack of ambience. Food and restaurants became a way of getting to know people and experiencing the culture. Colleagues at my school introduced me to their haunts, many of them little out-of-way places that were frequented by locals.

It was as if I were given a secret password that allowed me to access information inaccessible to the public. The cozy yakitori place with the shy chef who deftly grilled skewers of chicken to perfection. The okonomiyaki restaurant up a flight of stairs that became my go-to after a workout. And my favorite—the tempura restaurant in the basement of a building where the elderly woman who plated up the food would slip me an extra vegetable or shrimp with a smile.

The main attraction of this trip was hiking the Nakasendo Trail. Part of the old feudal highway that connected Kyoto and Tokyo, the Nakasendo is a mixture of beautiful old towns, rice farms, and scenic mountain views.

As much as I love hiking, I was really looking forward to the food at the ryokans which are famed for their freshness and use of local ingredients. Our first inn in Ena was the Ichikawa Inn, managed by the 14th, 15th, and 16th generations of the same family of owners. We were shown our rooms, where we changed into yukata, and soon it was dinner time.

We made our way into a large dining room, where we were greeted by all three of the managers of the inn. One course at a time, the food came out. Dinner exceeded my expectations: rice, tofu, wild boar, sashimi, miso soup, and many other dishes. I walked around, offering pointers to students who were having a tricky time navigating chopsticks, and encouragement to others who were hesitant about trying unfamiliar dishes. The varying tastes and textures were mesmerizing. This was not a treat that I often had the pleasure of eating while I lived in Kokura. Each dish was crafted lovingly and beautifully. It reminded me of eating in someone’s home and, in a way, we were eating in someone’s home, only they had been in the same house since the early 17th century.

Our final dinner in Japan was at a busy izakaya (is there any other kind?) in the Ginza district of Tokyo. After parallel journeys, both groups would get together and celebrate the end of our trip. The raucous affair, 32 people strong, was highlighted by a surprise birthday celebration for one of our students, complete with cake—and, for me, a short meeting with Patrick, a British teacher whom I worked with at Nova.

Patrick travels to Japan on business frequently and, as luck would have it, was in town. As we were just getting started on our meals, a beaming Patrick arrived and we embraced and started to catch up a bit after a nearly 20-year separation. I introduced him to the other chaperones. Although he couldn’t stay long, this quick get-together was one of the highlights of the trip for me.

Patrick’s appearance combined my two experiences in Japan in a very real way. He represented my time in Japan as a teacher 18 years ago and all of the experiences I had then. Seeing him brought back images of explaining the difference between simple past and past progressive to perplexed students, all-night, off-key karaoke with the staff at Nova, and, of course, similarly raucous izakaya trips with teachers from a number of schools.

Japan, I’ll be back soon.