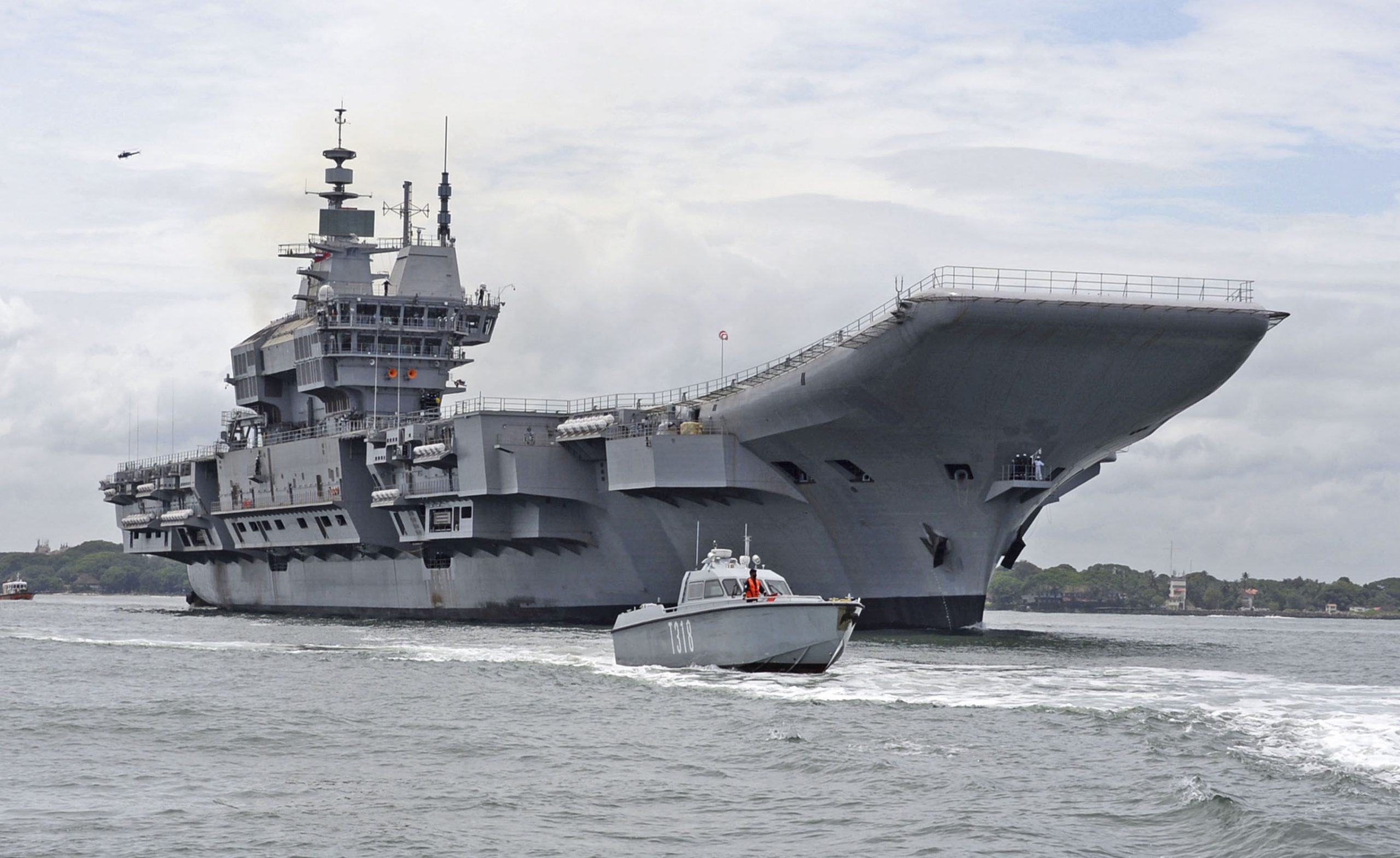 The maiden sea trials of India’s first indigenously-designed and built aircraft carrier were held recently. This will go a long way in boosting the indigenization of the Indian defense forces, especially its naval arm. As of now, India is one of the world’s biggest importers of military hardware.

The carrier is named after the INS Vikrant, which played a major role in India’s decisive victory over Pakistan in the 1971 war, which also led to the creation of Bangladesh. The INS Vikrant had been acquired from the UK in 1961 and was decommissioned in 1997 after an illustrious career.

When completed, the IAC-1 (Indigenous Aircraft Carrier) (INS Vikrant) is expected to weigh around 40,000 tons. It will carry Russian-made MiG-29K fighter aircraft and Kamov-31 Air Early Warning Helicopters.  Over 76 per cent of the materials utilized on board the ship are indigenous, however, which is a big leg-up for India’s defense manufacturing sector.

The INS Vikrant is 262m long and has over 2,300 compartments. It can accommodate a crew of around 1700. The construction of this ship began way back in 2006, at the Kochi Shipyard in southern India. It is expected to be commissioned in 2022, in time for the celebration of India’s 75 years of independence.

How is this a Game Changer?

First, New Delhi’s options on land are limited, with China to the north and Pakistan to the west. Moreover, India is at a further disadvantage on land with the recent takeover of power by the Taliban in Afghanistan (in close cahoots with Pakistan).

Hence, it is the naval realm that offers India the best opportunity to spread its influence, as it has in the past, when Indian culture and customs circulated to places far and wide over the seas.

India also has a huge coastline which runs about 7,516.6kms. It also includes the strategically important Andaman and Nicobar islands as well as the Lakshadweep islands. It is very important to strengthen monitoring of the maritime routes as, for example in the case of the Mumbai terror attacks on November 2008, the attackers had come by sea.

Second, with China’s maritime power projection capabilities growing quickly, it is imperative for India to keep pace. China already has two functional aircraft carriers and is planning more. It has already made its belligerent intentions quite clear in the East and South China Sea regions, with its naval ships and maritime militia harassing Japan, Vietnam, the Philippines and other countries.

An aircraft carrier is critical for India’s power projection capability and this task will be performed with elan by the INS Vikrant. At the same time, the Chinese PLA Navy has already become the biggest navy in the world in terms of absolute numbers. Hence, it is all the more important for India not only to ramp up the indigenization process but also the numbers of maritime vessels.

Third, the Indian Navy has significant experience in the naval realm as its trains with navies from across the world. India, Japan, Australia and the United States are part of the Quad, and they are also part of the Malabar naval exercises.

RELATED: Malabar 2021: More Important than Ever for Peace in the Indo-Pacific Region

In addition, India’s experience includes disaster relief, such as its collaboration with Australia, the U.S. and Japan in providing rescue and relief efforts in the wake of the disastrous Indian Ocean tsunami of 2004.

Fourth, Prime Minister Narendra Modi, after coming to power, outlined India’s maritime interests in the form of a policy known as SAGAR-“Security and Growth for All in the Region”, which envisages cooperation with different maritime powers in the Indo-Pacific. At the same time, New Delhi has an active “Act-East Policy”, which aims at reinvigorating India’s historical ties with Southeast and East Asia.

New Delhi also has a big Diaspora in the Middle East region. Hence it is all the more important for it to have a strong naval presence in the Indo-Pacific.

Of course, there are many challenges as well in the process of developing an indigenous capability for the manufacturing of aircraft carriers and other weapon systems.

Then, there is the issue of training. A majority of Indian defense personnel have been trained on foreign-weapons platforms.

Second, there have been cost overruns due to the delays in the construction of this warship. In addition, construction of the indigenous aircraft carrier is only the beginning. Maintenance and upkeep, including the availability of spare parts, must be considered as well.

Third, the issue of technology transfer is important here. India needs to collaborate with the countries which have provided parts for the INS Vikrant and others which sail in the Indo-Pacific region. This includes countries such as Russia, which will provide weapons platforms for the INS Vikrant, and also nations like the U.S., France and U.K., which operate aircraft carriers in the region.

There is no doubt that this kind of indigenous capability is very important for the Atmanirbhar Bharat and the “Made-in-India campaigns” of the Modi government, which aim to promote self-reliance. The aircraft carrier will also bring India into a select group of countries which have the potential to build their own aircraft carriers.

It will also help in increasing the interoperability between Indian, Japanese and other friendly forces. As of now, India still uses a lot of weapons of Russian origin, which can be an issue during joint exercises.

Besides, the indigenous construction of the INS Vikrant is also providing employment to a huge number of Indian firms and to Indians directly.

There is no doubt that India’s first indigenously designed and built aircraft carrier will be a game-changer in the Indo-Pacific region. At the moment Japan operates helicopter destroyers, and these are also likely to be upgraded to aircraft carriers in the future. In the years ahead the INS Vikrant will bring India and Japan closer in the naval realm. as well.

Dr. Borah is a Senior Research Fellow with the Japan Forum for Strategic Studies. The views expressed here are personal. Find his articles on JAPAN Forward at this link and on twitter at @rupakj