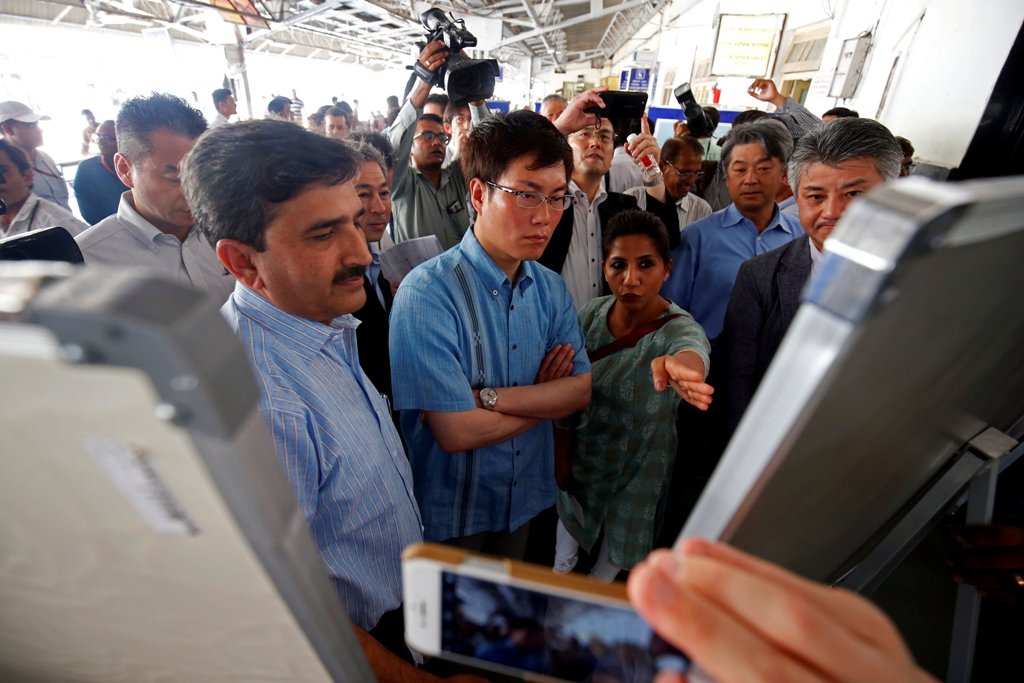 Interest in Japan's development assistance and technology is high in Northeast India.

The Japanese Ambassador’s visit to the Northeastern state of Assam in February this year is significant for several reasons.

First, it gels well with India’s “Act-East Policy”—which aims to reinvigorate India’s historical ties with the countries of East Asia and Southeast Asia. Japan has been an active participant in the same. It has already set up the “Act-East Forum”—which aims at coordinating the efforts of the two countries for the development of India’s Northeast.

Second, Japan has historical connections with this part of the world as during the Second World War, Japanese troops had fought in the Northeastern states of Nagaland and Manipur.

Third, Tokyo has been involved in a host of projects in the region. For example, recently the foundation stone was laid for India’s longest bridge, with help from The Japan International Cooperation Agency (JICA).  There are also reports that JETRO (Japan External Trade Organization) has been trying to set up an industrial township in the region.

Fourth, the Northeastern part of India is key to Japan’s engagement with India. As the Japanese Ambassador to India noted in his address in Guwahati, “North East is situated where India’s Act East Policy and Japan’s vision for a free and open Indo-Pacific converge. To be “free and open” is critical here in Assam.”

Fifth, another reason is that both India and Japan have not participated in the China-led Belt and Road Initiative(BRI), making tit all the more important that they join hands to provide high-quality infrastructure in different parts of the world. This cooperation in Northeast India is a good way to begin.

What’s in it for India?

The Northeast of India is playing catchup with the rest of the country in terms of development. However, the present government has been investing heavily in the development of the region so that it comes on par with other parts of the country.

Japan is an integral part of India’s “Act-East Policy,” just like the ASEAN countries. India needs Japanese technology and investment in its Northeastern region, and geographically the terrain in this part has many similarities with that of Japan, increasing the investment compatibility.

The Northeastern area is a sensitive border region, and New Delhi has not allowed other countries to invest in the region. The case of Japan is different, and the collaboration in the region shows the high levels of trust that India has in Japan.

It is nevertheless true that quite a few challenges remain.

First, coordination at the local level between Japanese entities and different Northeastern states which may not be easy.

Second, a limiting factor is that all of these Northeastern states are in different stages of development.

Third, the terrain in this region is mountainous, and this part of the country is also prone to earthquakes, although these are issues Japan is accustomed to dealing with.

Fourth, it could be a challenge to execute the projects on schedule, since each one involves coordination between different agencies at the central and regional governments in India, and at the corporate and national levels in Japan.

Those challenges will eventually be worked out. Suffice it to say, cooperation between India and Japan in Northeast India is here to stay and appears set to increase in the future.

Japan has provided an Official Development Assistance (ODA) loan of ￥14,926 million JPY (about $137 thousand USD) for the “North East Road Network Connectivity Improvement Project (Phase 4)”. India and Japan will also be cooperating in India’s Andaman and Nicobar chain of islands, a no-go area for any other foreign nation.

RELATED: Why India Renamed 3 Islands in the Andaman and Nicobar Archipelago

Andaman and Nicobar Islands: How the Seas Bring India and Southeast Asia Closer

At the same time, in the long run Assam has the potential to be a hub between India and the neighboring countries of Bhutan, Nepal and Myanmar.

JICA has also provided aid to the Guwahati waterworks supply scheme which aims at providing clean drinking water to the residents of the city of Guwahati.

Northeast India has been an essential part of Japan’s Free and Open Indo-Pacific vision, which has been the highlight of Japanese foreign policy ever since the administration of the former Japanese Prime Minister Shinzo Abe. This has also continued into the Suga Administration.

In the light of China’s belligerent posture, it is all the more essential that India and Japan join hands in the Indo-Pacific and this growing cooperation in Northeast India is just another manifestation of the same.

Dr. Rupakjyoti Borah is a Senior Research Fellow at the Japan Forum for Strategic Studies, Tokyo. He has also been a Visiting Fellow at the University of Cambridge, the Japan Institute of International Affairs (JIIA), Japan and the Australian National University (ANU). The views expressed here are personal. Twitter @rupakj