Malabar 2021: More Important than Ever for Peace in the Indo-Pacific Region 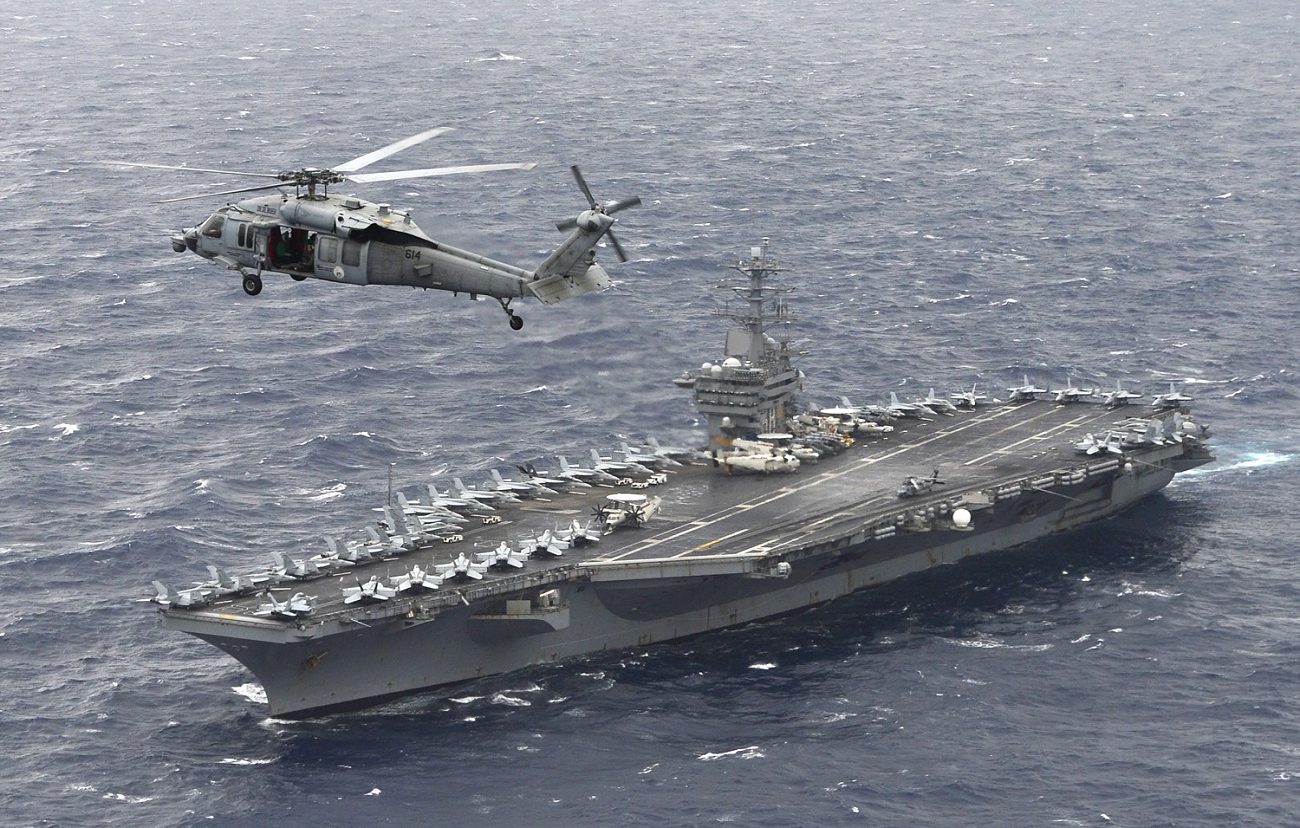 The recently-concluded Malabar naval exercises provided an excellent opportunity for the member countries ー India, Japan, Australia and the United States ー to hone their cooperation and interoperability in the maritime realm.

These exercises started as bilateral exercises between the Indian Navy and the U.S. Navy way back in 1992.  For India, this was at the beginning of it’s “Act-East Policy”, which was known then by its earlier nomenclature, the  “Look-East Policy”. In both cases, the policy looks at improving India’s historical links with the countries of East Asia and Southeast Asia.

Why do they Matter?

First, it matters all the more now after the debacle in Afghanistan, with observers across the world comparing the withdrawal from Kabul to America’s exit from Vietnam. This is the perfect occasion for the U.S. to show that it remains committed to the Indo-Pacific and to its allies and friends in the region.

RELATED: Pullout from Afghanistan Gives the U.S. a Free Hand to Rebalance to Asia

Second, China under President Xi Jinping has been on a belligerent path, especially as seen in Xi Jinping’s speech at the 100th anniversary of the founding of the Chinese Communist Party where he warned that foreign powers will "get their heads bashed" if they try to bully or influence China. The maritime commons in the Indo-Pacific is under threat from Chinese expansionism and hence nations like the U.S., India, Japan and Australia need to pull their act together to ensure that the peaceful international order in the region is not disturbed.

Third, the threat to Japan has also increased. Last year, Chinese President Xi Jinping was supposed to visit Japan, but that did not happen due to a host of factors. At the same time, China has been keeping up with its pressure tactics against Japan around the Senkaku Islands for quite a while now.

In addition, Australia’s participation is also important since it had walked away after its participation in the 2007 edition of the Malabar, and although it had expressed a wish to join these exercises for a couple of years, it was not realized quickly. Finally, Australia seems to have learned the hard way that China would not flinch from bullying when it comes to its strategic interests. Having a robust economic relationship (as in the case of Australia and China) was no guarantee that the political ties would follow a similar trajectory.

Fourth, the annual Malabar exercises are a means to test the responses of these four countries, all of which are also members of the Quadrilateral Security Dialogue (the “Quad”), to various existing and potential threats. The presence of special forces, for example, shows that these countries are trying to deal with non-traditional threats.

Fifth, the Malabar exercises are very important for India itself. Earlier on in his first term, Prime Minister Narendra Modi had laid out the concept of SAGAR, or “Security and Growth for all in the Region,” when he visited Sri Lanka and Maldives in March 2015 during his first term as the Prime Minister. India is gradually increasing its strength in the naval realm, and it recently conducted the trials for its first indigenously built aircraft carrier, the INS Vikrant.

There are Still Challenges

This coordination, however, is not as easy as it looks.

First, there are vast areas where coordination has yet to be materialized among these countries. All four countries have high levels of trade with China, and it remains to be seen whether and how they come to balance their domestic economic interests vis-à-vis political relations with respect to China.

Second, among all these four nations, only the U.S. is a permanent member of the United Nations Security Council, and hence these countries are at a disadvantage when taking on the might of China.

Yet, the Malabar exercises are surely a sign of the times. Earlier in March this year, a virtual summit meeting of the Quad leaders was held where they leaders noted “together, we commit to promoting a free, open rules-based order, rooted in international law to advance security and prosperity and counter threats to both in the Indo-Pacific and beyond.” The statement went on to say, “ We support the rule of law, freedom of navigation and overflight, peaceful resolution of disputes, democratic values, and territorial integrity.”

The latest edition of the Malabar exercises is in sync with this joint statement.

The maritime realm will be key to checking China’s imperial ambitions and hence it is all the more important that the navies of India, Japan, Australia and the United States keep increasing their interoperability.

An Op-Ed in China’s well-connected Global Times portrays it this way: “The U.S. is eager to unite allies and partners, which reflects its strategic anxiety.” This clearly shows that China is keeping tabs on the Malabar exercises and the Quad.

The fact that this was the second iteration of the Malabar exercises in as many years with the participation of all four Quad member countries shows that this arrangement is here to stay.

Dr. Rupakjyoti Borah is a Senior Research Fellow with the Japan Forum for Strategic Studies in Tokyo. The views expressed are personal. Find his articles on JAPAN Forward at this link and on twitter at @rupakj