France’s Crisis and Renault-Nissan Woes: What Do They Have in Common? 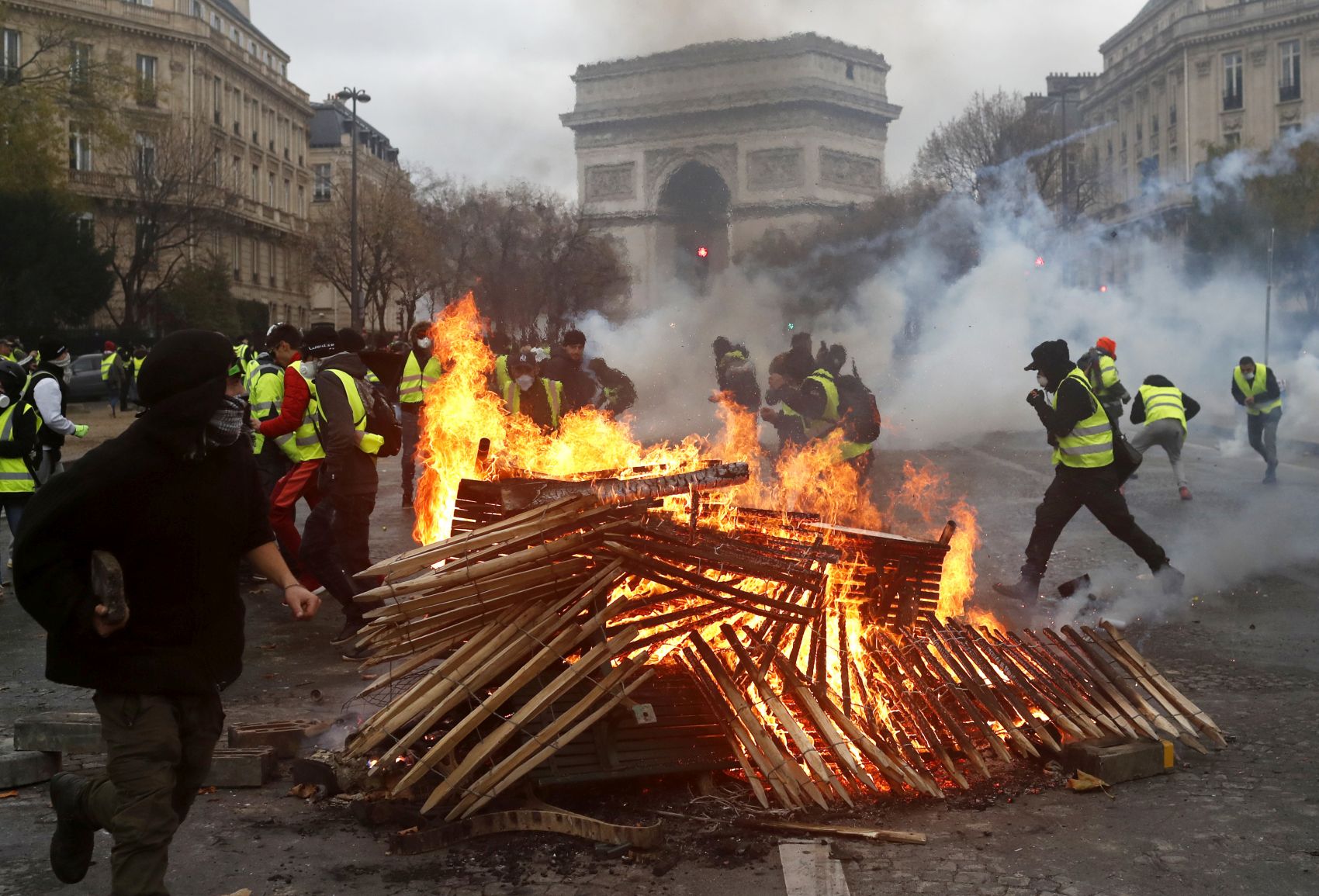 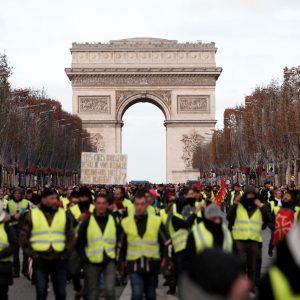 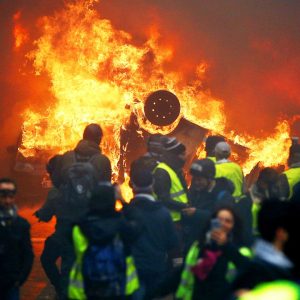 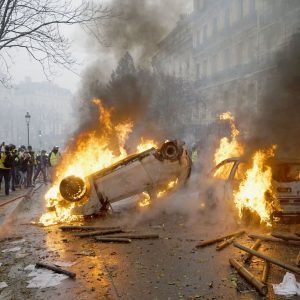 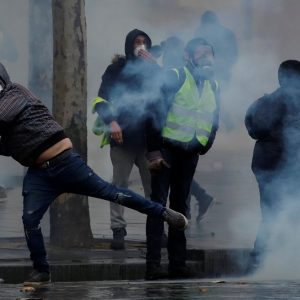 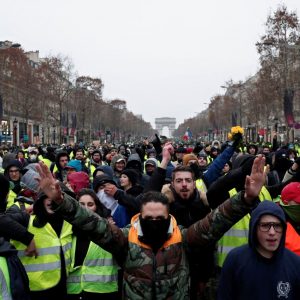 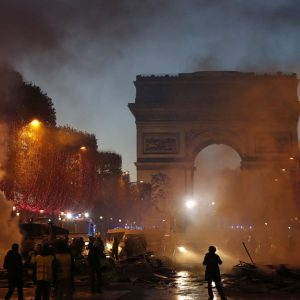 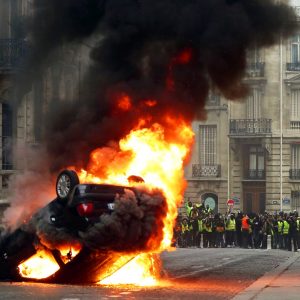 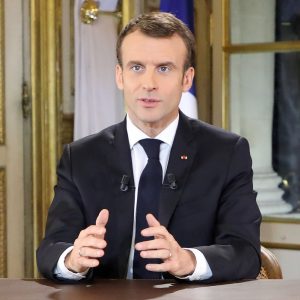 The red-colored holiday lights along the Champs-Elysees, designed to create a romantic atmosphere for couples, now evoke of the color of flames and blood.

For two weeks straight, Paris has been in an upheaval characterized by tear gas, arson, and stone throwing. The holiday sales season has been a complete ruin. Even the café downstairs from our apartment was targeted.

Protests against a government policy to raise the tax on gasoline beginning January — symbolized by “yellow vests” — have spread spontaneously around the city. Opinion polls have shown that 80% of the people support the protests.

Many joined as part of a backlash against the Macron administration in general. “We want something done about our hardships in life, not higher taxes,” said a 72-year-old Parisian woman.

For French President Emmanuel Macron, this crisis follows in the wake of troubles surrounding the Renault-Nissan alliance. The two issues have more than cars in common.

The cause of the affliction in both cases is the state-run economy, in which the government plays an extremely powerful role. It intervenes even in private enterprise, leading French citizens to blame everything on the government. The sluggish economy is likewise “the government’s fault.”

In the wake of the arrest of former Renault-Nissan-Mitsubishi chairman Carlos Ghosn, Macron and Minister of the Economy and Finance Bruno Le Maire called for “stability” in the Renault-Nissan alliance — rather than allow Renault’s interim management to make the call. In doing so, the two demonstrated another manifestation of the current affliction in France.

Renault just this past summer announced domestic investments totaling EUR1 billion (about JPY130 billion) in the development and production of electric cars — a project promoted by the President Macron. About 5,000 jobs are to be created in 2019 from this project, and its fate now lies in the hands of Nissan.

In France, it is a common occurrence for citizens to display their complaints by protesting. In a tradition brought about by revolution, public protest is seen as a right, and the government is hesitant to stamp it out with any show of force. Thus, rioters take advantage and do as they please.

Both Nicolas Sarkozy and Francois Hollande, the past two presidents of France, were plagued by successive protests and low approval ratings. And, both left office after only one term.

Macron, who made a dashing entrance just in 2017, already has a low approval rating in the 20% range. After just a year and a half in office, he’s facing a fate similar to his predecessors.

If the national government takes the lead in everything, the private sector loses its vigor. The Concorde supersonic airliner, the TGV high-speed railway and nuclear reactors, all born out of postwar France, were made possible by huge national investments. The Concorde was retired 15 years ago. Other heavy industries are now enduring long-term decline.

According to 2015 statistics of the Organization for Economic Cooperation and Development (OECD), government expenditures account for 56.6% of France’s gross domestic product (GDP). The figure for Japan is 39.4%. The economy’s level of dependence on government is extremely high in France.

Philippe Simonnot, former financial reporter for the French paper Le Monde, commented: “As a matter of course, all decisions are ‘top down.’ Isolation in global markets is remarkable. If this continues, other countries will turn away from us.”

At the G20 Summit, Macron met with Prime Minister Shinzo Abe in an attempt to discuss the alliance between the three automobile companies: Renault, Nissan, and Mitsubishi Motors. However, he met with disappointment when Abe dismissed the issue, saying, “Governments should not get involved.”

The French unemployment rate has hovered around a high 10% for the last 10 years, and Macron’s call for incentives for entrepreneurs has yet to bring about any booming new industries.

The government is attempting to use foreign capital as an impetus for economic recovery. However, using Nissan’s achievements to solve a domestic predicament is not a “partnership.”

The prescription for France’s affliction is “private sector vitality.”

Treatment can only be administered by the government and the citizens. Those in the French media who have ignored this context and portrayed the arrest of Ghosn as a “Japanese conspiracy” are barking up the wrong tree.

Mina Mitsui is chief correspondent of the Sankei Shimbun Paris bureau. She has started her journalistic career at the Yomiuri Shimbun, and was Paris Bureau Chief (2011-2015) and Jerusalem Bureau Chief (2006-2009). She published several books; “Islam in Europe” 2015 Shincho-Sha, (Chinese translation published in Taiwan, 2017).