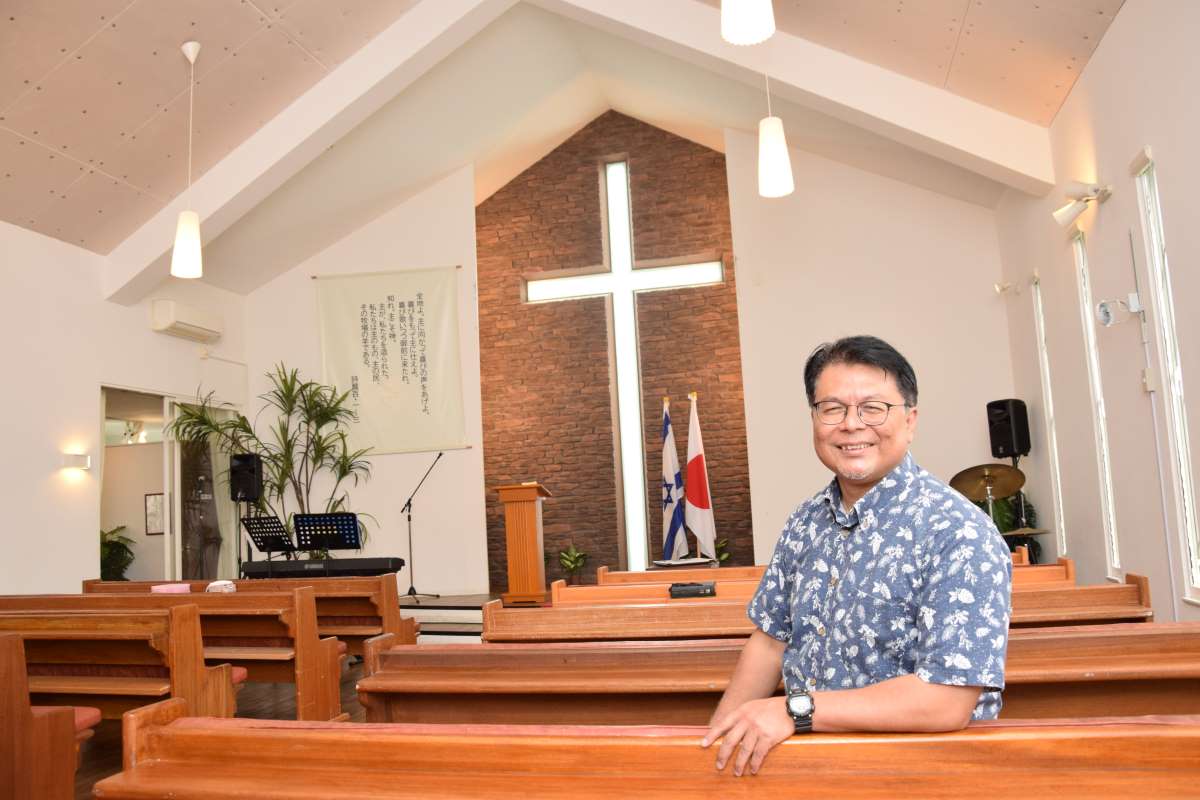 In September, the Okinawa gubernatorial election was held along with 24 municipal assembly elections, which attracted a wide variety of candidates.

One of them was Ryuichi Sunagawa, the 52-year-old pastor from Nanjo City.

Child of a Soldier

Ryuichi was born Johnny Sunagawa Escovedo to a former American soldier and a Japanese woman who worked in a restaurant frequented by American soldiers. According to Ryuichi, this is a common story and there are many "hafu" in Okinawa.

His parents divorced when he was little. Afterward, he and his older sister were raised by their mother alone. This, too, is a common story.

Their lives were marked by poverty. At that time, having a Japanese father was a prerequisite for obtaining Japanese citizenship. Without it, Ryuichi couldn't receive adequate public assistance.

He still remembers being overjoyed when he finally received Japanese citizenship at the age of 13. He chose the name "Ryuichi" because it was the name of a character from his favorite manga.

But unlike the character Ryuichi, who was popular and strong, the real Ryuichi was viciously bullied in junior high school. He became the target of a group of delinquents who punched and kicked him every day. He was never without fresh wounds.

Although he managed to escape the bullying by studying hard and entering a technical high school, he dropped out because teachers insulted his mother by calling her a "nightlife worker."

Having lost sight of his future and on the verge of giving up on himself, his mother urged him to go to the United States to see his father.

Back then, traveling abroad was a pipe dream for most. But Ryuichi's mother took out a huge loan to purchase a plane ticket for him. She hoped that her son would regain his confidence once he knew his father.

But it was all in vain. Although Ryuichi was welcomed by his father, who had remarried, the language barrier prevented them from making any meaningful connection. Ryuichi's arrival also created a rift in his father's family.

He felt he had hit rock bottom: nobody needed him, and nobody loved him. His face, his heart — everything about himself he loathed.

But three words, spoken by the Japanese pastor who interpreted for him and his father, saved him.

After returning to Japan, Ryuichi studied at a seminary and started a church in Okinawa. He wanted to reach the hopeless and tell them, "You are loved."

Helping children from disadvantaged families became a core focus of his efforts. Ryuichi married at the age of 24 but chose not to have any biological children. Instead, he fostered orphans and children who had been abused, becoming a father figure to 20 children, including those to whom he provided short-term care.

Ryuichi also became active in political campaigns — a passion triggered by the North Korean abductions issue. He couldn't accept that families had been torn apart and sympathized with conservatives who were committed to solving the issue.

He also ran for the city assembly and called for increased taxation on gambling establishments, as he believed that the biggest cause of children's unhappiness was their parents' gambling addiction.

Despite coming last in the election and failing to win a seat, Ryuichi wasn't discouraged.

Bringing Smiles with the Love of a Father

Looking to the future with hope, he says, "God never makes mistakes. There must be a meaning to this result as well."

The gubernatorial election held on the same day resulted in the reelection of Denny Tamaki. He, too, was born to an American father who was a soldier and raised by a Japanese single mother.

Although their political beliefs differ considerably, Ryuichi sends these words of support to the Governor, for the future of Okinawa's children:

"I'm half-Japanese and so is the Governor. But our suffering was less about racial descent and more about not being able to receive the love of a father and mother equally. I want Okinawa to be a place where children from such a background can also smile."