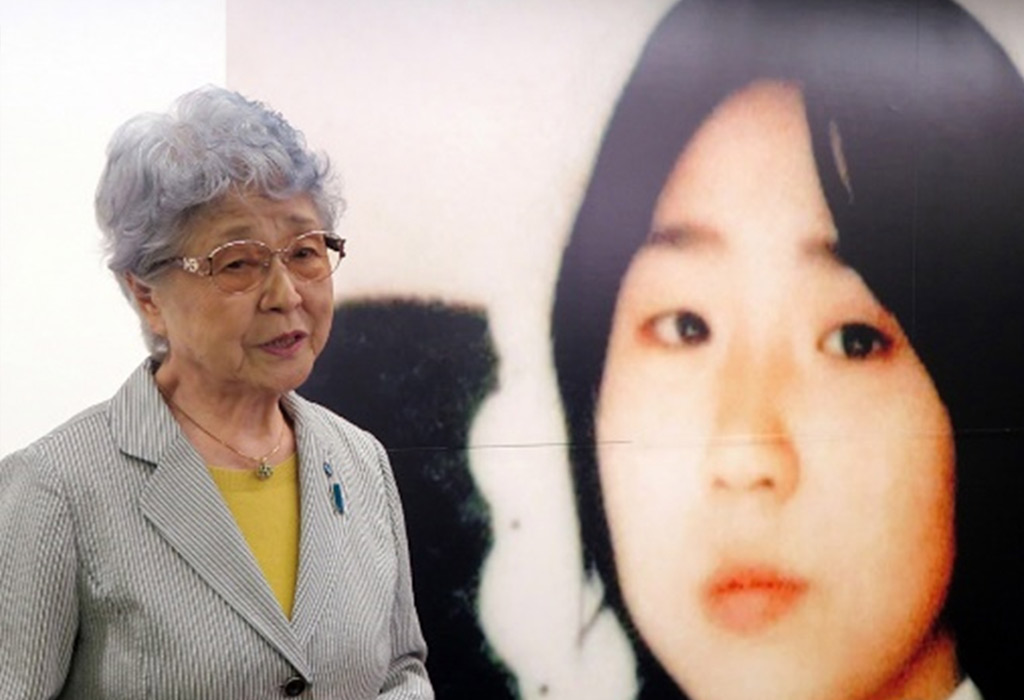 Sakie Yokota with a picture of her daughter Megumi, who celebrated her 58th birthday still in captivity in North Korea after being abducted by agents of Pyongyang when she was 13 years old.

Megumi Yokota was born on October 5, 1964, at a hospital in Nagoya, Japan. In the same month, the Tokaido Shinkansen bullet train opened on the 1st, and the Tokyo Olympics opening ceremony was held at the National Stadium on the 10th.

Her mother Sakie felt that her daughter was born during an "amazing time." The sun seemed to always shine on baby Megumi.

But Megumi's family was plunged into darkness on November 15, 1977. By then, they had moved to Niigata for her father Shigeru's work. Megumi was on the way home from badminton practice at her junior high school when she was abducted by North Korean agents. She was only 13.

A long, brutal battle was forced upon the family. Two years ago in June, Megumi's father passed away. He and Sakie had said, "Megumi was born in the year of the Tokyo Olympics, so we want her home before the next Tokyo Olympics, no matter what."

The Tokyo Olympics was held a year late because of the pandemic, but Megumi still did not come home.


'I Will Squarely Confront This Evil'

On October 5, Megumi turned 58. The day before her birthday, Sakie stated firmly, "I will squarely confront the evil that took away our precious daughter." Until Megumi is reunited with her family, her birthday will always be marked with sadness.

Already 45 years have passed since Megumi's abduction, and Sakie is now 86 years old.

Takuya, Megumi's younger brother, said: "North Korea's hostage diplomacy has not changed. What has changed is that my father and others who fought on the front lines have passed away. The abduction issue cannot be deemed resolved unless the abductees are returned in time to meet their parents."

In a policy speech on October 3, Prime Minister Fumio Kishida stated that he and his administration would "do our utmost to realize the return of all abductees to Japan as soon as possible, without missing any opportunities."

He added that they would "seek to normalize diplomatic relations between Japan and North Korea by comprehensively resolving various pending issues, including the abductions, nuclear weapons, and missiles, and putting our unfortunate past behind us."

But Kishida's speech lacked conviction. He should have made clear that negotiating for the normalization of relations was out of the question until the abduction issue was resolved.

As if to mock Kishida's speech and the heartrending appeals of the victims' families, North Korea launched a ballistic missile on October 4. It passed over Japan's Aomori Prefecture before finally falling into the Pacific Ocean.

Kishida condemned the act as "outrageous." But rhetoric alone will not change anything. A breakthrough in the abduction issue requires hardline negotiation backed by maximum pressure on North Korea, delivered through the potent instrument of international indignation.