Japan-India Relations at 70: From the Peripheries to Center Stage 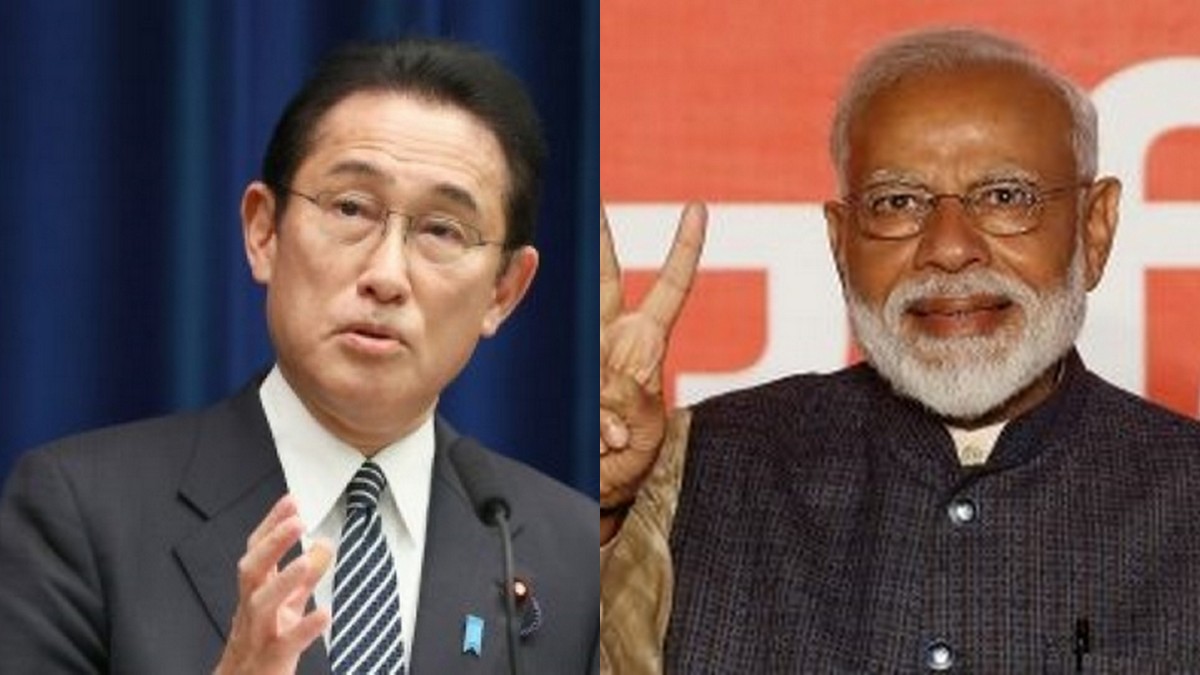 Indo-Japanese relations enter their 70th anniversary in 2022, and it indeed has been a seven-decade long journey of significant milestones and shared visions for the future. Today, the India-Japan Special Strategic and Global Partnership remains firmly rooted in history. Common values are its mainspring for advancing shared strategic objectives and progress for the benefit of the Indo-Pacific region.

When India declared its independence from British colonial rule and governance on August 15, 1947, Japan was among the first nations to recognize its sovereignty. India, on its part, declined attending the San Francisco Peace Conference in 1951, arguing against the limitations being placed on Japan’s sovereignty and pointing out the United States’ failing to take due recognition of the wishes of the Japanese people.

Instead, India chose to enter into a bilateral peace treaty with Japan in 1952, as part of which India waived all reparation claims against Japan. New Delhi also became one of the first Asian nations to establish diplomatic ties with Tokyo on April 28, 1952.

The above notwithstanding, the subcontinent of South Asia remained in the periphery as far as Japan’s post-war “Asia vision” was concerned, especially in comparison to its far more profound engagement with East and Southeast Asia. During the mid-20th century, South Asia professedly was the “other Asia” for Japan. A systemic dissection of the Asian continent into its many sub-regions revealed that Japan’s presence in South Asia — be it economic, political, or strategic — came nowhere close to the impact it wielded in the other subregions.

Despite its dense population (1.97 billion today), which makes up 24.9% of the globe’s humanity, South Asia’s widely dispersed poverty, limited industrialization, and inward-looking economic policies imposed limits on Japan’s economic and diplomatic penetration in the region, as William R. Nester notes in his 1992 book, Japan and the Third World (Palgrave Macmillan).

Japan’s limited influence in South Asia was reflected also in terms of the scanty reference in books, magazines, academic journals, or other media dealing with Japan’s relations within Asia. For instance, a Far Eastern Economic Review article on the changing role of Japanese sogo shosha (general trading companies) in Asia did not even mention South Asia.

During that time, South Asia and the South Pacific constituted two sub-regions where Japan was not involved in any striking conflicts. Besides, both remained of lesser geo-economic status.

Foreign policymaking in Japan has leaned towards being rather reactive, principally responding to external developments and gravity. Since the postwar period, Japan and South Asian nations were best defined as distantly estranged Asian neighbors, with a conventional view that Japan came to act only under heavy “external pressure” (gaiatsu). At the same time, Akihiko Tanaka argued in Japanese Foreign Policy Today: A Reader that gaiatsu did, at times, play a critical role in bringing key Japanese foreign policy initiatives to fruition.

Tokyo’s post-war foreign policy between 1952 and 1973 followed a strategy of separation of economics and politics (seikei bunri), whereby it avoided involvement in almost all international issues. This phase, however, abruptly ended in late 1973 with the quadrupling of oil prices by the Organization of the Petroleum Exporting Countries and the oil embargo by the Arab states.

It was at this point that Japan arrived at the realization that it was no longer possible to separate economics from politics.

Rising from the ashes of 1945, Tokyo’s exponential growth miracle rendered it an economic superpower. In turn, this enabled Japan to master a neo-mercantilist strategy that lasted from 1973 until 1990. It was in this period that Japan’s foreign economic presence throughout the Third World (including South Asia) expanded rapidly.

Tokyo was confronting a range of issues in its quest for diversified sources of markets, raw materials, cheap labor, and energy. The country’s policy toward the Third World became a foundational strategy through which Tokyo employed foreign aid as a diplomatic tool to spread its influence across the Third World, including South Asia.

Emerging Confidence in its Asian Neighborhood

Japan’s interest in South Asia, and particularly India, grew very gradually from 1991, following several high-profile investment missions. Among them were a tour by officials from the Federation of Economic Organizations (Keidanren) and a first ever visit by the minister of international trade and industry in 1995.

The decade of 1980s saw relations between the global economic power (Japan) and South Asia (particularly India) improve dramatically. The primary factors behind this were Japan’s ambition to re-emerge as an international actor, with premier at the time Yasuhiro Nakasone’s repeated call for the “internationalization of Japan.”

His successor, Noboru Takeshita, echoed that Japan needed to revive and widen the ambit of its ties with other nations, and not singularly deal with the West, including the United States. This approach seemed to stem from the friction that Japan was experiencing with Washington and Europe over matters pertaining to trade, tariffs, and investments, which were seen as a serious challenge to Japan’s economic growth.

In its search for newer markets and partners, South Asia as a region emerged as a natural contender, with its enormous size — and potential.

Growing Commitment to the Region

The visits of successive prime ministers from Yasuhiro Nakasone (1982 to 1987) to that of Toshiki Kaifu (1989 to 1991) only strengthened that “peace and stability in Asia is a matter of great concern to Japan,” as Kaifu put it in April 1990. He also noted, “The development of this region, inhabited by…one-fifth of all mankind, is in itself one of the major interests of the whole world.”

Kaifu further underscored that Japan would seek a deepening of engagement on issues, without limiting dialogue to agenda items on bilateral or Asian issues alone. This was why the visit of Prime Minister Kaifu to four South Asian countries — India, Bangladesh, Pakistan, and Sri Lanka — became a landmark in the history of Japan-South Asia ties.

Japanese premiers had previously visited South Asia in 1957 (PM Nobusuke Kishi), 1961 (PM Hayato Ikeda), and 1984 (PM Yasuhiro Nakasone). However, it was by means of Kaifu’s visit that Tokyo sought to convey its achievement of Asian economic powerhouse status.

Tokyo’s policy interests and approach, traditionally limited to East and Southeast Asia until then, were increasingly seeking a shift towards South Asia.