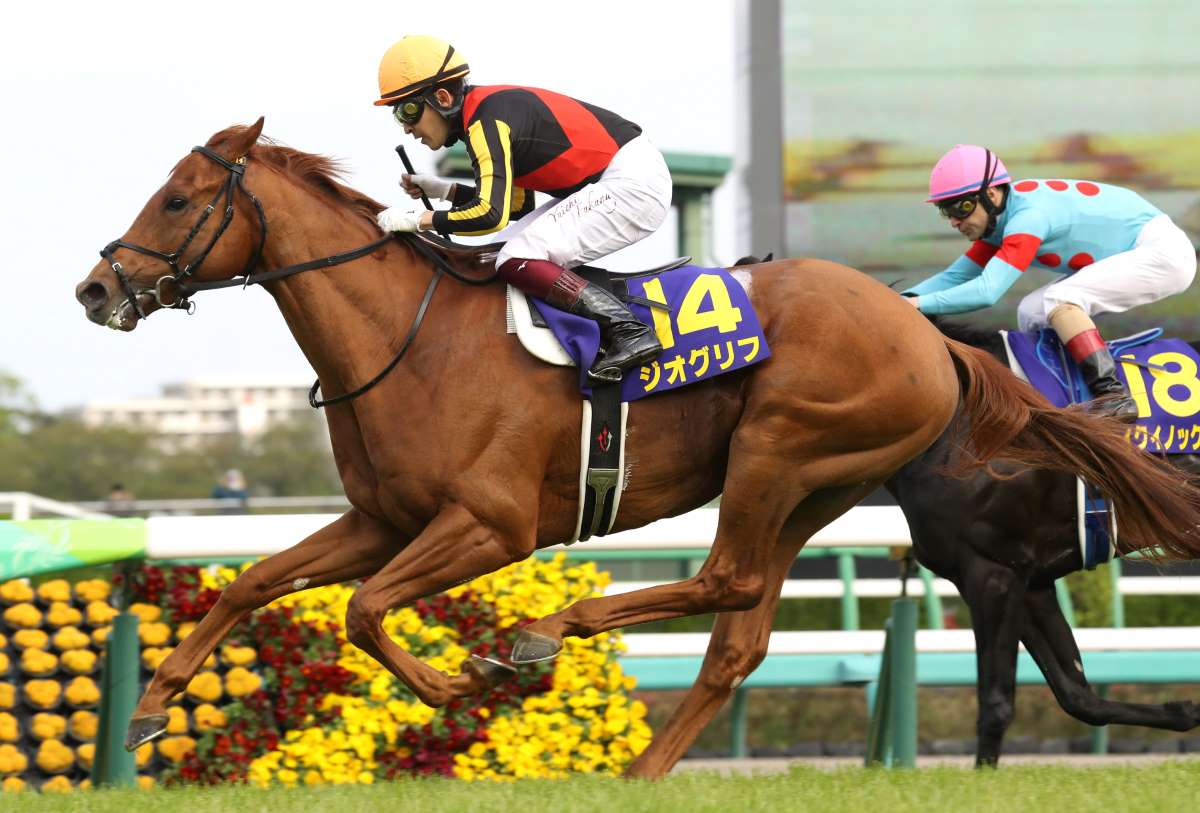 Geoglyph and Yuichi Fukunaga triumphed in the Satsuki Sho, the first leg of the Japanese Triple Crown, on April 17. Their dynamic victory brings additional interest and buzz to the second leg of the Triple Crown, the Tokyo Yushun (Japanese Derby) on Sunday, May 29.

This story was first published in Japanese by our media partner Shukan Gallop, a weekly magazine specializing in horse racing under the umbrella of The Sankei Shimbun Co. as a Sankei Sports Special Edition. Launched in October 1993, the popular magazine is loved by many Japanese horse racing fans.

Join JAPAN Forward and Shukan Gallop as we share some of the backstory on Geoglyph and other top contenders in Japanese horse racing today.

Geoglyph Returns to the Spotlight

Now comes one of the biggest races of a lifetime.

Geoglyph, the Satsuki Sho winner, will ride on the fresh green turf in Fuchu to solidify his position as the center of his generation.

Up next: the Tokyo Yushun (Japanese Derby) on Sunday, May 29 at Tokyo Racecourse.

Reflecting on the First Leg of the Triple Crown

Before saddling up for the second leg of the Japanese Triple Crown for 3-year-olds, winning jockey Yuichi Fukunaga looked back at the Satsuki Sho (Japanese 2000 Guineas), the first race of the series, on April 17 at Nakayama Racecourse in Funabashi, Chiba Prefecture.

“He (Geoglyph) made a good start although he was not well-positioned at the starting gate,” Fukunaga recalled. “Getting that position was crucial in winning the race. All that remained was deciding when to make a move. I pressed him to an outside position before the fourth corner and he responded well, just as I felt he was in a good shape during the workouts.

“I ran the race to win, and it was a perfect race."

It was Fukunaga and Geoglyph’s first race together, and they triumphed after a gripping battle.

Bursting out of the gate from the 14th post position, he positioned himself in fifth to sixth, and came within close range of the leading pack at the fourth corner. He raced in a duel with stablemate Equinox, who attempted to break away first in the stretch, and won by a length.

After winning the Sapporo Nisai Stakes (G3) in September 2021 in his unbeaten debut season, Geoglyph was beaten in the Asahi Hai Futurity Stakes (G1) last December, finishing fifth, and in the Tokinominoru Kinen (G3), he placed second in February. Geoglyph was the fifth favorite in the race, treated as a dark horse.

Ready for the Tokyo Yushun

Geoglyph spent three weeks at Northern Farm Ten-ei in Fukushima Prefecture and returned to the stable on May 11. His final workout one week before the race on May 18 was on a woodchip flat course. He breezed through seven furlongs in 98.7 seconds and the last furlong in 11.5 seconds, finishing a neck ahead of 3-year-old Coralline on the inside and together with 6-year-old Paradise Reef on the outside.

After running alongside two stablemates, Geoglyph is fired up and is ready for the race. Jockey Fukunaga, who came from Ritto Training Center in Shiga Prefecture, did not ride him that day, but rode his stablemate Avverare.

"I only watched him walk, but he looked good. I'll find out and adjust when I ride him next week," Fukunaga said, looking ahead to riding the horse in the coming race.

After Tokyo Yushun victories aboard Wagnerian in 2018, Contrail in 2020, and Shahryar in 2021, Fukunaga is seeking his fourth victory in the race. Entering those three races, he had guided the horses from their debuts.

But in the Japanese Derby, Geoglyph and Fukunaga will team up for the second time.

"This is a different process from the three horses I have ridden with from training, but I think my experience with the previous three horses will come in handy. Geoglyph has been well trained. His trainer, Tetsuya Kimura, and his staff value jockeys' feedback, and it's very rewarding,” said Fukunaga, indicating a strong sense of trust toward the horse and the trainer team.

Regarding the change from 2,000 meters on the Nakayama turf to 2,400 meters on the Tokyo turf, the only thing Fukunaga instructed the trainers to do was the gate training.

“I don't feel that the longer distance is better for Geoglyph, but he has the form to handle the distance, so it's not a problem,” said Fukunaga, expressing a high regard for his horse’s ability. “He is not a horse that wants to run freely and would go out of control.”

The veteran jockey also analyzed the Satsuki Sho and commented about other horses, saying:

"In the Satsuki Sho, I think we won because we had a perfect race. Equinox and Danon Beluga (the fourth-place finisher), who had just come out of a break, have a lot of room to grow, and I think the change to 2,400 meters in Tokyo will help them. Do Deuce seemed to be in great shape, and if he can maintain that condition, he could do very well.”

Geoglyph has been suffering from roaring or whistling since before his racing debut. (In an explanation on its website, VCA Animal Hospitals summarized the condition, which it called “an abnormal respiratory noise during exercise, this way: “Anything that interferes with the smooth passage of this increased airflow may result in the horse making an audible noise and performing poorly.)

“He’s had whistling both in training and in races. You never know when his performance will decline, and there is always a risk. But it’s not affecting his running and he’s won a G1 race,” said Fukunaga, expressing confidence in his partner.

Geoglyph means “terrestrial picture.” The colt is set to engrave his presence once again as the best in the hand-to-hand power structure of his generation.

(This article was first published by Shukan Gallop on May 23, 2022, in Japanese.)