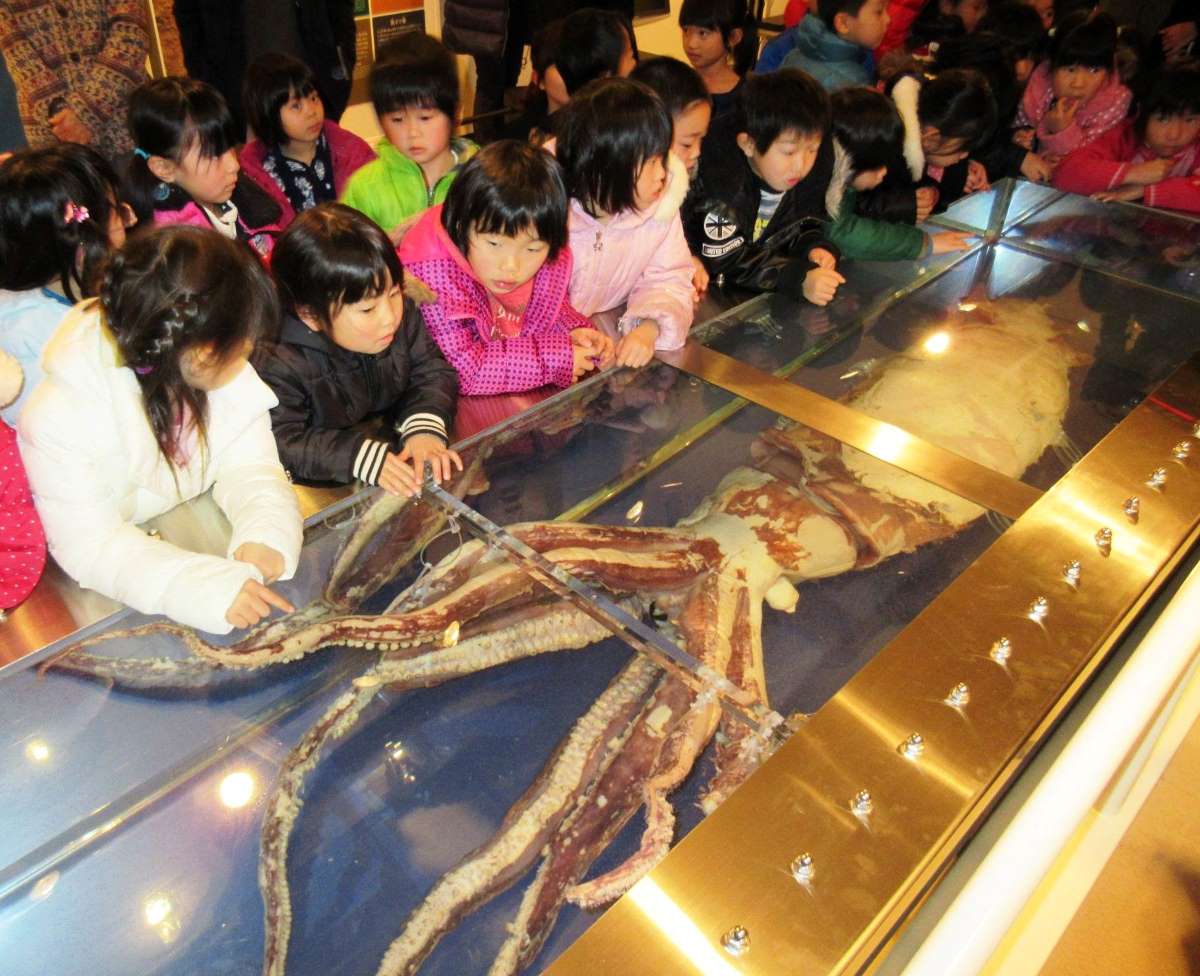 The giant squid is one of the world's largest invertebrates that lives in the deep sea. It is believed to be the origin of the legend of "Kraken," a monster feared by sailors in the age of sea exploration.

Although the animal remains shrouded in mystery, recent research analyzing individuals that have drifted ashore on the Sea of Japan coast has revealed a unique reproductive method that differs from that of other squids.

There is still much to learn about this giant creature that lurks in the depths of the sea.

In April of this year, a local fisherman discovered a large red squid drifting in the sea at Ugu Beach in Obama City of Fukui Prefecture.

A city official who rushed to the site upon hearing the news found a giant squid measuring 3.35 meters in length. It had washed ashore, but its arms were still flapping.

One resident among those gathered on the beach remarked in awe, "It was huge." Another noted, "It's rare to see one alive." Later, at the Echizen Matsushima Aquarium (Sakai City, Fukui Prefecture), children were able to see the squid on display.

Giant squid are often found washed ashore on the coasts of Japan. With their two long tentacles extended, they can reach up to 18 meters in length.

The deep sea is broadly defined as depths over 200 meters. But according to Tsunemi Kubodera, 71, a marine biologist and honorary researcher at the National Museum of Nature and Science, giant squid mainly live in middle layers of the ocean between 600 to 1,000 meters.