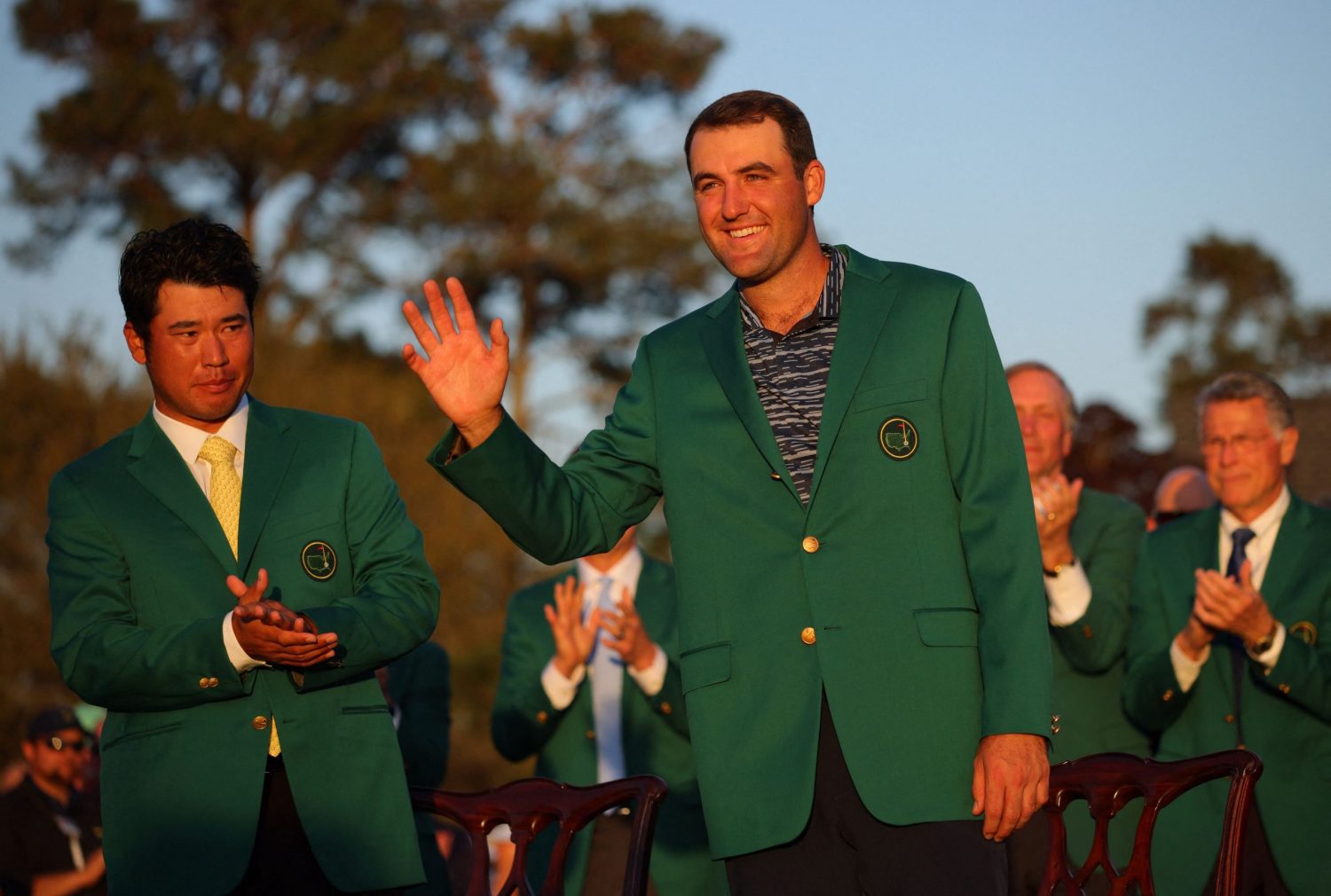 Scottie Scheffler celebrates with his green jacket after winning the Masters as 2021 winner Hideki Matsuyama stands next to him and applauds in Augusta, Georgia, on April 10. (Brian Snyder/REUTERS)

Scottie Scheffler lived up to top billing on the final day of the Masters, winning the title by three strokes over Rory McIlroy on Sunday, April 10.

The world No. 1 shot his fourth consecutive under-par round and his second consecutive 1-under 71 to complete the year’s first major at 10-under 278.

McIlroy had his best-ever finish (and tied the final-round record) at the Masters, carding a 7-under 64 on Sunday to climb into second place at 271. Hideki Matsuyama, the 2021 Masters champion, shot a 72 in the fourth round to complete the tournament at 2-over 290. Shane Lowry and Cameron Smith finished tied for third at 283.