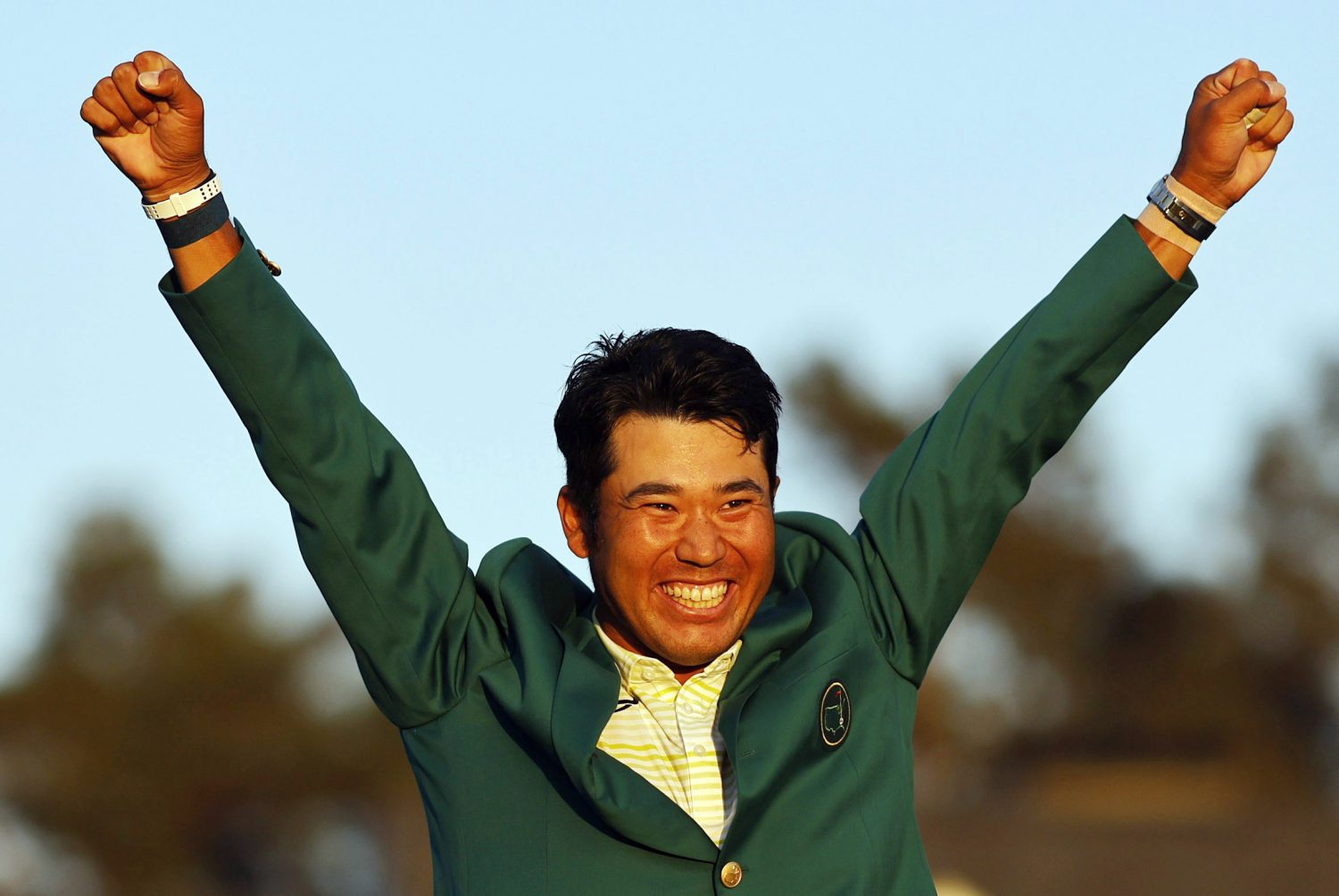 The long wait is finally over for Japan.

Hideki Matsuyama won the 2021 Masters on Sunday to become the first Japanese to capture a men’s golfing major on Sunday, April 11.

The 29-year-old Matsuyama went into the final round with a four-shot lead and held on with a 1-over 73 and a one-stroke win over American Will Zalatoris.

For a while it looked like Matsuyama would cruise to victory. He opened up a comfortable five-stroke lead after a steady front nine that included a bogey and three birdies.

But then the notorious water traps on the back nine at the famed Augusta National came into play as Matsuyama, who shot a 7-under 65 in the third round, saw his lead shrink to just two strokes heading to the final hole at the Augusta National Golf Club.

With a straight drive off the tee on the par-4 18th and Zalatoris already in the clubhouse after his 70, Matsuyama had a little wiggle room, but not much.

“That tee shot on 18 was the most important shot for me,” said Matsuyama who turned professional in 2013.

His approach shot on 18 found the greenside bunker. He blasted out to about five feet then two-putted for his fifth bogey of the day but it was enough to secure the historic win.

“I’m sure I gave the fans back in Japan a little scare there so I’ll try to win easier next time,” Matsuyama said after accepting the green jacket from the tournament’s previous winner Dustin Johnson.

Things got tense when Matsuyama’s second shot on the par-5 15th went into the water and he ended up with his third bogey of the day.

There was more drama on the par-3 16th where Matsuyama had his fourth bogey when his steady putting suddenly deserted him. But his playing partner Xander Schauffele, who was only two strokes back at the time, found the water off the tee and triple bogeyed the hole to fall out of contention.

“I was nervous for the entire round, right to the very last putt,” Matsuyama said. “I was thinking about [my family] all day and am happy to win it for them.  Hopefully, I’ll be a pioneer in winning this and many more Japanese will follow."

Indeed, it was an emotional day for Matsuyama. The human drama on the final hole underscored that fact.

"When the final putt went in, I really wasn't thinking of anything," Matsuyama said. "But then hugging Xander — but then when I saw my caddie, Shota [Hayafuji] and hugged him, I was happy for him because this is his first victory on the bag. And then it started sinking in, the joy of being a Masters champion."

Not surprisingly, Matsuyama was feeling nervous when the day began. Asked about that after he won the tournament, he described it this way: "My plan this morning was to wake up about 9:30. But needless to say, I arose much earlier than that and couldn't go back to sleep. So I came to the golf course early. Had a really good warm-up. I felt really good going to the first tee, until I stood on the first tee, and then it hit me that I'm in the last group of the Masters Tournament and I'm the leader by four strokes. And then I was really nervous."

He added: "But I caught myself, and the plan today was just go out and do my best for 18 holes. And so that was my thought throughout day, just keep doing my best. Do my best."

Matsuyama, a native of Ehime Prefecture, first played in the Masters 10 years ago as the Asia-Pacific Amateur winner when he was the only amateur to make the cut in 2011.

Matsuyama’s best shot at a major prior to Sunday was in 2017 at the PGA Championship when he was one shot behind with three holes to play but missed a crucial par putt and settled for a share of second place.

Other Japanese golfers from Isao Aoki to Shigeki Maruyama have performed well overseas, but none with the consistency of Matsuyama who has 15 international wins, including six on the PGA Tour. He has reached as high as No. 2 in the world.

Aoki became the first Japanese man to win on the PGA Tour (Hawaiian Open, 1983) and finished second in the U.S. Open (1980). Tommy Nakajima broke into the top 5 in the world rankings but never won a major. Maruyama won three times on the PGA Tour.

Shingo Katayama (2009) and Toshimitsu Izawa (2001) finished fourth at the Masters for the best finish among Japanese golfers at Augusta prior to Matsuyama.

Before Sunday, Matsuyama had entered the final round of a major in the top five a total of five times only to come up empty-handed.

Matsuyama’s win at Augusta ends a lengthy drought. His last win was in August 2017 at the WGC-Bridgestone Invitational.

A Breath of Fresh Air

Matsuyama’s historic win was a breath of fresh air in Japan and couldn’t have come at a better time for Olympic organizers who have been battered by a series of recent controversies.

Yoshiro Mori, the head of the Tokyo 2020 organizing committee, was forced to step down over making disparaging remarks about women and then the Tokyo Games' creative director Hiroshi Sasaki resigned after making demeaning comments about a well-known female celebrity.

Already pushed back a year due to the pandemic, the Tokyo Games could use some good news.

Following his win, Matsuyama was asked about representing Japan at the 2020 Olympics.

“I’m really looking forward to the Olympic Games in Tokyo,” Matsuyama said. “If I am on the team, and maybe it looks like I will be, I’ll do my best to represent my country, and hopefully I’ll play well.”

There was even some suggestion that Matsuyama might be picked to light the Olympic cauldron at the Opening Ceremony.

“It would be quite an honor,” Matsuyama said. “But I’m not sure about the schedule. If the schedules worked out and I am in Japan when that happens and they ask me, what an honor that would be.”

Tiger Woods tweeted a congratulatory message to Matsuyama after the final round concluded.

"Making Japan proud, Hideki," Woods wrote on Twitter. "Congratulations on such a huge accomplishment for you and your country. This historical @TheMasters  win will impact the entire golf world."

Greg Norman, who won more than 90 tournaments during his illustrious career, also expressed his thoughts about Matsuyama's historic feat on the social media platform.

"Congratulations, Hideki Matsuyama, on a phenomenal @TheMasters  win," Norman tweeted. "A terrific achievement for you and for Japan."