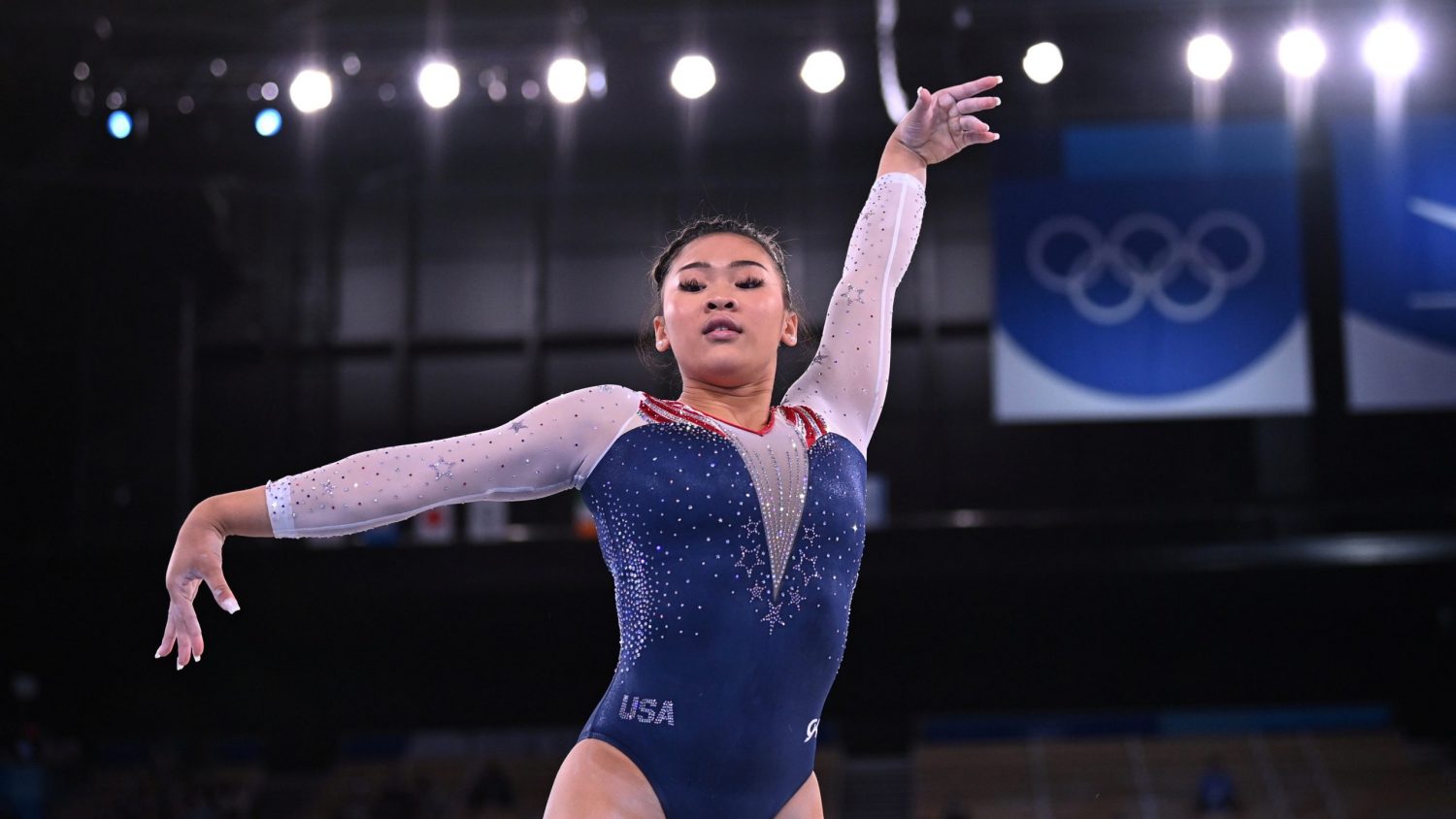 Sunisa Lee of the United States in action during the floor exercise at the Ariake Gymnastics Centre. REUTERS/Dylan Martinez

Sunisa Lee charmed the world with her performance in the women’s  gymnastics all-around final on Thursday, July 29, sealing the top spot on the podium for the United States for the fifth consecutive Olympic Games.

Lee made history at the Ariake Gymnastics Centre by being the first gymnast of Asian descent to win the women’s all-around.

The gymnast scored a stunning 15.300 on the uneven bars, with the hardest routine performed at the competition. She racked up an all-around score of 57.433.

“I was nervous, but I did my best,” Lee told reporters after the competition. “I’m just super proud of myself for making it here because there was a point in time when I wanted to quit.

At just 18, the Minnesota native is the youngest member of the American gymnastics team. She won the U.S. championship title on the uneven bars in 2019. The same year, she won silver at the World Gymnastics Championships.

Yet, she has also endured a challenging two years.

In 2019, she suffered a broken foot. The same year, her father, and Lee’s most fervent fan, fell and was injured while trimming a tree, and underwent surgery the day that she competed. Lee pushed through, and came in second that day.

Upon hearing about her win in Tokyo, Lee’s family posted their jubilation on Twitter.

The competition in the gymnastics final at the Olympics was fierce. A surprise stellar performance came from Brazil’s Rebeca Andrade. The 22-year-old also scored 15.300 on the vault, amassing a total of 57.298 points. She only narrowly missed out on the top prize, after she landed out of bounds on the floor routine.

Andrade suffered a torn knee ligament in 2019 and had to undergo surgery. Yet despite this, she won the first-ever Olympic medal for her country in women’s gymnastics.

Angelina Melnikova, representing the Russian Olympic Committee, snatched the bronze medal. The 21-year-old had ranked 28th in Rio de Janeiro in 2016, and in just five years closed the gap to reach the podium by racking up 57.199 points.

After the final, an overjoyed Melnikova told journalists: “When the scores came up, all my dreams came true.”

Mai Murakami was considered the ace of the Japan team and was the only one of the Japanese women to qualify for the all-around individual competition. Her best achievement was in the floor category, totalling 14.000 points, the highest score in that phase of the final. Overall, the Sagamihara-born gymnast scored a total 56.032, making her fifth overall.

“Of course I wanted a medal, that is why I fought hard,” said a slightly disappointed Murakami after the match. Yet, she reflected stoically: “My left elbow was hurting yesterday, to the point where I was considering not competing today. But because I had nothing to lose, I think I was not worrying too much, and I managed to do my best today.” She concluded: “I think I understand the right direction in which I can move forward.”

A heartwarming highlight of the night was also provided by 2016 Rio all-around gold medalist Simone Biles, who was there to cheer on her American teammates from the stands. Biles, who hasn’t lost an all-around competition since 2013, withdrew from the competition on July 28 to focus on her mental health.

Yet, the absence of the Olympic champion, which must have come as a blow to her teammates, gave Lee a chance to step up to the challenge of the occasion. And she flawlessly delivered.