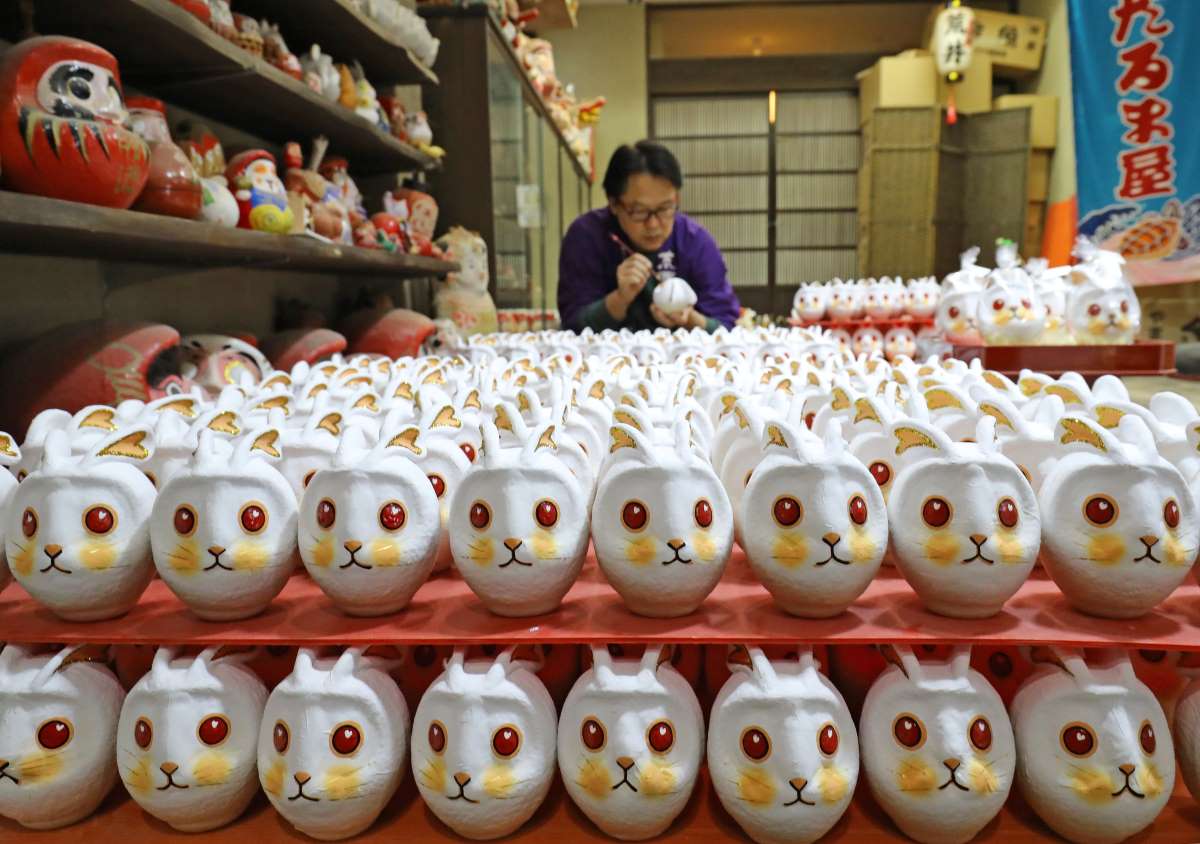 It's peak season at Arai Daruma, a small traditional shop in Hiratsuka City, Kanagawa Prefecture. Beginning with the shop owner, they are busy making daruma dolls for the new year of 2023.

The 150 year old company specializes in handcrafting daruma papier-mâché Japanese dolls. These objects are considered lucky because traditionally, when they are knocked over, they never fall down.

Each year starting from November, Arai makes new daruma dolls in the image of a zodiac animal for the following year. And the rabbit is the animal for 2023 in the Asian 12-year cyclical calendar.

Seikan Arai, the 67-year-old owner, is the fourth generation operating the store. He hopes that 2023 will be a year of leaps and bounds, in which, much like the jump of a rabbit, “we could overcome the difficulties and tragic situations such as the COVID-19 pandemic and the Ukrainian war.”

Due to global economic problems, the prices for essential raw materials such as the paper and varnish used in making the dolls have gone way up. But Arai says he will not raise the price of the dolls because they are "lucky charms."

(Read a related article in Japanese at this link.)