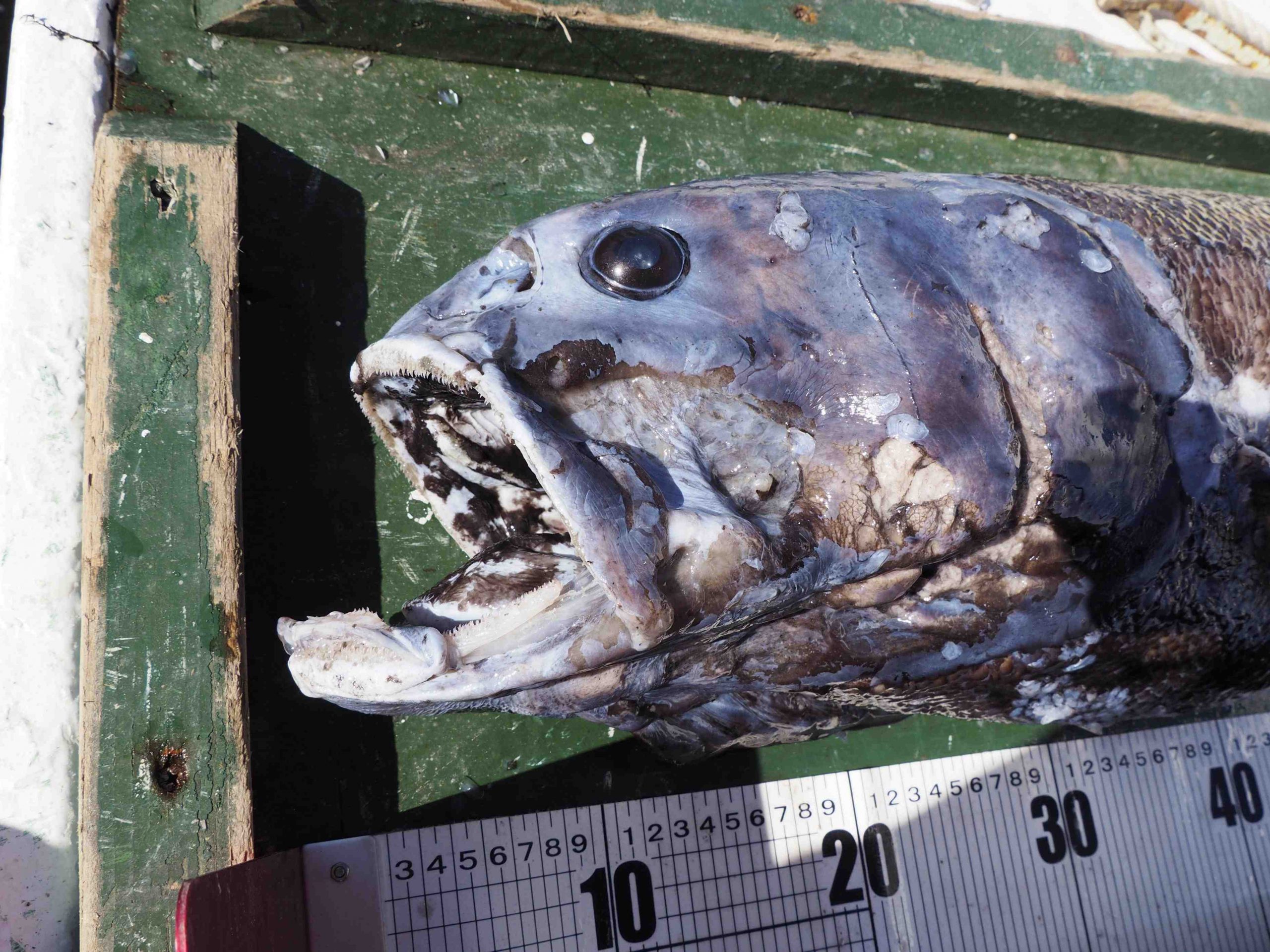 
“At sunrise, glorious sunrise, it’s a big catch!”. The first thing that comes to mind when I hear of sardines is “Big Catch” by poet Misuzu Kaneko, who wrote the poem as she watched sardine fishing.

The fish are not only an important source of protein for people. Sardines have been preyed upon by various living creatures from bigger fish to whales, dolphins and seabirds.

However, this time the sardines are different. They can measure 1.4 meters in total length, and reach up to 25 kilograms in body weight.

Although these sardines are a species of the sekitori-iwashi (sekitori sardines) or slickheads, the fish are close to four times the size of normal sardines. They have superb swimming ability, and digested fish remains have been found inside their stomachs. As a new predator species at the top of the food chain, on January 25, they have been given the name of yokozuna iwashi.

The yokozuna iwashi were discovered at a depth of more than 2,000 meters in Suruga Bay, along the Pacific Ocean off Shizuoka Prefecture. Suruga Bay is known as the deepest bay in Japan.

Due to lack of light, phytoplankton, a major food source, are unable to photosynthesize in the deep sea. Because of this insufficiency, the number of living things has generally been thought to be low.

However, a characteristic of Suruga Bay is that its depths are situated close to the land. Vast amounts of substances carrying nutrients, like Mount Fuji’s snowmelt, are thought to be flowing into the sea here, filling it with nature’s blessings. The area is even a habitat of the megamouth shark, known as a rare species among the deep-sea sharks. More new species will surely be discovered in Suruga Bay, which is still largely a mystery.

Speaking of mysteries, we mustn’t leave out the issue of large-scale earthquakes. Along the ocean floor of Suruga Bay is a long narrow trench called the Suruga Trough. It marks the boundary between the Eurasian plate to the west and the Philippine Sea plate to the east, and is known to be accumulating stress from both.

The surrounding region has been free of major earthquakes for more than 160 years, since the Ansei-Tokai earthquake in 1854. Therefore, a continuous warning has been issued that “it could happen anytime”.

It is just one of many reasons why we need to keep our eyes on the deepest bay in Japan.

RELATED READ: 71 Cities in Japan At ‘Very High’ Risk of 3-Meter-High Tsunami Within the Next 30 Years

(Find Access to the article in Japanese at this link.)