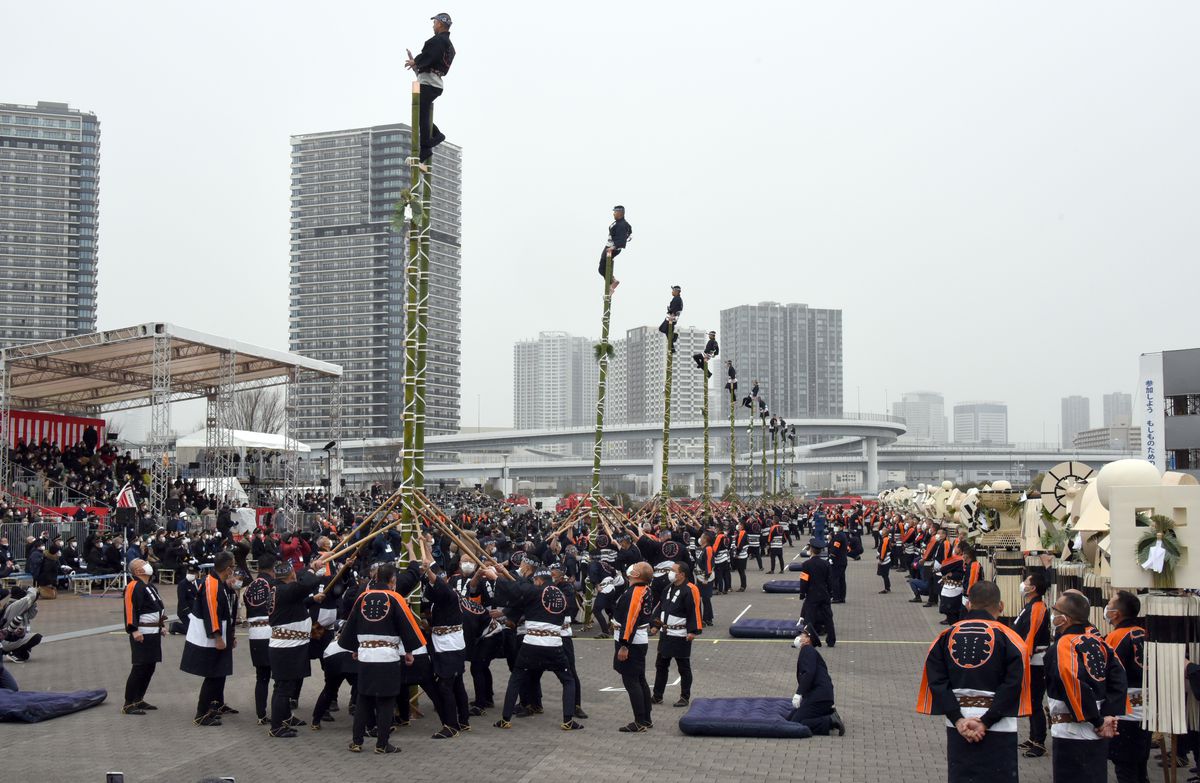 For the first time in two years, the Tokyo Fire Department’s New Year ceremony was held in front of the general public on January 6, 2022 at the Ariake Waterfront Area Disaster Prevention Park in the city’s Koto-ku ward.

Drones were used to monitor an imaginary fire outbreak from the sky, and drills were conducted to show how people are rescued and fires extinguished.

In his keynote remarks for the ceremony, Fire Chief Hirofumi Shimizu referred to the tragic murder of 24 people at a mental health clinic in a building in central Osaka last December 2021 where an arsonist had intentionally set a fire and blocked the exits.

“We are conducting on-site inspections of buildings with similar structures,” the chief reassured the public, adding: “We will continue to thoroughly implement measures to protect public safety and security.”

Under a cold wintery sky, the firemen demonstrated how drones are used to help firefighters in the event of a fire or other emergency. They also conducted emergency service drills on how to help people who had hypothetically inhaled harmful substances leaked from tanks broken after a major earthquake.

A favorite part of the event is always the traditional ladder ride that conveys Japan’s culture dating from the Edo Period on how to extinguish fires.

According to the Tokyo Fire Department, a total of about 2,100 people participated in the New Year 2022 celebration, including the fire brigade workers and members of fire brigade groups.