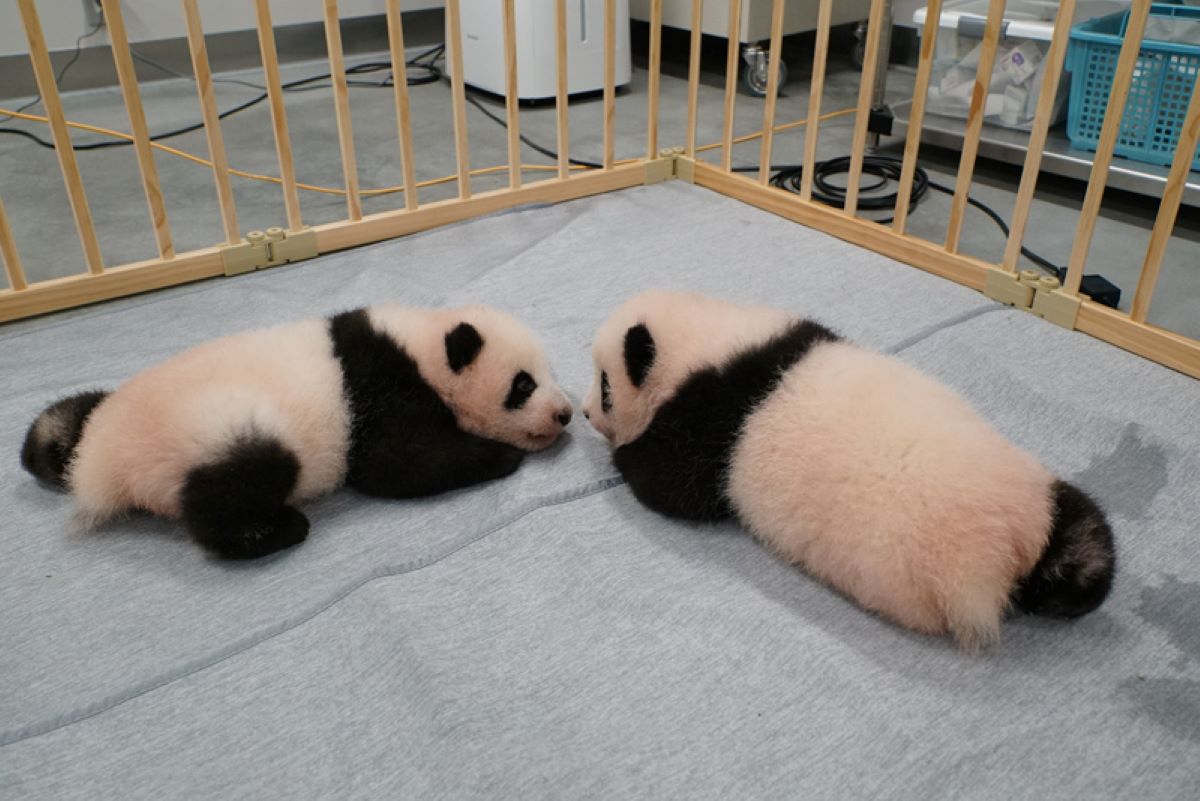 The time to name Ueno Zoo’s twin panda cubs is fast approaching, and it’s a much bigger job than you might expect. The zoo announced on August 26 that they received 192,712  name suggestions from the public for the giant panda cubs born on June 23.

This time, the zoo received 188,720 name ideas for the twins via Internet submission and 3,992 via suggestion boxes placed at the park. This may seem a lot, but is actually fewer than when their older sister, Xiang Xiang was born four years ago, and the public provided 322,581 name suggestions.

A naming committee consisting of six members, including television personality Tetsuko Kuroyanagi and music critic Reiko Yukawa, have been appointed to narrow down options for the cubs. They will meet at the end of September, 2021.

Based on their recommendations, Tokyo will decide on the two names and announce them in mid-October.

According to the zoo, the twins are three months old and in good health. Measured on the 90-day anniversary of their birth, the female weighed 5.2 kg and the male 5 kg, both up markedly from their birth weights of 146 grams and 142 grams, respectively.

You, too, can follow the baby pandas at Ueno Zoo at this link.

(Read the Sankei Shimbun report from which excerpts were taken in Japanese at this link.)