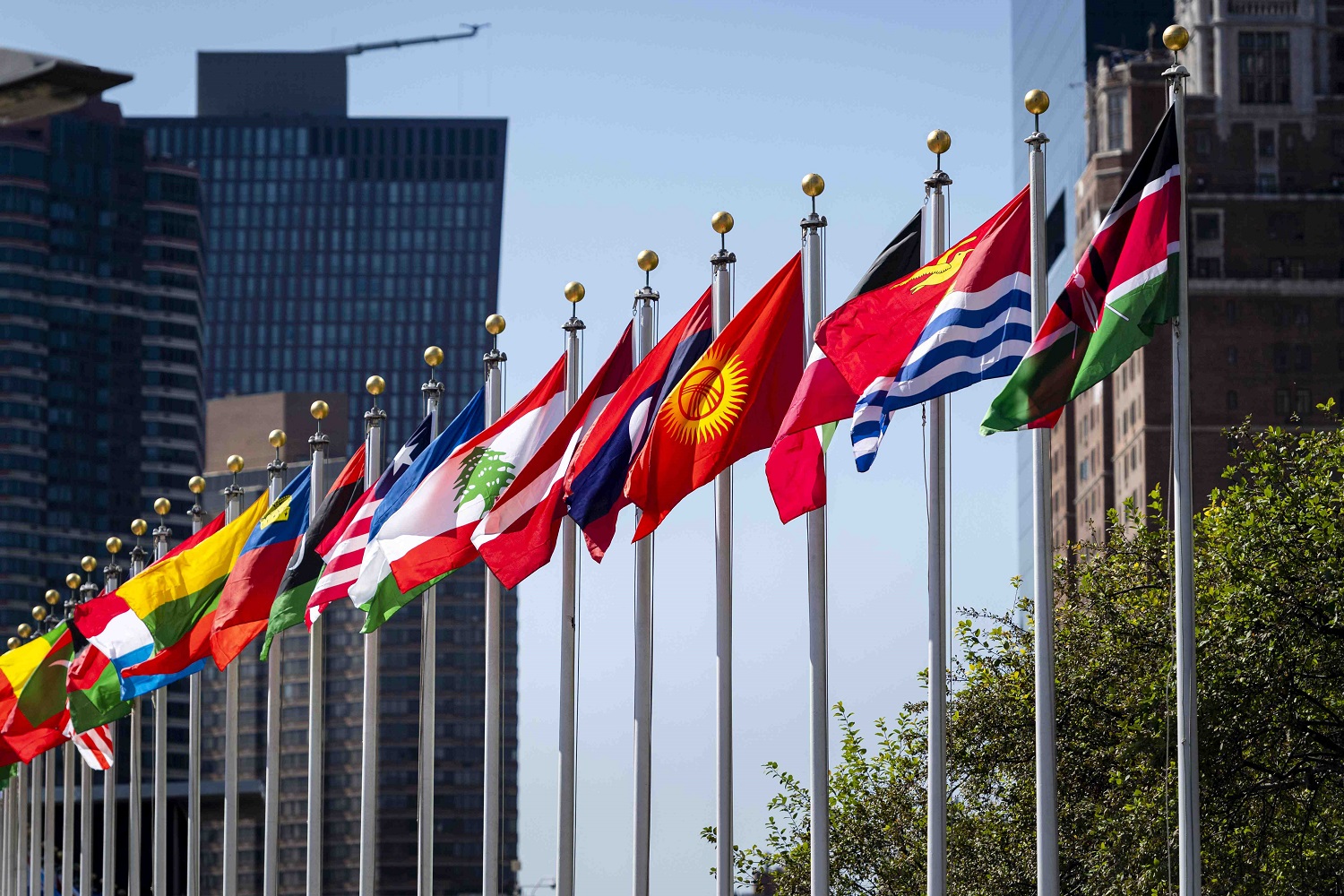 The Japanese government is moving to more assertively vie for top posts in international organizations, including those belonging to the United Nations, partly as a means of countering China’s growing influence on the world stage.

This summer a Japanese candidate will seek election as director-general of the Universal Postal Union (UPU), one of 15 UN specialized agencies. It is the first time a Japanese has stood for this post. The Japanese government is also establishing a new cross-agency liaison conference to discuss strategic development of talent and related matters.

Currently, Chinese hold the top posts in four specialized agencies of the UN, and Beijing continues to deepen its influence through them. In contrast, Japanese fill no top positions.

That is troubling since these UN agencies have important responsibilities, including the drawing up of rules. Japan is now pursuing a long-term strategy in response to the problem.

The UPU is the agency responsible for establishing the rules for international logistics as well as international postal services. With the COVID-19 pandemic having given a tremendous boost to cross-border commercial transactions, this function has assumed greater importance.

The election for the next UPU director-general will take place in August 2021, when the 27th Universal Postal Congress meets in Abidjan, capital of the Ivory Coast (Cote d’Ivoire).

Masahiko Metoki, a veteran Japanese postal official who has served as chair of the UPU Postal Operations Council, will be facing off with candidates from Switzerland and Belgium in a three-person race.

A Japanese government source commented on the candidate, saying, “Metoki has a proven international track record and is well-known in member countries — he’s the perfect candidate.”

February 2021 saw the first meeting of a liaison conference among Japanese agencies, co-chaired by the Ministry of Foreign Affairs (MOFA) and National Security Secretariat (NSS), in which representatives from 16 ministries and agencies participated. The meeting confirmed a new proactive and coordinated government-wide policy for securing more posts in international organizations. There are to be consultations on how to develop talent and field attractive candidates. A second meeting of the conference is scheduled for this summer.

Behind Japan’s new push is concern that it’s status in the world is slipping.

From the 1980s, Japanese have served as director-general of several UN specialized agencies and subsidiary bodies, including the World Health Organization (WHO) and United Nations Educational, Scientific and Cultural Organization (UNESCO). However, since the death in 2019 of Yukiya Amano, who had served as director-general of the International Atomic Energy Agency (IAEA), there have been none.

Having more Japanese working in the secretariats of international agencies is absolutely essential if Japan wants to have influence within them. That is because even though these secretariats are officially neutral, having Japanese serving in key posts would facilitate communication and relationships-building.

China is also a consideration, as Beijing steadily raises its profile on the international stage. Chinese currently hold the top position in the UN Food and Agriculture Organization (FAO), the International Telecommunications Union (ITU), and two other UN agencies.

A foreign ministry official warns, “China believes that by getting its people in these posts, it can influence international public opinion and the fashioning of common rules in ways favorable to itself.”

In contrast to Japan, which has been reducing overseas development assistance (ODA), China has been eager to use its economic power as a weapon by furnishing assistance to developing countries in Africa and elsewhere.

During the election in 2020 for director-general of the World Intellectual Property Organization (WIPO), the United States and other countries teamed up to block the election of the Beijing-backed candidate. Japan, too, ended up withdrawing its own candidate in order to back the U.S.-preferred candidate. Tokyo thereby forcefully demonstrated the weight it gives to solidarity with friendly countries.

In February 2021, Tomochika Uyama, a veteran diplomat who in the past headed MOFA’s International Trade Division, was named as a high-level special advisor to the director-general of the World Trade Organization. The Japanese government was instrumental in establishing this new post in which Uyama will provide direct support to Director-General Ngozi Okonjo-Iwaeala in her efforts to reform the WTO and in other areas.

A source at the foreign ministry was enthusiastic about Uyama’s appointment, saying, “He is thoroughly familiar with trade issues in Asia and the structure of trade.”

The UN procures goods and services from companies in many countries for use in assistance to developing countries, peacekeeping operations, and other activities. Its total annual expenditures for such procurement exceed ¥2 trillion JPY (18.3 billion USD). However, Japanese companies are being far outpaced in this area by their counterparts in China and other countries.

In fact, although the UN spent $19.9 billion USD (roughly ￥2.2 trillion JPY) on procurement in 2020, Japanese companies only received about 1% ($133 million USD, or ￥14 billion JPY) of that total. Japan placed only 39th among the countries in the world, below not just the United States and China, but also South Korea.

The items procured by the UN are quite varied, including transport services and motor vehicles, prefab houses, foodstuffs, and medical/pharmaceutical supplies. Although a company must be registered in order to participate in contract bidding, the number of Japanese firms that have done so trails those in China and South Korea.  tril

Consequently, Japan’s foreign ministry has started holding seminars on UN procurement, with some 200 companies participating in one held last February. The seminars have started to bear fruit, with, for example, a company which participated in that seminar winning a contract from the United Nations Children’s Fund (UNICEF) to supply freezers for the storage of COVID-19 vaccines.

Since UN assistance to developing countries tends to be centered in Africa and the Middle East, Japanese companies can be at a disadvantage in bidding due to shipment costs and other factors.

However, a foreign ministry source says, “There are high expectations for Japanese companies offering superior products and services, and this offers them a foothold to enter new markets.”