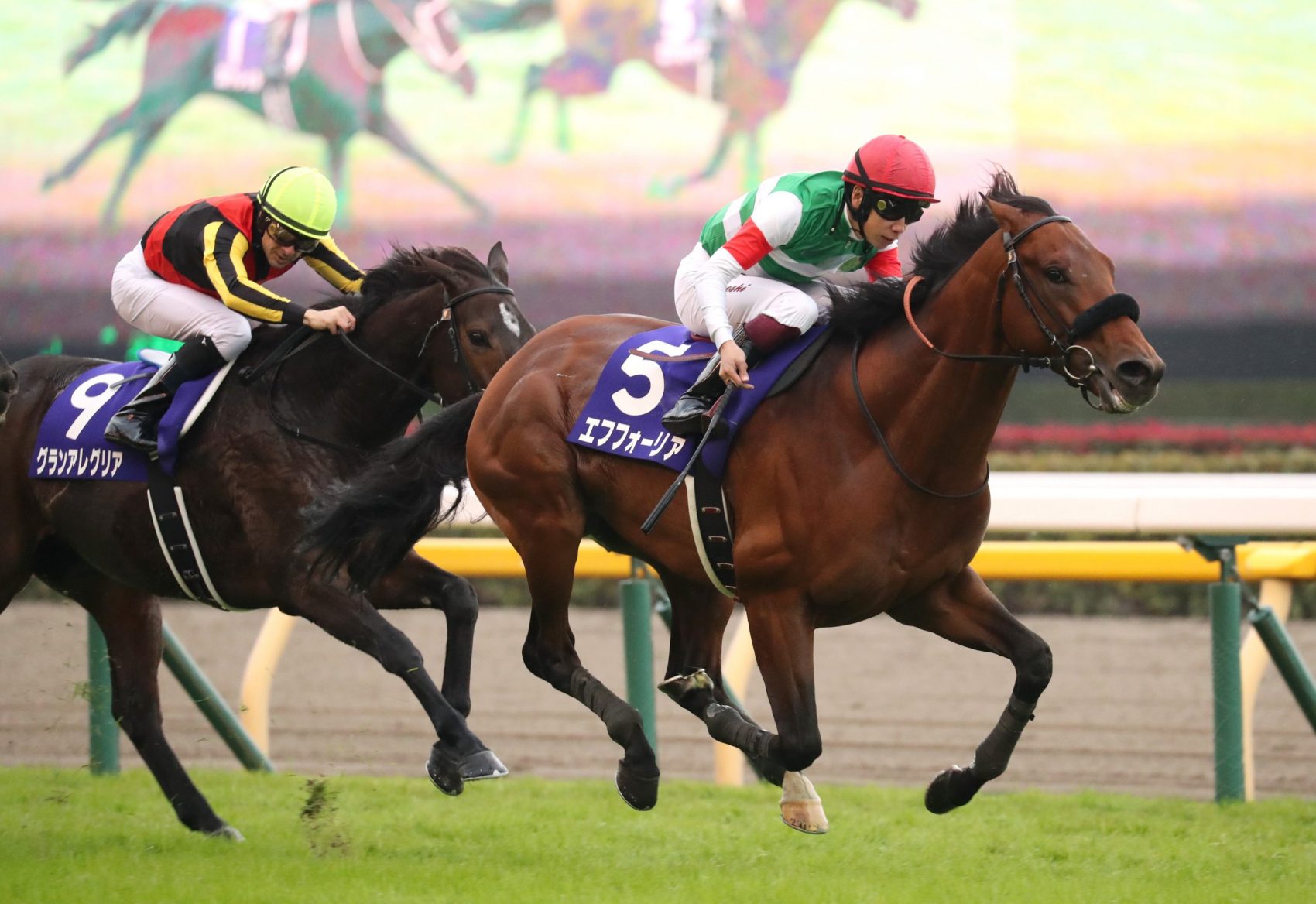 The Tenno Sho, which means Emperor’s Prize, has been an annual event in Japanese horse racing since the late 1930s, not once, but twice a year.

The 164th Tenno Sho (Autumn) authored a story tied to the event’s rich history, and also made the race’s latest event special in and of itself at Tokyo Racecourse. Up-and-coming jockey Takeshi Yokoyama, 22, conquered a deep, talented field and won a Grade I race for the second straight week, defeating favorite Contrail by a length in the 2,000-meter showcase on Sunday, October 31.

With a third-place finish, the victory streak in the race ended for Frenchman Christophe Lemaire, Gran Alegria’s jockey. Lemaire was the 2018 champion aboard Rey de Oro, followed by back-to-back wins with now-retired legend Almond Eye in 2019 and ’20.

Sitting aboard the 3-year-old Efforia, Yokoyama burst out of the gate from his No. 5 post position and effectively controlled his ride’s journey from start to finish, collecting his third Japan Racing Association G1 career victory. Trainer Yuichi Shikato also earned his third G1 win.

And who was the last 3-year-old to win the Autumn Tenno Sho?

In the early going, Efforia was a couple strides behind the pace-setters. He never fell out of contention, though, and maintained a solid pace throughout the race.

Kaiser Minoru set the pace but eventually faded toward the back of the pack in the race’s closing sequence.

Efforia secured the victory at the 200-meter pole and held off Contrail and Gran Alegria’s spirited pursuit down the final stretch, operating from the outside with ample room to move to his legs.

It was Efforia’s first starting assignment against older competition, and he was ready for the challenge. Contrail is 4 years old, Gran Alegria is 5.

On October 24, Yokoyama and Titleholder triumphed in the 82nd Kikuka Sho at Hanshin Racecourse.

Seven days later, he joined his father, Norihiro, and grandfather Tomio as winners of the Tenno Sho (Autumn).

In 1969, the family patriarch held the reins as Mejiro Taiyo triumphed.

In 2009, Norihiro Yokoyama rode Company to victory, with his 8-year-old horse becoming the oldest first-time winner of a Japanese G1 race.

Not surprisingly, Tomio’s grandson was filled with emotion on Sunday afternoon.

“I cried with joy for the first time in my life,” Takeshi Yokoyama said after the race.

Analyzing Efforia’s performance, he added: “He’s a good starter and a clever racer so I decided to believe in his ability and ride him without thinking too much. We were able to race in an ideal position and I didn’t insist on the inner course as I knew that he can handle it even if we had to turn a little wider.”

World Premiere, winner of this year’s Tenno Sho (Spring), finished 11th in the 16-horse field before an announced crowd of 9,867.