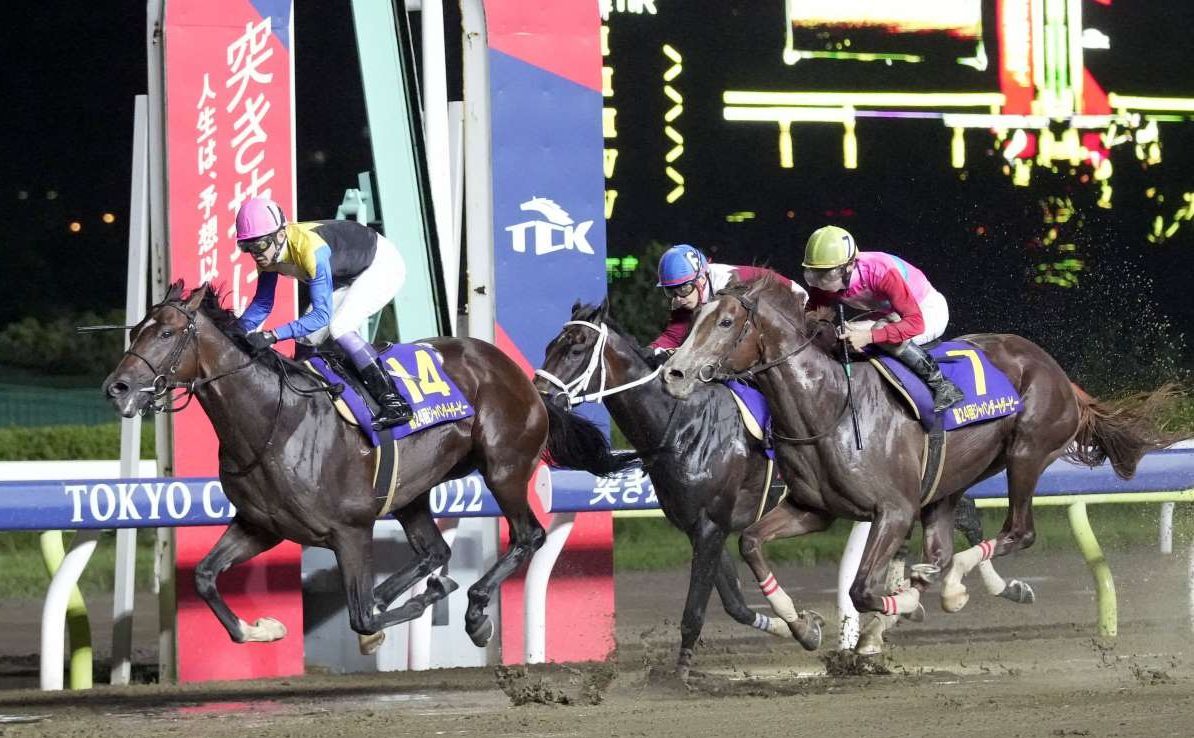 Yutaka Take, who celebrated his 53rd birthday in March, is closer to retirement than the start of his sensational career. But the famous jockey is enjoying a career renaissance of sorts in 2022.

He won the 89th Tokyo Yushun (Japanese Derby) for the sixth time on May 29, his first triumph in the prestigious race since 2013. And he triumphed in the 24th Japan Dirt Derby on Wednesday, July 13 at Oi Racecourse, winning the 2,000-meter race for the first time since 2005.

Take, a prolific winner for more than three decades, captured a trio of Japan Dirt Derby titles in a five-year stretch aboard Gold Allure (2002), Big Wolf (2003) and Kane Hekili (2005).

In winning Wednesday’s featured race under the lights at Oi Racecourse, Take exhibited complete command of his ride, navigating the dirt track with panache. He looked at ease handling the reins and steering Notturno to victory, picking the perfect moment to make a decisive dash for the front of the pack on the final stretch.

Take became the first Japanese jockey to win the nation’s Derby double in 2002, winning the Tokyo Yushun with Tanino Gimlet to set the stage for his successful run with Gold Allure.

In 2005, he and Deep Impact won the Japanese Derby before completing the Derby double with the aforementioned Kane Hekili.

Coincidentally, Do Deuce, this year’s Tokyo Yushun winner, is also a son of Heart’s Cry.


Take Delighted With the Result

"I am very happy to do the Derby double this year. I am 53 years old and he is only 3 years old, and I'd like to do good with him,” Take said after his latest high-profile victory.

What was Take’s outlook heading into the Japan Dirt Derby?

Take told reporters after the race that he thought he “had a good chance.”

“I wanted to get a good result,” he continued. "I felt his condition was better than ever and I went into the stalls with confidence. He was able to race smoothly after breaking from the outside stall and due to his good rhythm and the rain-soaked ground, I let him move a little early at the home turn.

"I have been riding him since his debut, and he has a little bit of a difficult mind, but the stable staff are doing a good job in terms of helping him grow up."

After the race, Hidetaka Otonashi, Notturno’s trainer, revealed he has his sights set on entering the colt in the Grade 1 Champions Cup, an 1,800-meter race on dirt at Chukyo Racecourse in Toyoake, Aichi Prefecture, on December 4.

"I'm thinking about heading to the Champions Cup in the future," Otonashi told reporters, according to bloodhorse.com. "We will inform everyone as soon as it is decided."

What is the NAR?

There are 15 NAR racecourses in 12 prefectures throughout Japan, most of which are in smaller- and medium-sized locales.

Starting in 2024, the Japan Dirt Derby will become a part of the to-be-launched Japanese Triple Crown of Dirt. The summer fixture at Oi Racecourse is scheduled to be moved to October as the third leg of the series, following the Haneda Hai and Tokyo Derby.