How the Short-Tailed Albatross Rose from the Brink of Extinction 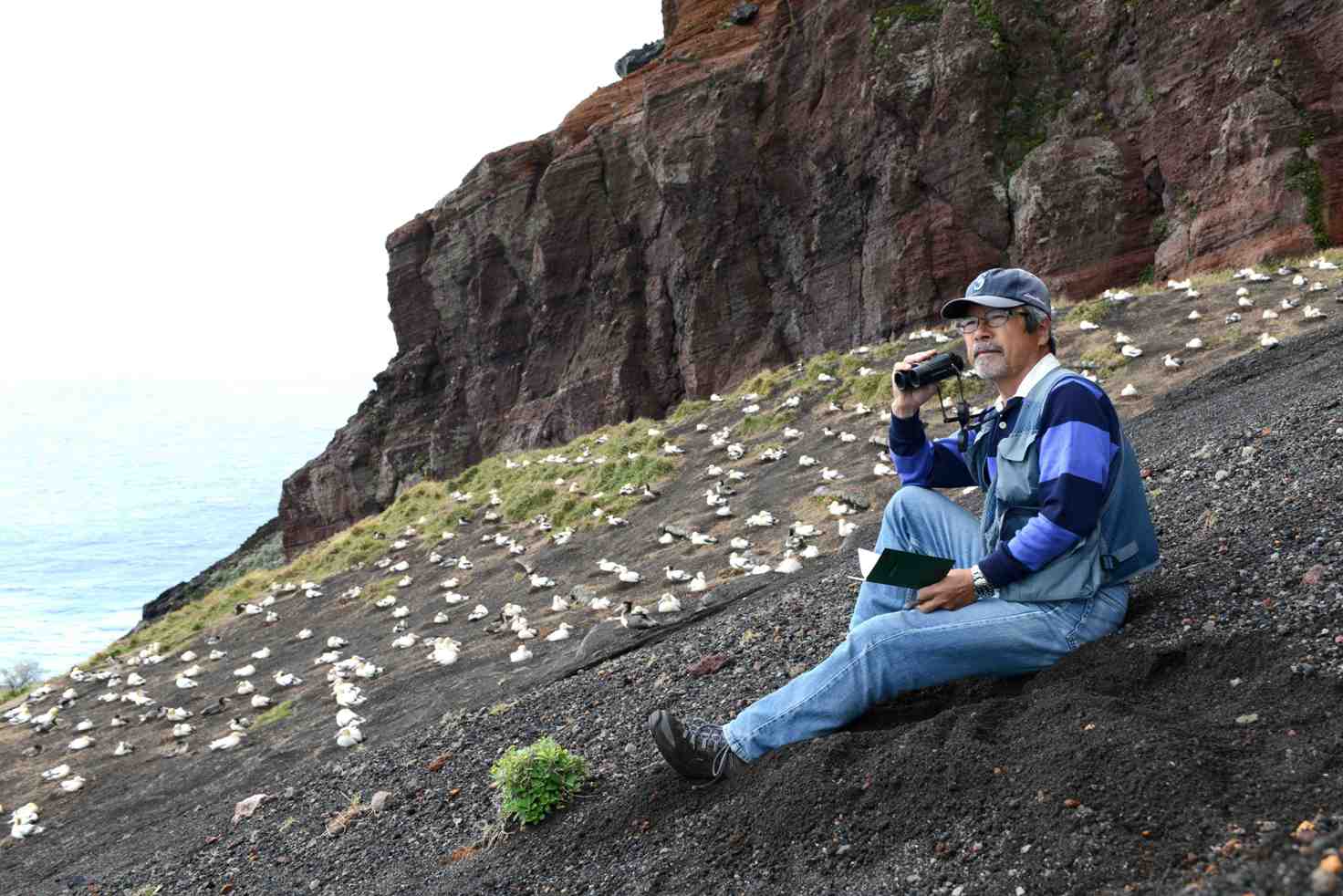 Dr. Hiroshi Hasegawa and all the short-tailed albatrosses in the world deserve our congratulations.

The short-tailed albatross is a huge seabird with a 2.5-meter wingspan that can fly over the expansive ocean at 80 kilometers per hour. 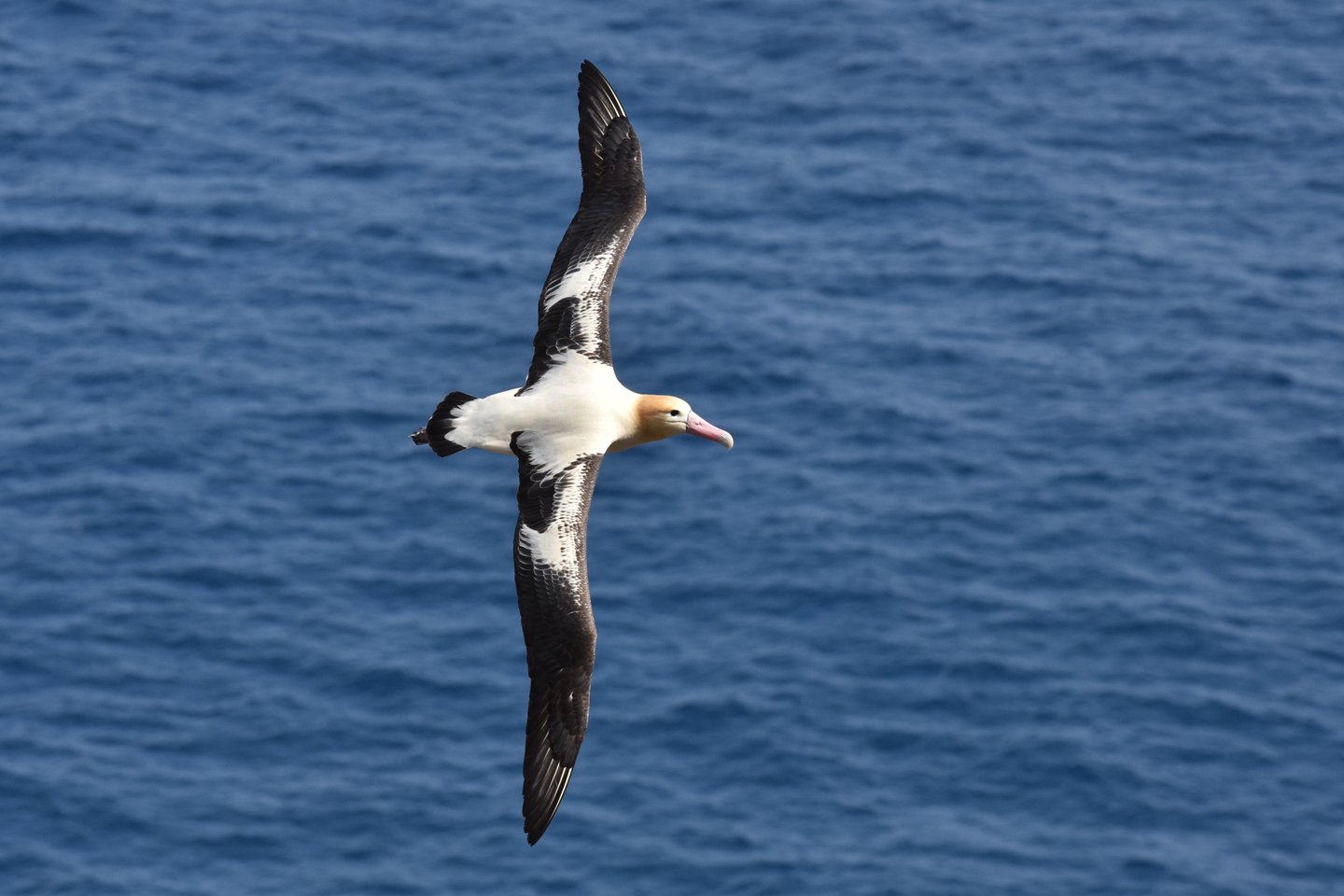 Hasegawa is an ornithologist, an honorary professor at Toho University, and a hero who saved the short-tailed albatross from the brink of extinction. Reviving its population became his life work.

His newest research conducted on Torishima Island, the bird’s breeding habitat, has revealed that in May this year the short-tailed albatross population will finally reach 5,000. Following 40 long years of conservation efforts, the population has recovered to such an extent that it can be considered a complete revival.

The short-tailed albatross has a tragic past. Historically, it thrived in the North Pacific, but the birds were hunted for their feathers for financial gain from the latter half of the Meiji Era, causing their population to decline rapidly.

Their usual habitat is above the ocean, but they live on land during the mating season. Torishima, an uninhabited island with a diameter of 2.5 km, has been the birds’ largest breeding ground and an essential part of their life cycle. Every October they return to Torishima to lay their eggs. They are unique in that each pair lay only one egg per season. The birds leave the island the following spring, after raising their chicks.

Their mating season became the target of hunters in the late 1800s. Five million albatross were killed on Torishima alone in the short span of 20 years.

A biological survey conducted by the Supreme Commander for the Allied Powers after World War II did not detect the presence of any short-tailed albatrosses, and the bird was declared extinct.

In November 1976, Hasegawa, who was then a graduate student at Kyoto University, spotted a short-tailed albatross from a ship belonging to the Tokyo Metropolitan Fisheries Experiment Station. He set foot on the island the following March as a member of the Torishima research team based in the Hachijo area of Tokyo.

Hasegawa became a researcher at the Toho University Faculty of Science the following April. Since then, he has visited Torishima twice a year, every spring and fall, to survey the short-tailed albatross population and protect their colonies. Most often, he charters a fishing boat on his own for more than 13 hours journey from Hachijojima to his solitary research destination on Torishima.

His mission is not for the fainthearted. Each session involves a month of hardship and danger on an unmanned island, with no immediate help available.

According to Hasegawa, the short-tailed albatross population grew slowly over a long period of time, followed by a period of rapid growth and an exponential rate of revival.

His recent visit—from November 26 to December 9, 2017—was his 123rd survey. There are now three colonies of short-tailed albatross on the island, with 84 additional breeding pairs compared to 2016. He found each of the 921 breeding pairs busy warming an egg.

The eggs hatch by the end of January, but the eggs and chicks are both vulnerable to the sand and soil that flow into the nest due to heavy rain, which can destroy them.

Assuming this year’s reproductive success is 63%, the same as the average of the last two years, the Torishima colonies will be welcoming 580 new albatrosses by May, when the chicks are grown and ready to leave their nest.

Since short-tailed albatrosses do not return to Torishima until they are three years old, the total population is calculated carefully by considering the adult mortality rate, the number of breeding pairs, and the number of age groups that are out at sea. Calculation for 2018 reveals that the total number of birds has so far reached 5055. The number of individuals of breeding age is also forecast to increase this fall, to 1000 breeding pairs. 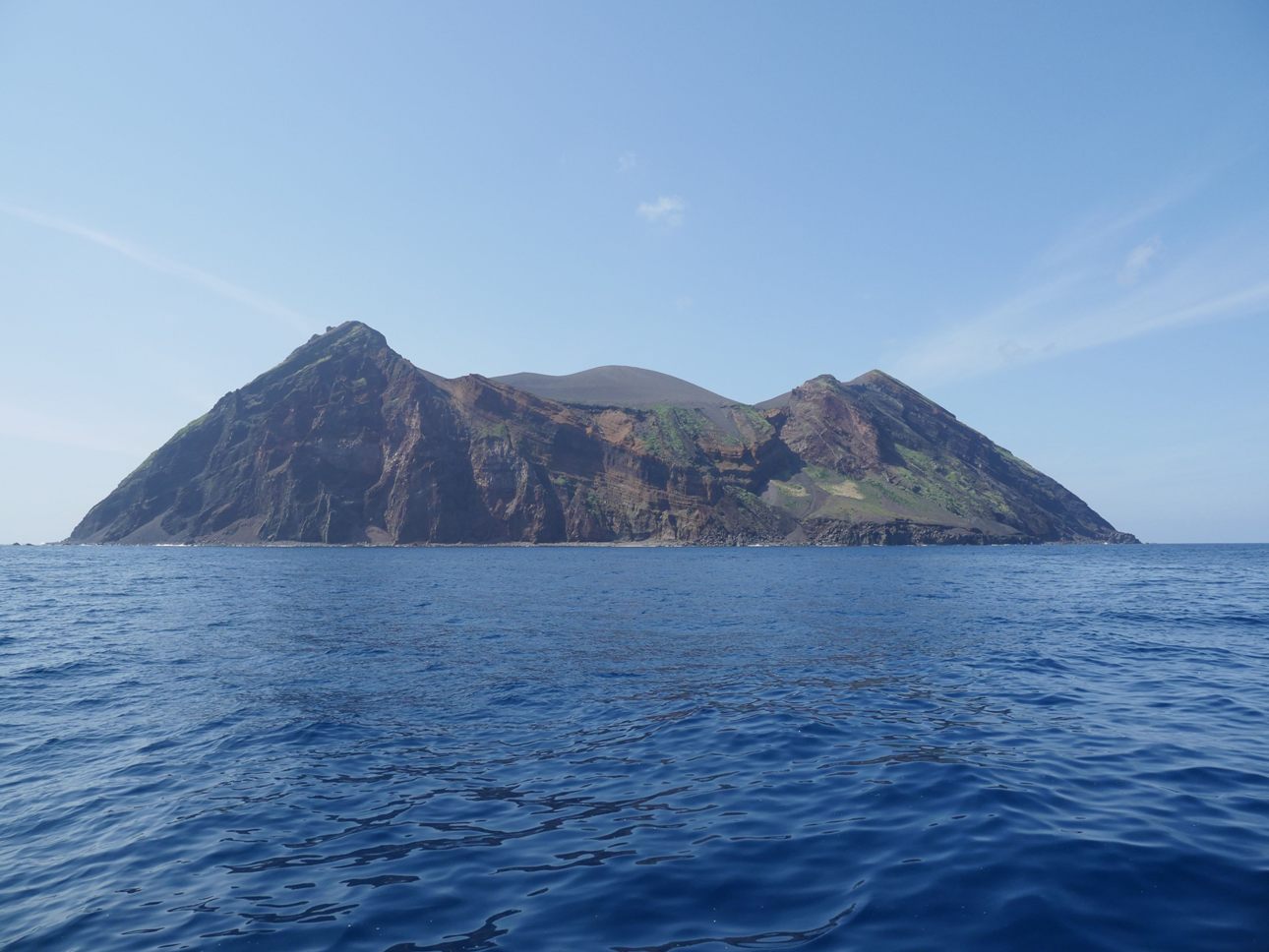 The short-tailed albatross colony below the cliff on the southeast side of the island has been using the area continuously since it was discovered at the end of World War II. The cliff, however, has become susceptible to landslides and may be at its limit as a breeding ground. The gentle slope on the island’s northwest side, though, is spacious and idyllic, and the colony there is expected to flourish.

According to Hasegawa: “The population has recovered to such an extent that the survival of the short-tailed albatross won’t be threatened even if Torishima volcano erupts. The birds have overcome eruptions in the past. They have the strength to endure another one.”

He will see off the young birds in May as they embark on their great ocean journey. “There will be more than 1,000 breeding pairs in November. I want to see this happen with my own eyes before retiring from my field research on Torishima,” Hasegawa revealed. It will mark the beginning of a new chapter in his life and theirs. 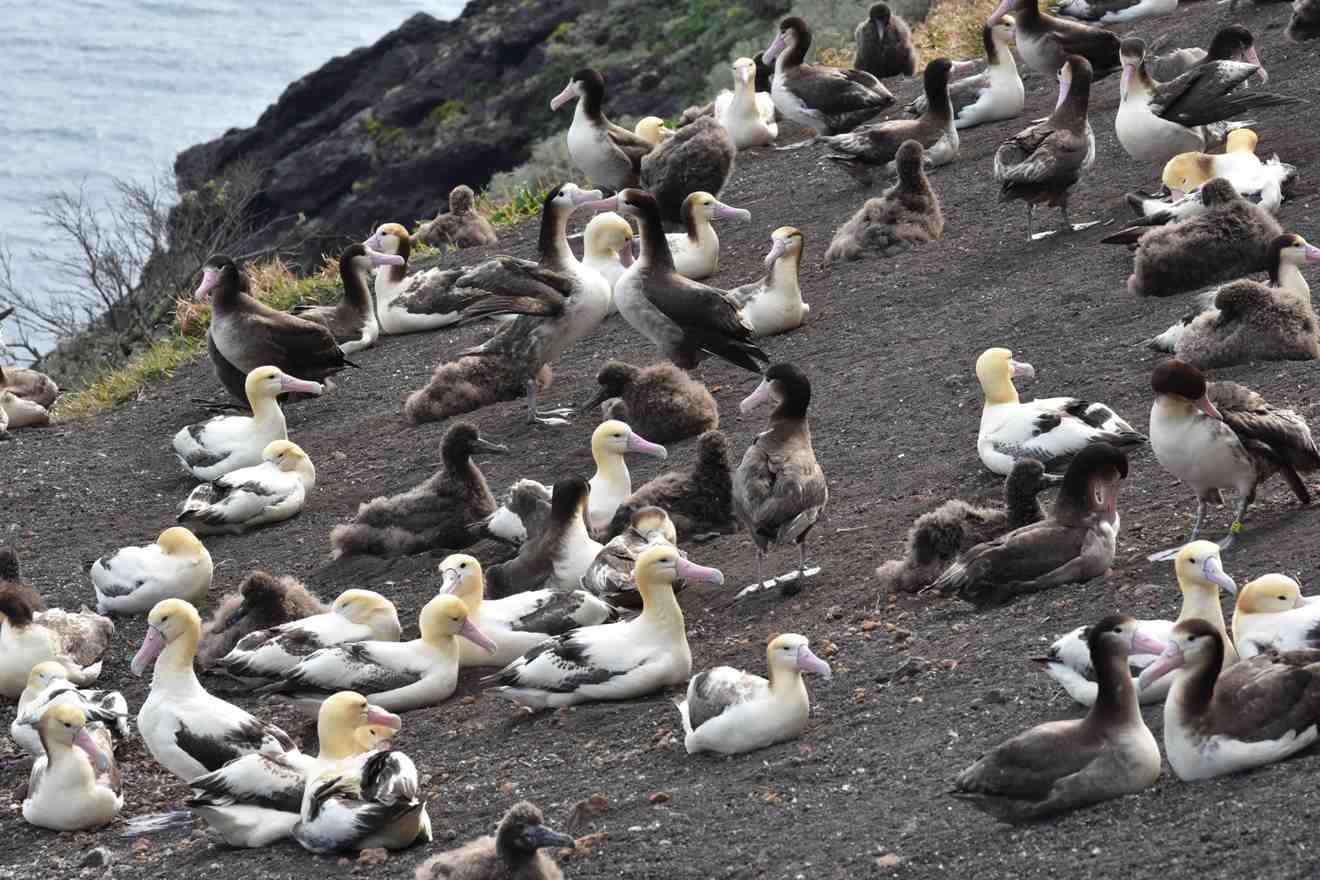 There is also the issue of the short-tailed albatross’s Japanese name, Ahodori, which means idiot bird. Perhaps this is the perfect time to commemorate their revival and change the name. Idiot bird, as a name, simply isn’t suitable for a species that reached the brink of extinction caused by human greed and yet survived.

Hasegawa prefers to use the albatross’s old Japanese name, Okinotayu, in his reports and books. The poet Bin Ueda translated the marine bird that appears in Charles Baudelaire’s poem as Okinotaifu, another old name for the short-tailed albatross. Either of these alternatives has a graceful resonance and the population’s survivors deserve a more honorable name than they have now.

Shohei Nagatsuji is an editorial writer of the Sankei Shimbun.