In Search of the Samurai Spirit of Fukushima: The Heroes of Aizu 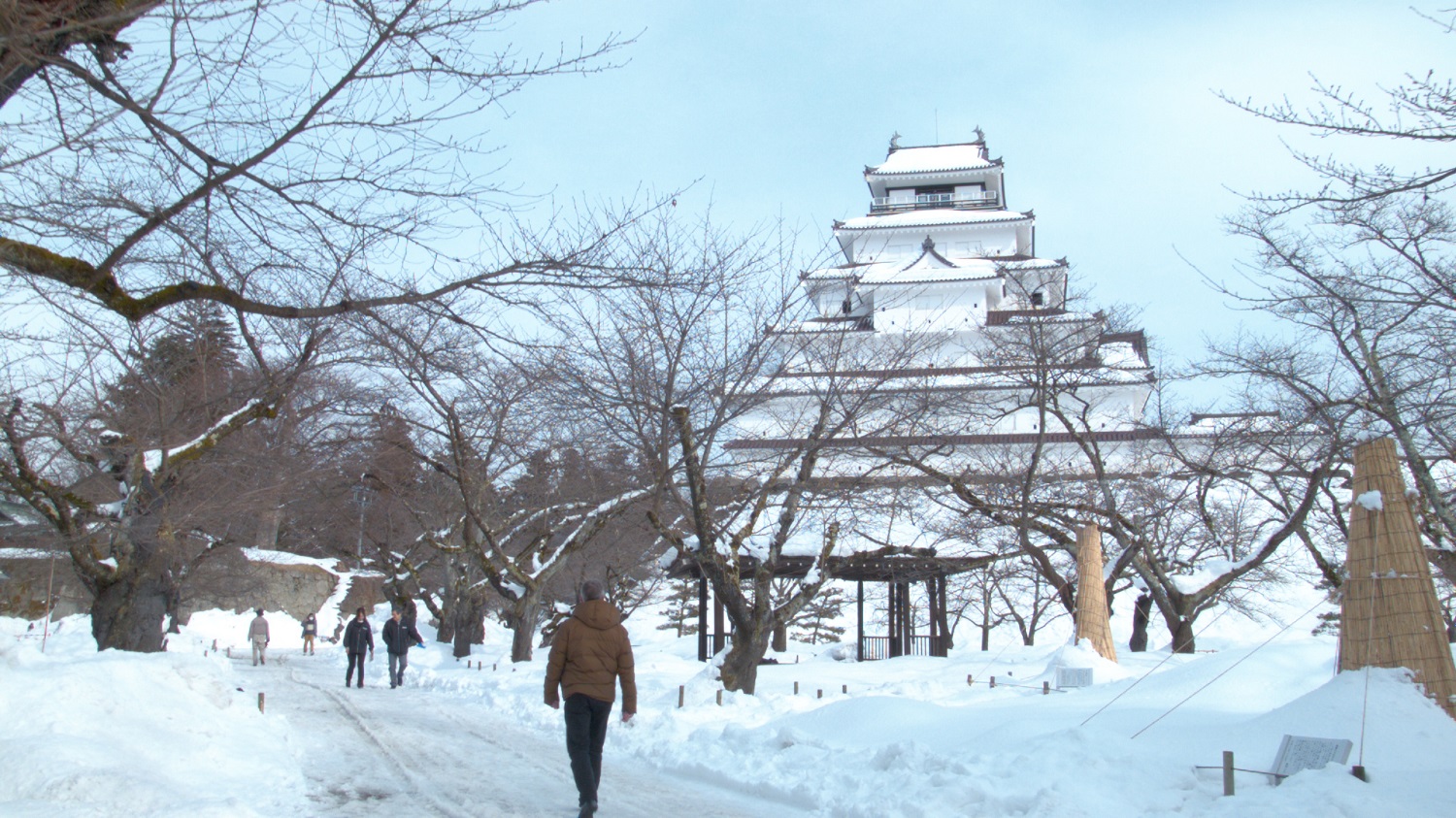 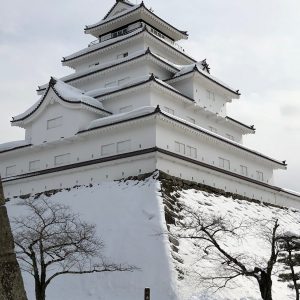 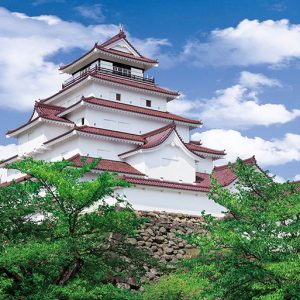 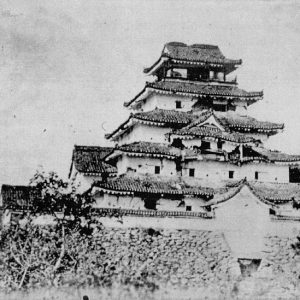 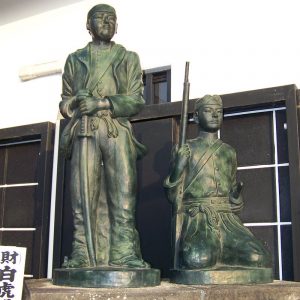 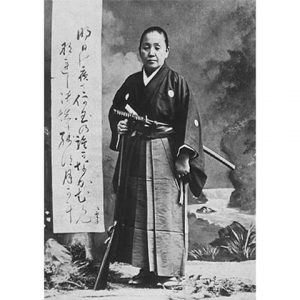 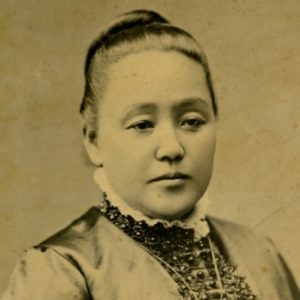 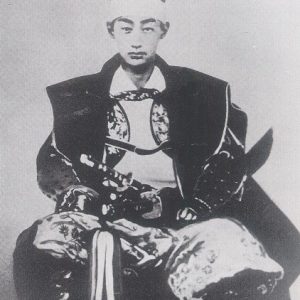 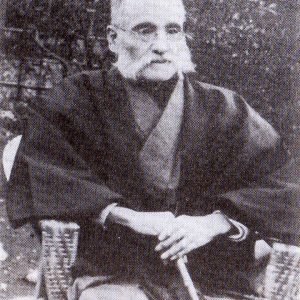 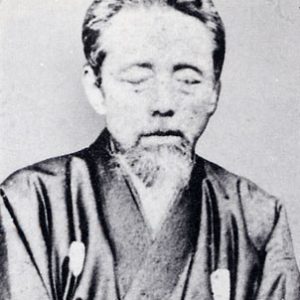 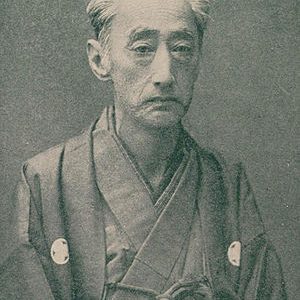 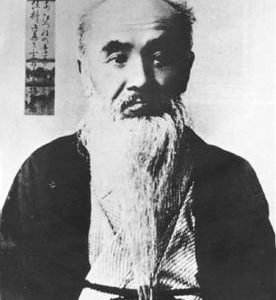 In the late Edo period, the Aizu clan from Mutsu province (Fukushima Prefecture) was under the command of ninth-generation lord Matsudaira Katamori, who was a cousin to the Shogun Yoshinobu Tokugawa. This meant that the Aizu clan were the most trusted allies and confidantes of the shogun.

They were so trusted that, when Kyoto became engulfed in violence, Katamori was sent down as military commissioner to police the area and protect the Emperor. He was also the supervisor of and presented swords to the infamous Shinsengumi corps.

The Aizu clan were well-known not only for their allegiance to the shogun but also their military prowess and warrior spirit. They were also known for their excellence in academics, with the Nisshinkan Military Academy, a leading center of Edo period education, housed in the center of Aizu.

However, things did not bode well for the clan. The deaths of both the prior shogun, Iemochi, and Emperor Komei in 1866 set off a chain of events that switched the balance of power to the clans that were opposed the shogunate.

Eventually, on January 27, 1868, a battle began at Toba-Fushimi between the newly joint Satsuma and Choshu forces (the Satcho Alliance) and the Aizu clan. Within days, the Satcho Alliance was issued with the imperial banner and decreed as the imperial army. On hearing this, Shogun Yoshinobu abdicated, relinquished power back to the Emperor, and absconded from Kyoto, leaving the Aizu clan to fend for themselves.

Although Aizu troops were larger in number than those of their opponents, they decided to retreat to Aizu because of the shock of seeing the imperial banner — which they believed they were protecting — in other hands, and facing the superior modern weaponry of the Satcho Alliance.

In the meantime, the new government demanded that all lands be returned to the Emperor, and the Satcho Alliance called for Katamori to be punished as an enemy of the court. Katamori tried to settle the problem with a sincere apology, but it was of no use.

Opposed to giving up all of their lands, the Aizu formed part of an alliance of its own with other clans of the Tohoku region known as the Ouetsu Reppan Domei.

The imperial forces moved northward, intending to crush any opposition to the newly-formed government and, it seems, make an example of the mighty Aizu clan.

They descended upon Aizu and laid siege to Tsuruga Castle (also known as Aizu-Wakamatsu Castle) in one of the fiercest battles of late samurai history: the Battle of Aizu.

The siege consisted of a month-long constant bombardment of the castle, and resulted in most of the city being burned to the ground. Katamori eventually surrendered, following which he and the other members of the clan were banished from Aizu and dispersed around the country.

One cannot speak of the Boshin War and the Battle of Aizu without speaking of Kakuma Yamamoto and his sister Yae.

Their father Gonpachi was an artillery instructor of the Aizu clan, and Kakuma (1828-1892) followed in his footsteps. It is thought that Kakuma also taught his younger sister, Yae (1845-1932), how to shoot and later presented her with a Spencer Carbine rifle.

The Aizu clan’s warrior spirit was not limited to the men of the clan. It included the women of samurai families, who were expected to practice naginata (halberd) regularly. The area is still well-known today for naginata practice among young women in high school and college.

Yae, a crack shot, took to the battlefield with her Spencer Carbine and marked her place in history with her bravery. Kakuma lost his sight during the Boshin War and was imprisoned by the imperial forces.

The two were reunited in 1871 in Kyoto, where Kakuma was working as an advisor to the prefectural government. Yae later married her brother’s friend Joseph Hardy Neesima, converted to Christianity, and together began the Christian Doshisha English School that later became Doshisha University.

Saigo Tanomo (1830-1903) was a chief adviser to the Aizu clan. However, when Lord Katamori was appointed Military Commissioner of Kyoto, Tanomo, aware of political problems in the Tokugawa shogunate, took great pains to try to get Katamori to distance himself from the problems. Eventually this got him removed from his position.

However, with the onset of the Boshin War, Tanomo was asked to advise again. Unfortunately, his advice to appease the imperial forces was ignored. Despite this, Tanomo fought on the front lines in the defense of Aizu-Wakamatsu castle. He survived the war only to return home to the fate of his family.

There is a memorial called the Nayotake (bamboo reed) dedicated to the 233 women who lost their lives in the Battle of Aizu. The monument is engraved with the death poem of Saigo Tanomo’s wife, Chieko (34 years old), that was written by her before killing her three youngest children (2, 4, and 9 years old) and committing ritual suicide together with 20 other members of the Saigo family, including her mother-in-law (58), her two sisters (23 and 26), and her two eldest daughters (13 and 16) in the Saigo residence during the final hours of the Battle of Aizu. The poem reads:

The body of a woman is like a bamboo reed swaying in the wind, but I hear that bamboo has unbending strength.

The poem is a testament to the strength and warrior spirit of the women of Aizu. They can suffer the slings and arrows of life, but there comes a point where they will not bend.

The Byakkotai (White Tiger Brigade) were a unit of the Aizu clan’s teenage samurai aged 15 and 16 who acted as support to the main platoons. Some had graduated from or were still attending the Nisshinkan Academy.

Twenty members of the Byakkotai became separated from their main group. They tried to regroup by first retreating and going around the back of Iimori Hill and through a dark waterway tunnel.

When they arrived on Iimori Hill to assess the situation, they saw what they believed to be their lord’s castle on fire. Devastated at the thought that all was lost, given their strict upbringing as samurai children of Aizu, and bound by the clan rules of the Ju no Okite (seven rules of conduct, with one extra), they made the joint decision to commit ritual suicide (seppuku) on the spot.

(The additional eighth rule directly translates as no means no, but it is commonly known in Aizu that it means that the above rules are to be adhered to without fail.)

However, they had mistaken the fires in the areas surrounding the castle for the castle itself.

One member of the group, Iinuma Sadakichi, was discovered dying from his seppuku attempt and saved. His account of the incident is the only record of their fate. If he had not survived, no one would have known why these brave young men had taken their own lives.

Today, a memorial stone stands by their gravesite engraved with a poem by Matsudaira Katamori:

No matter how many people’s tears wash over these stones,

their names will be remembered forever.

There are also other stones given by other countries in memory of the courage of these young men. A special sword dance, called a kenbu, is performed in their honor twice a year — in April and September — by local high school children. Very close to the site is a small museum dedicated to the Byakkotai.

The people of Aizu are still very proud of their samurai spirit legacy even today, and the Ju no Okite is still taught to every new generation of Aizu children.

Coming in Part 3: Fukushima’s Aizu Clan: In the final article in this series, we go to Soma, where an over-1,000-year-old warrior tradition still takes place every year.

(Click here to see other articles about Japanese swords and samurai by this author.)