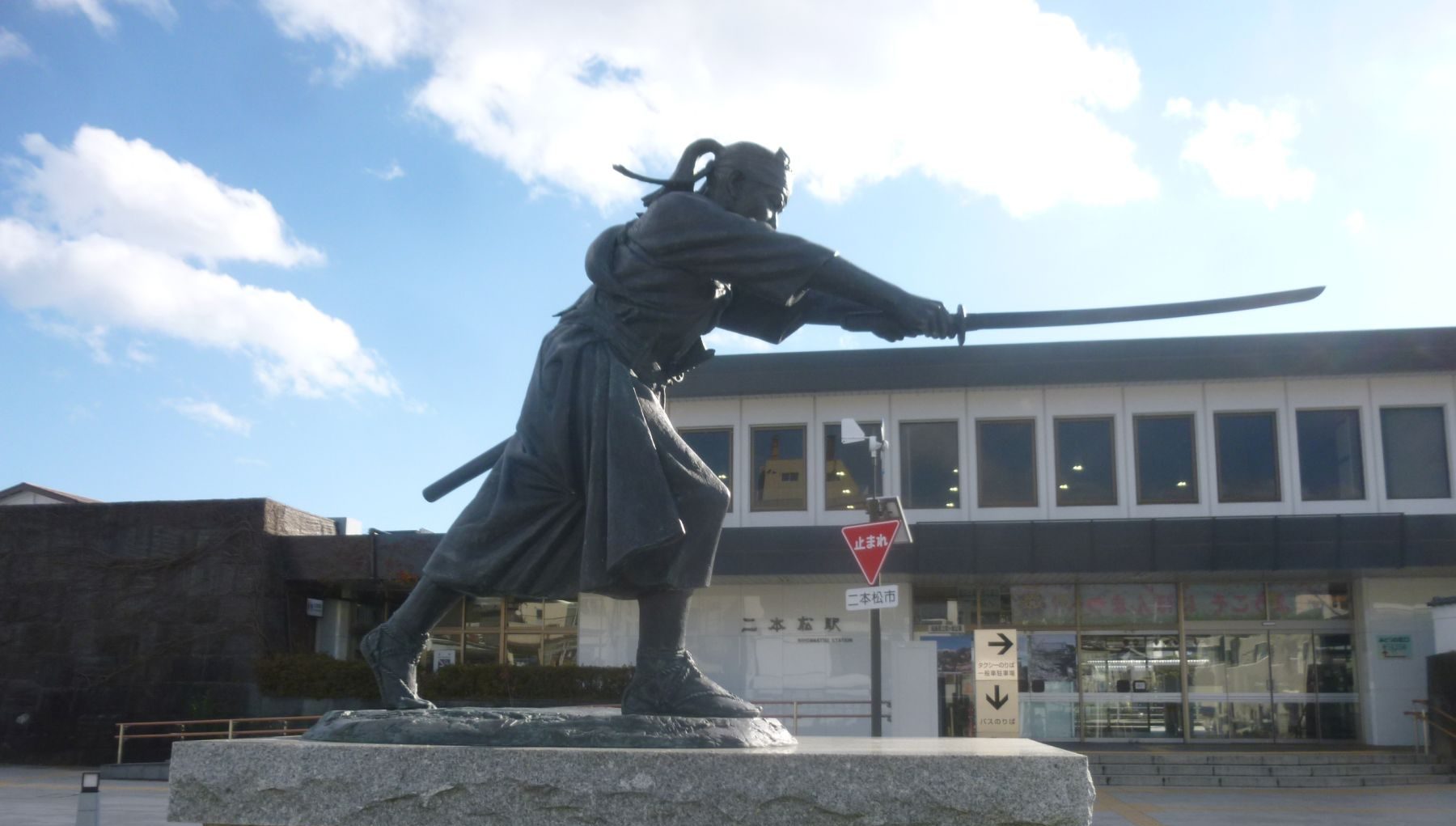 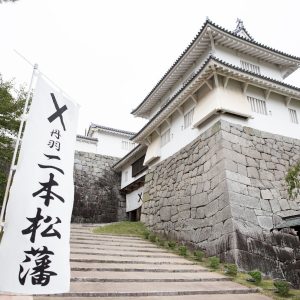 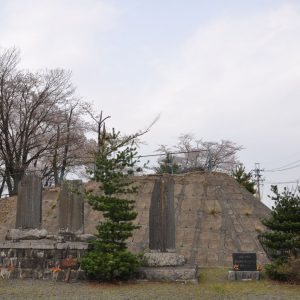 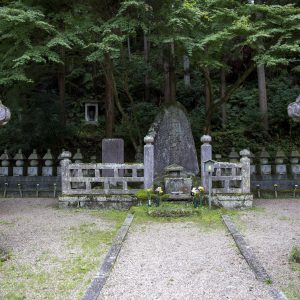 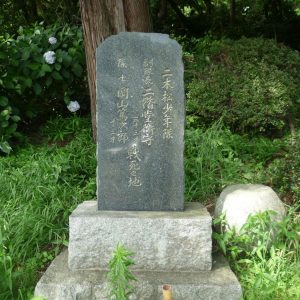 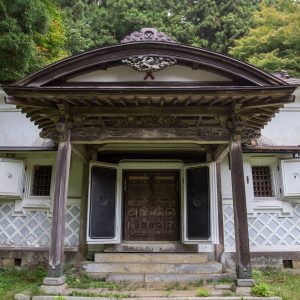 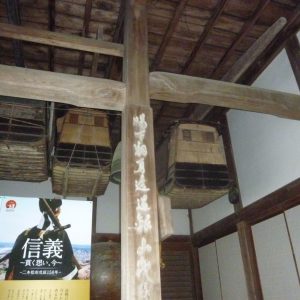 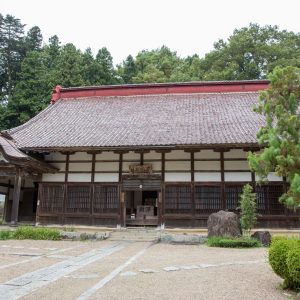 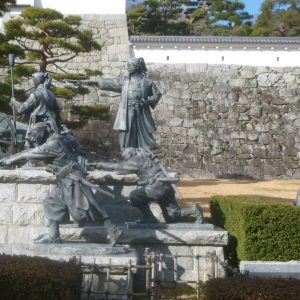 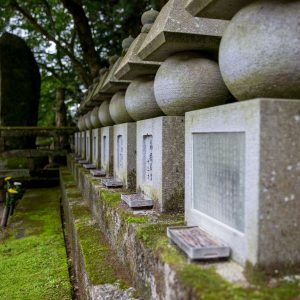 The graves of the Shonentai 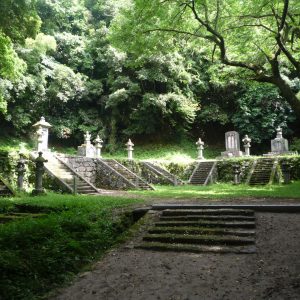 The graves of the Lords 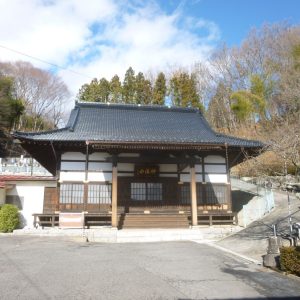 At the end of the Edo period (1600-1868), Japan was in turmoil. There had been over 260 of rule by the Tokugawa Shogunate, while the emperor remained merely a figurehead.

The feudal system had become outdated. The general populace, along with lower class samurai, had become disgruntled with a system that seemed to provide for a warrior class that gave little in return.

The Black Ships and Other Foreigners Find Japan

A further agitator to this situation was the appearance of Commodore Matthew Perry and his black ships in 1853, forcing Japan to open its doors to the west.

After 200 years of peace and seclusion, Japan’s military technology had become stagnant. Arquebuses and swords were no match for the west’s superior modern firepower. This led to other European countries who had already been expanding into other parts of Asia also coming to Japan. However, due to Japan’s poor bargaining position, the Japanese were subjected to unfair treaties.

The entry of foreign powers and the unfair treaties resulted in a division within the samurai classes. The age-old enemies of the Tokugawa family saw their chance to snatch back power in the name of the emperor.

At the same time, there was a division between the samurai who wanted to continue their long history of being the ruling class and forcefully expel the various foreigners.

Other people like Katsu Kaishu and his converted disciple, Sakamoto Ryoma, realized the gravity of the situation and decided to pursue a policy to allow the foreign powers to come in, then take their knowledge to modernize Japan’s military technology in order to defend the nation.

A civil war ensued that forced the factions related to the shogunate out of Kyoto. The European countries took supportive sides, supplying them with modern military equipment. France took the side of the Tokugawa government, while the British sided with the Satcho Alliance (Satsuma and Choshu) and the Emperor.

After a series of events, the waning power of the Tokugawa government soon became obvious, and the last shogun, Yoshinobu, abdicated, relinquishing power back to the young Emperor Meiji. However, the clans from the Tohoku region had made their stand, and the Satcho Alliance was regarded as official imperial forces.

The new government declared that all lands be returned to the Emperor. This was followed by a refusal by the clans of the Tohoku region that led to the formation of their coalition known as the Ouetsu Reppan Domei. The clans of the Tohoku region were indomitable in their spirit and had a long history of strong mental discipline and immense fighting prowess. They would fight to the death, including the women and children.

The Brave Youth of the Nihonmatsu Shonentai

One of the famous battles of the Boshin War in 1868 was the attack by imperial troops on Nihonmatsu Castle.

On July 29th, the castle had been largely left undefended as the vast majority of troops had been dispatched to repel the approaching enemy forces. However, the Nihonmatsu warriors were no match for the imperial forces with their superior modern weaponry.

The imperial forces pierced the flanks of the Nihonmatsu defense and were upon the castle in great numbers very quickly. In response to the dire situation, the Nihonmatsu’s Shonentai Youth Corps pleaded to be allowed to engage the enemy in battle.

The ages of the 62 members of the youth corps ranged from 13 to 17 years old. The commander of the squadron, Kimura Jutaro, was 22 years old, and his second in command, Nikaido Emori, was 33.

Including Kimura and Nikaido, 16 members of the Shonentai Youth Corps were killed in battle. A group of statues dedicated to them stands outside the reconstructed Minowa gate entrance of Nihonmatsu Castle gardens (Kasumigajo Park).

Kimura Jutaro is depicted holding a war signaling baton, while other members are depicted in other fighting positions. The boy seen firing the cannon is said to be Okayama Tokujiro. Another, Narita Saijiro, is seen performing the special thrusting technique of the Nihonmatsu clan’s fencing style. It is said that he felled a commander of the imperial forces, Shirai Koshiro, with this technique. He was 14 years old at the time.

A facsimile of Narita Saijiro’s statue also stands outside the entrance of Nihonmatsu station.

Another statue among the ones outside the castle is of one of the mothers of the Shonentai. She is depicted dutifully sewing the Sujikai (X design) Niwa clan insignia onto the shoulder of his clothing. Despite the tender age of the fearless warriors, their mothers not only let the children go to fight a war, but also ensured they went with pride and support.

The location of the statues outside the castle is called Sennin Dame, and is where all the warriors would be assembled and split into squads before being dispatched to their respective defense posts.

Squad commander Kimura led a squad of 15 boys to Odanguchi. However, Kimura was killed by enemy gunfire. Although, heavily outnumbered and outgunned, the remaining 15 fought on but were all eventually killed.

The castle fell and was burned to the ground and the battle was over by noon. Today there are memorial stones that mark the site of the battle at Odanguchi.

The assistant commander, Nikaido Emori, and another Shonentai warrior, 13-year-old Okayama Tokujiro, were felled by gunfire en route to the castle at the entrance of Dairinji Temple. Nikaido was killed outright, but Okayama suffered a gunshot wound to his abdomen and was captured by imperial troops, who commented on his bravery. He died before the day ended.

Today the graves of 16 warriors of the Shonentai Corps are situated in Dairinji Temple and Okamura Tokujiro’s grave is in Rengeji Temple in Nihonmatsu.

Diarinji Temple was constructed in 1627, yet is something of an undiscovered treasure. It is free of large numbers of tourists and is serene in its atmosphere. There is a memorial that was erected in the early Meiji period dedicated to the memory of all the souls of the Boshin War. On either side of the memorial are two sets of eight graves of the Shonentai warriors killed in battle.

Next to the main temple is a large intriguing kura storehouse. If you pass between the storehouse and the main temple around to the back, there is another small quiet cemetery with the majestic gravestones of various generations of Lords of the Niwa clan. However, the second generation and the 10th generation’s graves onwards are in Tokyo.

If you step just inside the main entrance of the temple, and look up to your right, the palanquins that were used to transport Niwa clan members are still stored there.

Coming in Part 2: Fukushima’s Aizu Clan: In part two of this series, I travel to Aizu Wakamatsu in Fukushima, and visit Tsuruga Castle of the Aizu clan, where I learn the fate of the Byakkotai.

(Click here to see other articles about Japanese swords and samurai by this author.)