India-Japan Relations Have Direction and Will Continue to Grow 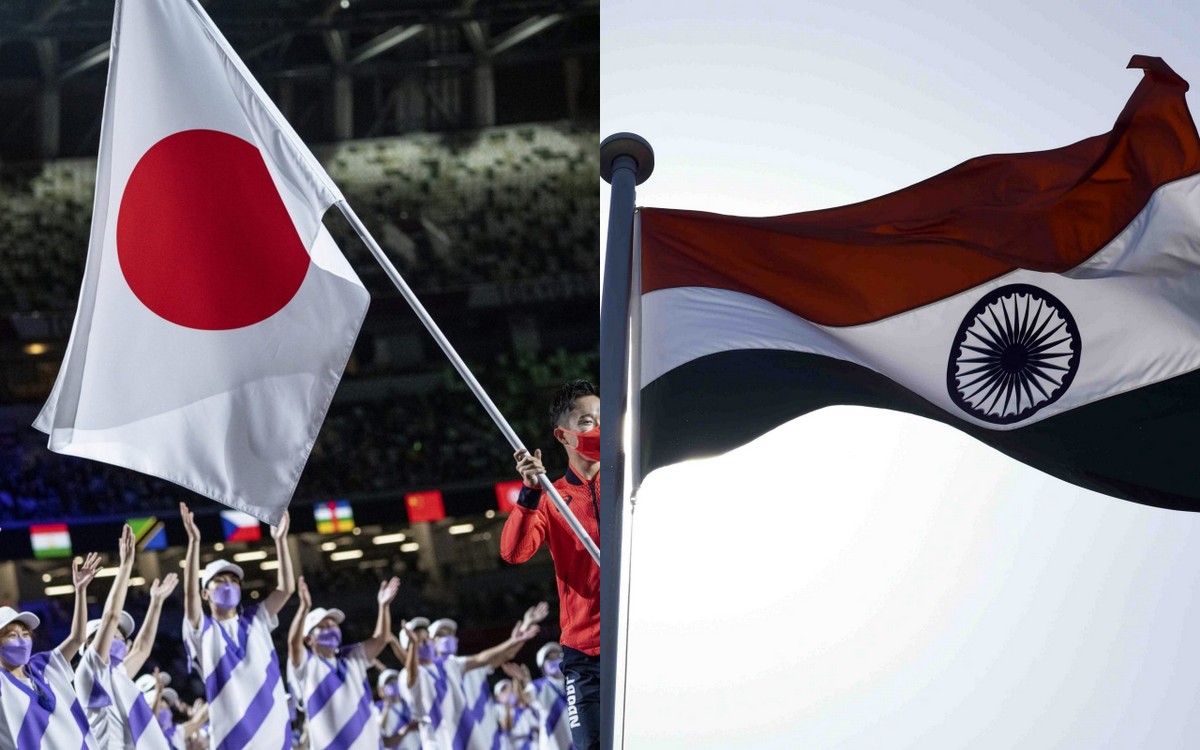 Flags of India and Japan

The shocking assassination of former Japanese Prime Minister Shinzo Abe will go down as one of the most gruesome political events of the 21st century. India declared a day of national mourning to mark the sad incident.

The late former prime minister was pivotal in many ways when it comes to the present state of Japan-India ties. Taking off from his famous speech “Confluence of the Two Oceans,” he is credited with the present state of the bilateral ties. In his landmark speech delivered before the Indian Parliament in August 2007, PM Abe noted that “the Pacific and the Indian Oceans are now bringing about a dynamic coupling as seas of freedom and of prosperity.”

Abe had a long connection with India. His grandfather, former Japanese Prime Minister Nobusuke Kishi, had visited India in 1957 and was warmly received by the then- Indian Prime Minister Jawaharlal Nehru.

Abe had even visited the grandson of Justice Radhabinod Pal, the justice who issued a dissenting judgment in favor of the Japanese during the Tokyo War Crimes Trials of the post World War II era, on one of his many visits to India. He was also the chief guest at the Republic Day parade in January 2014, a first for any Japanese prime minister.

Over their overlapping tenure he also built up a close camaraderie with his Indian counterpart Narendra Modi. During the visit of the Indian prime minister to Japan in November 2018, Abe welcomed him at his holiday home in Yamanashi prefecture.

Support from across all sides of the political spectrum in India was there for Mr Abe ー whether it be the India National Congress government under former Prime Minister Manmohan Singh, or the Bharatiya Janata Party (BJP) government led by PM Modi.

Many important deals in the field of India-Japan relations like the Mumbai-Ahmedabad bullet train deal were struck during PM Abe’s time in office. And while he was instrumental in setting up the original Quad way back in 2007, he was also instrumental in reviving the Quad on the sidelines of the 31st East Asia Summit in Manila in November 2017.

There are many reasons why the late former prime minister is seen as the harbinger of the close ties between India and Japan, today.

First, he invested his personal capital, which is very important for any relationship to grow. When India had conducted nuclear tests in 1998, Japan was one of the countries that had raised a big hue and cry (given its past). For such a country to sign a civilian nuclear deal with India in November 2016 represents a leap of faith. Japan made the leap, and this was largely due to Mr Abe.

Second, former PM Shinzo Abe gave birth to concepts like the “Asian Democratic Security Diamond” and the “Free and Open Indo-Pacific”. In all these concepts, former Prime Minister Abe made sure to include India.

Third, Abe also helped in India getting closer to the United States since he was very friendly with a host of US leaders. Very early on, he realized the importance of India for Japan. He was instrumental in pushing forward many of the critical agreements between India and Japan, for example the Acquisition and Cross-Servicing Agreement (ACSA), which “establishes a framework such as the settlement procedures for the reciprocal provision of supplies and services between the Self-Defense Forces of Japan and the Indian Armed Forces.”

Fourth, many other path-breaking initiatives like the Asia-Africa Growth Corridor (which aims at pooling Indian and Japanese expertise in Africa) took root under Mr Abe. He also lent support to India’s role in regions of the world like Southeast Asia.

Abe understood the critical role that Northeast India plays in Japan’s reach out towards India, because of both geographical and cultural reasons. Indeed, he was supposed to visit Northeast India for the Annual Japan-India Summit in December 2019, but could not due to the Citizenship Amendment Act (CAA) protests.

Fifth, Abe also tried to push through increased cooperation between Japan and India on the defense front with the sale of ShinMaywa US-2 maritime reconnaissance aircraft to India. But unfortunately, that deal is yet to see the light of the day.

Under his watch, joint exercises between the armed forces of the two countries had increased significantly, in a big move forward for Japan. During the time he was the prime minister, Japan also became a permanent member of the Malabar naval exercises while a 2+2 dialogue was started between the foreign and the defense ministers of India and Japan.

He was also involved in the development of the city of Varanasi, which is also the Parliamentary constituency of the Indian Prime Minister, Narendra Modi.

There has to be someone in Japan who can take Shinzo Abe’s lead when it comes to the Japan-India front. Someone who has knowledge of the past and a vision for the future.

At the same time, it is important to ensure that signature projects like the Ahmedabad-Mumbai High Speed Rail Corridor project are implemented without delay.

Dr Rupakjyoti Borah is a Senior Research Fellow with the Japan Forum for Strategic Studies. The views expressed here are personal.