Indo-Pacific Quad Security Cooperation Should Be A Permanent System 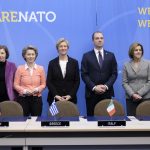 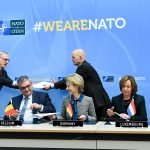 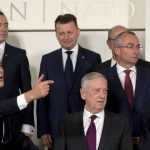 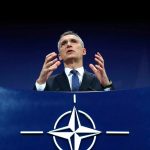 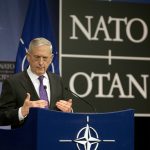 This two-part series on the renewed Indo-Pacific Quadrilateral Security dialogue among Australia, India, Japan and the United States examines the North Atlantic Treaty Organization (NATO) and the lessons it can impart with its success.

In Part 1, the author provides a primer on the organization and structures of NATO, including how cooperation among its member nations has made it the most successful multilateral security organization.

This second part examines specific ways NATO-style initiatives could be helpful as members of the Quad contemplate its future.

NATO’s decades of successful cooperation and vast experience is available to the Quad as the latter considers a range of potential options for enhanced multilateral security cooperation in the Indo-Pacific.

The Quad could develop NATO-style multilateral initiatives in many areas, including:

In addition, the Quad could establish linkages with interested Asian nations and assist non-member nations in the region with security capacity and democracy-building.

The Quad could also take other actions, such as:

The Quad could also develop at least informal connections with NATO itself. Given that Japan and Australia already have security linkages with NATO, it would make sense for India to also develop its own connection.

In addition, the Quad could shift some of the current bilateral and trilateral security activities of its members into a Quad framework. On a parallel line, it could encourage Track Two meetings, unofficial events that include non-governmental participants, to expand the range of those involved with security cooperation.

The time appears right for the Quad to move beyond occasional four-nation meetings to a more active, sustained, and structured relationship. In this regard, the Quad could benefit greatly from the experience of NATO, which demonstrates that there are many potential avenues for strengthening multilateral security cooperation in the Indo-Pacific region.

In the near-term, the Quad could identify and implement four-way initiatives. These could either be new or expanded versions of existing bilateral or trilateral arrangements.

The Quad nations should also lay the groundwork for a more continuous, sustained, and potentially structured Quad security framework. This structure could include a permanent standing structure staffed by political and military personnel from the Quad nations.

The next step would depend upon the overall Indo-Pacific security environment. It is to be hoped that China’s rise is indeed peaceful, does not threaten the security of other nations, and takes place within a rules-based regional environment. However, should China choose an expansionist course, then the Quad at that point could respond by strengthening its military coordination and capabilities incrementally, calibrating its actions to the seriousness and immediacy of the developing threat.

Such a response could include the strengthening of security relationships with non-Quad nations which share its security concerns, as NATO has done. For example, during the Cold War, publicly neutral Sweden quietly coordinated with NATO to ensure that its logistics and bases were compatible with NATO requirements.

Should China choose to pursue an expansionist path, NATO can provide very useful lessons and examples for the Quad regarding multilateral security cooperation. Just as the values-based security organization of NATO has deterred aggression and helped protect regional security in Europe, the Quad, as a values-based feature of the Indo-Pacific region, could facilitate the regional balance of power, enhance regional security, and provide military readiness.

Given the combined resources and capabilities of its members, the Quad could develop and maintain substantial coordinated military capabilities, if necessary. It has the potential, in combination with currently existing bilateral and trilateral agreements, to become an essential component of multilateral security in the Indo-Pacific.

For these reasons, Japan, Australia, India, and the US should move forward to make the Quad a permanent and institutionalized mechanism for Indo-Pacific security cooperation.

Bruce Weinrod is a Washington, DC, lawyer and consultant. He was a senior US Department of Defense official as an appointee of Presidents George HW Bush and President George W. Bush.