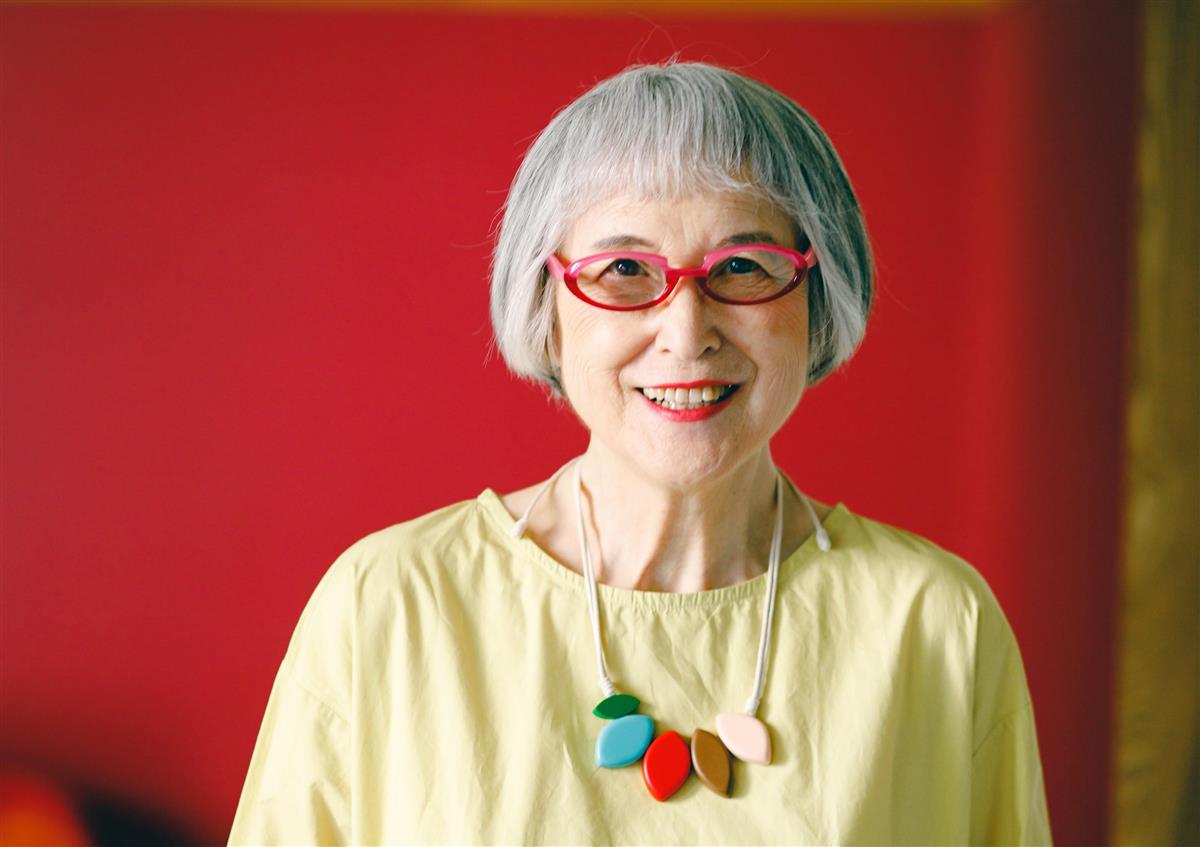 This month brings the long-awaited return of “Kiki’s Delivery Service”, the musical based on the popular story by children’s author Eiko Kadono. Performances begin in the New National Theater in Tokyo on March 25, before touring Japan with stops in Nagoya, Osaka and other cities.

The hit musical premiered in 2017, and was replayed in 2018, with demand for another run building since then. The original story was written by Eiko Kadono, a world-renowned writer of children’s books who won the coveted Hans Christian Andersen Award for writers and illustrators of children’s books in 2018. The prize is often dubbed the Nobel prize in children’s literature.

“If the people who produce (the musical version) enjoy it themselves, they should be able to present a fun production,” she said, sending an encouraging message to the new cast who are taking up the challenge.

We reached out to Kadono in an interview to learn her thoughts on the original work and her expectations for the story’s return to the stage.

The musical “Kiki’s Delivery Service” is based on the six volume children’s book written by Kadono over a 27-year period, from 1982 to 2009. Studio Ghibli first made a highly successful animated film with global appeal in 1989, directed by Hayao Miyazaki. Then from 1993 to 1996 it was adapted into a musical directed by Yukio Ninagawa. In 2014 the story was made into a live-action Japanese film, which was presented at the West End theater in England in 2016.

The following year, a new musical version was performed by a young up-and-coming production team in Japan. Due to its great success, it was presented again in 2018, and is returning in 2021, after a three year break.

On the surface, it is the story of Kiki, a 13-year-old witch who, following the old customs of magic, sets off on a trip with Jiji, her black cat, on the night of a full moon. Kiki has to move to a new town to live on her own in order to become a full-fledged witch, and she has just a year to do it. She lands in a town called Koriko where she starts a delivery service but faces new challenges.

More deeply, it is a story of an adolescent girl who grows up gradually with the encouragement of Tombo ー a boy who yearns to fly a plane, her delivery service clients, and Osono, Kiki’s guardian and owner of a bakery.


What were your thoughts when you first heard that the musical would be  performed again?

I was very happy that I could see the new musical “Kiki’s delivery service” again. It has been successfully performed many times,  and I think there is an element that is not completely far from reality.  It can be taken as a story of people like us, each with their own problems. It can appeal to children with their dreams, as well as grownups and older people.


What was it like to see the premiere, and now the restaging of the musical?

In a musical, words and sounds are transmitted like waves from the stage to the audience. While watching the performance, I felt as if my body was transported onstage, together with the actors.  Sure enough, the sense of fun that the actors convey can bring people together.

I have always enjoyed musicals. I saw the world premiere of the Broadway classic “My Fair Lady” in New York. So when I heard that “Kiki’s Delivery Service” would be made into a musical, I had very high expectations.

Before that, Yukio Ninagawa presented it on stage (1993). But a long time has passed since then, and I was excited to see young people perform this time. I had the impression that the stage was born from the passion of young people.

What are your thoughts about the characters of “Kiki’s Delivery Service”?

Each character has its own role, but I’m most interested in Jiji. It is not a leading role, but I think it is an important one close to the main character.

It’s Kiki’s coming of age story, but her dad, her mom, Osono-san, and people who entrust their packages to her all have their own history and show us their life stories. After that, as you know, Kiki fails in various ways. When that happens, people react wisely.

Her magic is simple, and she can only do one thing: “fly”. It’s not an intimidating magic of total wisdom or strength, so everyone can relate to it and see her experience from the standpoint of their own problems. Her magic is one that’s close to us in the world today.


You have written more than 250 works to date. Where do you get your ideas?

While I am trying to make the story interesting, the characters in it help me. “Why don’t you write something more like this?” they suggest. It may be because I’m having fun writing in that world.

I firmly believe that if you’re not having fun, people who read it won’t have fun either.  What is important is not to write in a preachy or pushy way. A person reads not out of duty but for fun. I want people to read things that I enjoy.

It’s the same for the stage. As long as the people who create the characters are having fun, the audience will also have fun. That’s why the enthusiasm comes across the stage. I think this is the ultimate aim of creative people.


Neo Inoue, who is taking on the role as Kiki in the musical for the first time, and Yuto Nasu, a member of a Johnny’s Jr. boys band is playing the role of Tombo. Both are also teenagers. Does this new cast affect your expectations?

The world is going through a very difficult period, so I want these two young people to do their utmost to entertain people and make them feel better. It is important to work hard, but it is especially important at this moment to want to make the audience happy.

In this difficult period of the corona pandemic, one needs to be lively. I would like the performers on stage to enjoy themselves, create magic that will blow away evil spirits and present a musical that is full of energy.

In the end, I would say, there is “magic” in everyone.

Always look at what is fun and what you want to do. If you are willing to enjoy something and continue despite any setbacks you may encounter along the way, the journey will eventually become something like magic for you. The important thing is to have curiosity and imagination, and a sense of adventure. I believe that it connects us with the creation and brings us magic.

PROFILE
Eiko Kadono began writing picture books and fairy tales around 1970. In 2018, she won the Hans Christian Andersen Prize for Best Writer. Before that, she won the Obunsha Children’s Literature Award for “The Story of Captain Pants”, the Noma Children’s Literature Award and the Shogakukan Literary Award for Kiki’s Delivery Service.
Kadono was born on January 1, 1935 in Tokyo. After graduating from Waseda University, she moved to Brazil for two years, before returning to Japan. She has created more than 250 works for children, including  Atchi, kotchi , sotchi (over there, over here , that direction”); A Girl called Nada,  Last Run, and Tunnel of the Forest 1945 (based on her experience during WWII), which have been translated around the world.