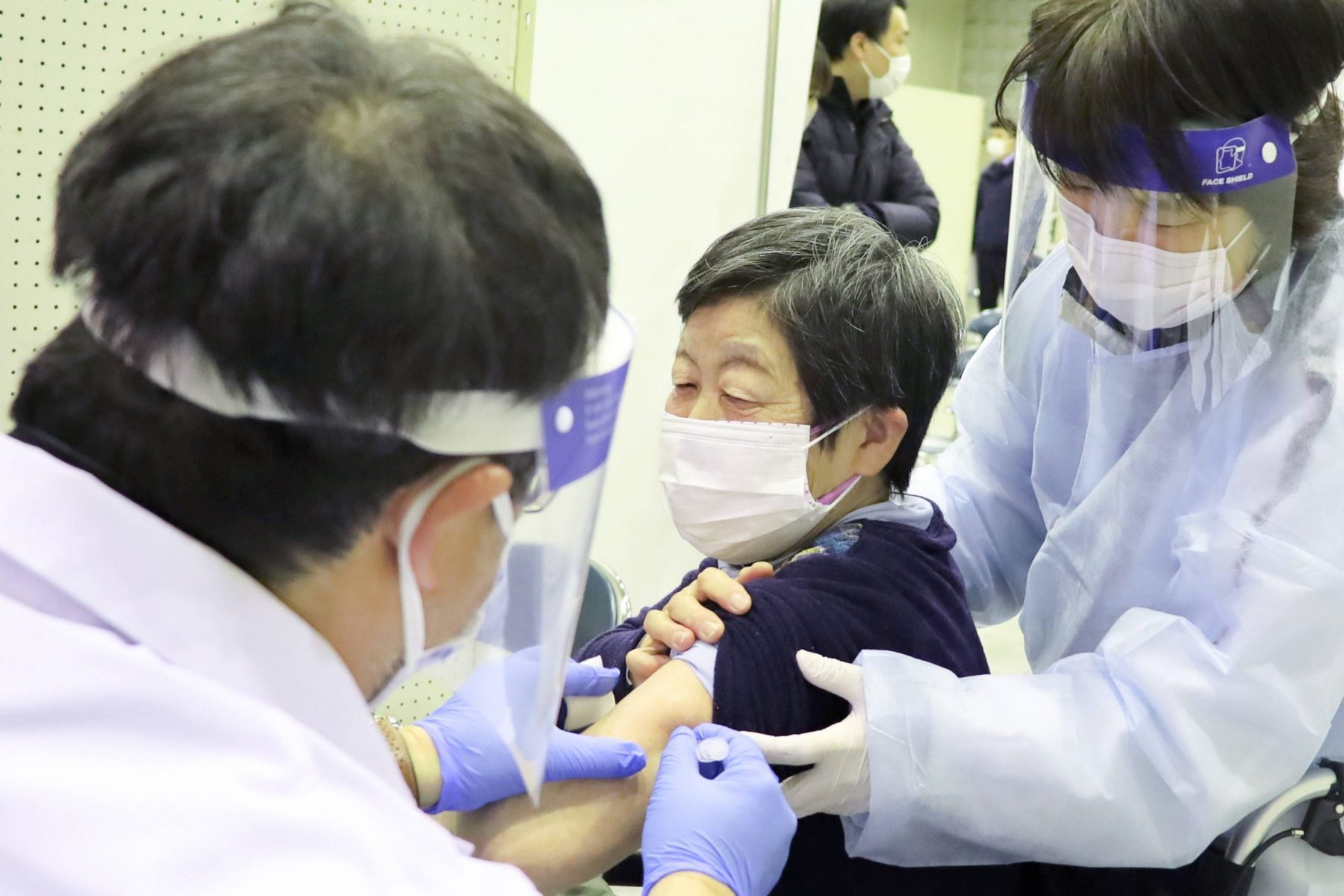 The Japanese government has expressed the ambitious aim to vaccinate all who are over 65 by the end of July in order to move the country forward toward some level of normalcy.

As of May 12, a survey conducted by the Japanese Ministry of Interior and Communications found that 85 percent of local governments in Japan were confident that they could finish vaccinations of the over-65 by the end of July. However, in the Tokyo Metropolitan Area, a large portion fell in the remaining 15 percent, as many as one third of Tokyo governments responded that they were uncertain that they would finish vaccinations in time.

Several logistical issues have come to the fore regarding the vaccine rollout. On April 30, and on May 11, following the Tokyo Medical Association press conference, JAPAN Forward spoke with Toru Kakuta, MD, one of the key people in charge of the vaccine rollout in Tokyo and deputy head of the Tokyo Medical Association, to unpack some of the main problems.

According to a survey conducted by the Japan Ministry of Internal Affairs and Communications, out of the 47 local municipal governments in Tokyo, 20, more than one third, said that they don’t think they can finish the vaccinations of the over 65 by the end of July. Why do you think that is?

We are in the process of dealing with the various requests, and we want to cooperate the best we can, be it to deal with the lack of people or the lack of space where to conduct the vaccinations, or the booking systems.


Tokyo is supposed to do mass vaccinations of the Moderna vaccine for up to 10,000 people per day in the Marunouchi area starting May 24. What are your thoughts on that?

It might not seem so, but vaccinating 10,000 people a day is quite a challenge. If we vaccinate for 10 hours, that is 1,000 people an hour, and on average one doctor can barely get to 20 people in an hour, you need about 50 people. Now, with an operation like this, if it were happening in Tokyo Dome (Stadium), perhaps we could do it, but otherwise I don’t know. I have some doubts whether it’s realistic.

However, on the point that they plan to use the Moderna vaccine, I think that’s good. After all, you can’t use different vaccines one after the other. Also, if you introduce different vaccines to the local government, there is a higher chance of confusion.


What preparations are in place for the Moderna vaccine?

In addition, according to the data from other countries, I am relieved that the probability of an anaphylactic reaction is 2.8 per million people for Moderna, about twice that of the influenza vaccine, which is at 1.4, but lower than Pfizer, which is about 5 per million.

Japan has introduced new reporting software, including the Vaccine Registration System (VRS). What can you tell us about that?

I think it’s very important that we report what is happening with vaccinations with VRS on tablets in real time, especially for the local governments, as they are the ones that distribute the vaccines to the hospitals and clinics.

In addition, before we had V-SYS to record the number of vaccines used and order the next batch for medical staff, we had the HER-SYS to declare the number of COVID-19 patients.

In short, there are many ways to report the number of vaccinations, and [the multiple systems] are taking a toll on the already busy staff on the ground. I have heard people on the ground saying that they would like just to use one system.


Could you explain what is the problem with the booking systems?

Because the seniors don’t always use the internet, they book by phone, and it’s clogging the phone lines, and there are those who can’t get through.

In addition, rather than just calls to book the vaccine, there are also many calls asking for advice about whether it’s okay to get vaccinated, which of course takes time.

Digitally speaking, in Tokyo we are using a booking system organized by the Tokyo Metropolitan Government, which is aimed at about 400,000 people who make up the medical staff. This had an issue, and for a couple of days reservations had to be made by phone, and as of May 11 it’s again operational.

In the background is the problem that each local government has their own system for reservations, which they decide independently. There are companies that go around pitching their system, so there are some localities with the same system. But, essentially, instead of having the government suggest something, each locality chooses their own.

I think that it would have been helpful had the government said “use this,” or shared something which was already functioning to a certain extent. They (hospitals) currently use V-SYS, a new software, and when you have something new there is always some kind of problem.

Having something which already works, which is the same for everyone, I think that would be the simplest thing.


Do you think it’s likely that vaccinations for the over-65 will end in July?

With influenza vaccines, which many seniors take, it normally takes a couple of months to finish all vaccinations.

I think that if we do things with speed, it will take about three months. Therefore, I think it will be difficult to finish by July, especially because currently there are a lot fewer places where you can receive the COVID vaccine compared to the influenza vaccine.


What is necessary in order to vaccinate the over-65 using family doctors?

We need a more detailed schedule of when the vaccinations are going to arrive, and where. Starting from places which have a deep freezer, we need to create a system where we know what is arriving where and when in a lot of detail.

Currently, big companies or pharmaceutical companies are doing it. In different places there are different situations, but we would like the administration [on a local and national level] to organize this uniformly.

We need to increase the number of places where the seniors can get vaccinated, and make it more accessible because moving over-65 is complicated.

In addition, we need to increase the capacity for people to book an appointment through phone or sometimes even in person at the local municipal office.

There are 4,000 hospitals and clinics registered at V-SYS in Tokyo. If we manage to set up a system where everyone can go and get vaccinated at specific times, then I think there is no reason why 3.1 million over-65 cannot get vaccinated.


What is your message going forward?

We want everyone to get this vaccine.

Young people aren’t very concerned because, even if they get it, the worst that might happen is that they get a cold. I think it’s difficult to convince the young generation with just theory and words, so if we have some kind of incentive, say a vaccine passport that you have if you get a vaccination and then can work and go around without worrying.

Any of these vaccines are very effective. I would just like people to get vaccinated. There is talk of side effects, but at clinics and hospitals we are prepared for side effects. If people have any misgivings, they can consult their local doctor.