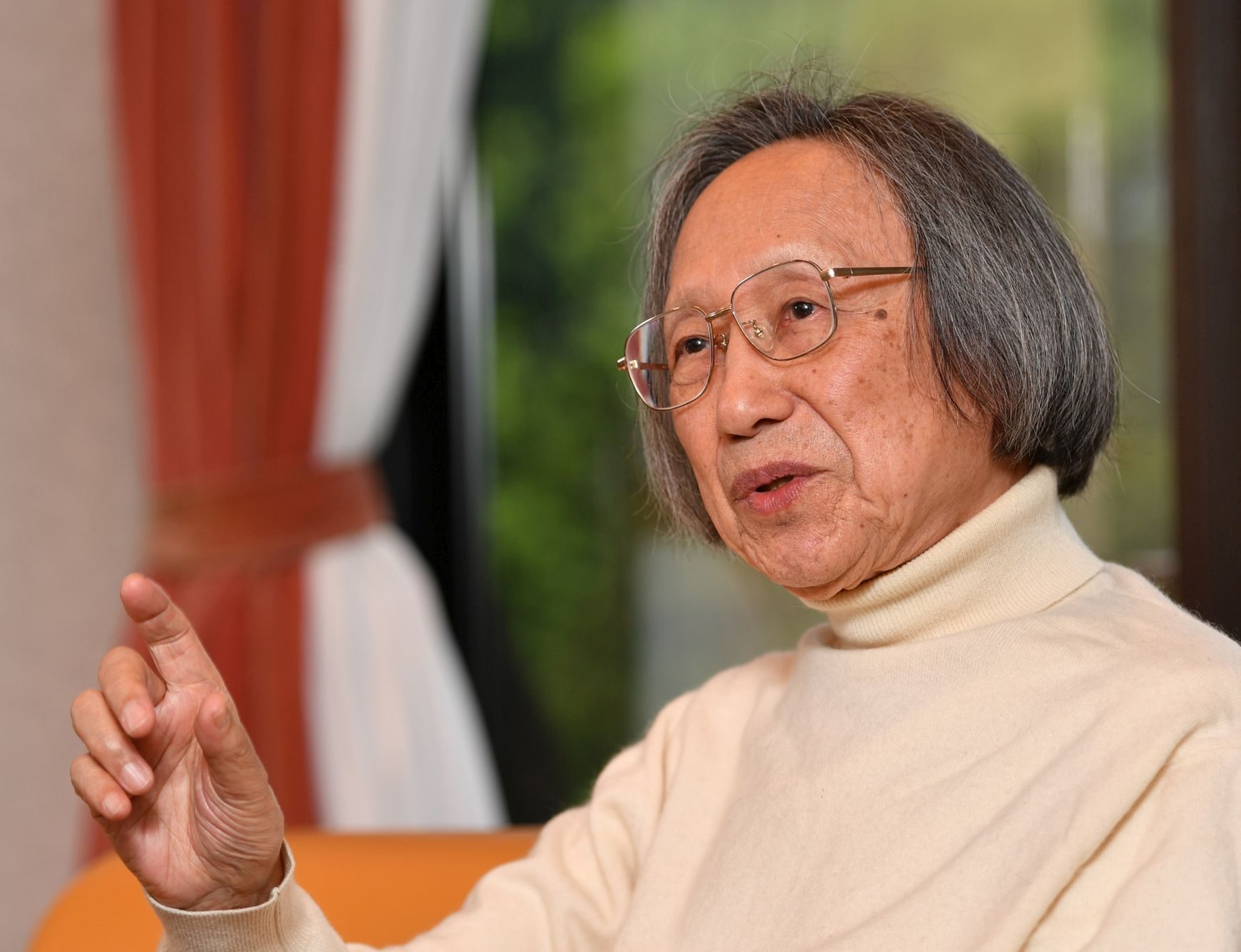 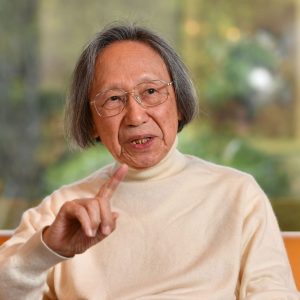 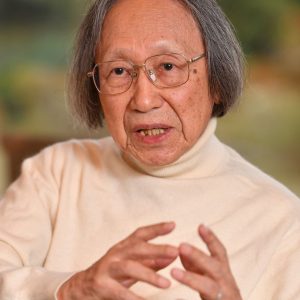 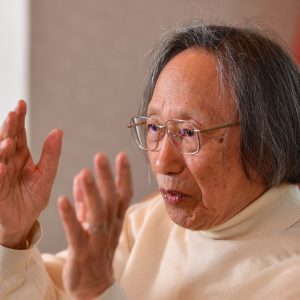 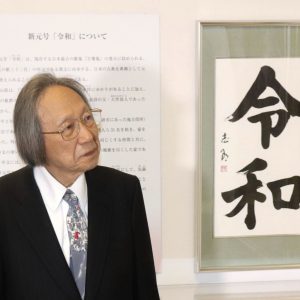 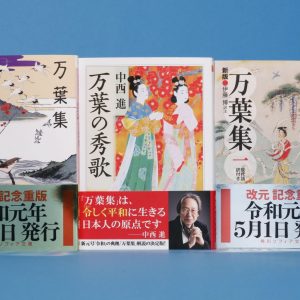 Reiwa, the era name or gengo for the reign of Japan’s new Emperor Naruhito, was taken from Japan’s oldest poetry collection, the Manyoshu (Record of Ten Thousand Leaves). There has been considerable speculation that the 89-year-old Japanese literature scholar Susumu Nakanishi, who is considered the leading expert in the field of Manyoshu research, may be the one who came up with the name.

Although Nakanishi would neither confirm nor deny the rumors, he discussed the background of the new era’s name in an interview with The Sankei Shimbun, explaining that the term reiwa has the additional connotation of “praying for peace.”

The original meaning of the Kanji character for rei was “beauty achieved through proper form.” Nakanishi says that the mission of the Japanese people in the new era should be to spread a spirit of “beautiful peace and harmony” throughout the world.

The Manyoshu scholar emphasized that “the gengo system is an expression of our culture and our value system.”

This is the first era name derived from a classic work of Japanese literature. In the past, era names were selected from Chinese classics. It is also the first time that the kanji character 令 (rei) has been part of an era name.

A public opinion survey conducted jointly by Sankei Shimbun and Fuji News Network found that 87% of respondents approved of the new era name Reiwa. About the same time, Akihiko Fukabori and staff writer Yukiko Yokoyama of The Sankei Shimbun’s Kyoto Bureau sat down with Professor Nakanishi to discuss the new era name.

On the Character 令Rei = Beautiful Goodness

The term reiwa is found in the preface to 32 poems about plum blossoms in the Manyoshu. Isn’t it a verse by Otomo no Tabito (665-731), Governor General of Dazaifu (Dazaifu no sochi) in Kyushu, praising the beauty of the surrounding nature at a poetry party held for a group of friends in the plum garden at his mansion?

It is now the best month of early spring, with the weather fine and the breeze so soft. Plum blossoms bloom white, and orchids are fragrant. Clouds dance back and forth above the peaks at dawn, while the pines appear as if enveloped by a thin silken cover.

Doesn’t this capture the feeling of a beautiful natural scene? Up until now all gengo have been derived from Chinese sources. So, isn’t it about time that Japan looked to its own literature for the name of what is, after all, a new Japanese era?

Heisei, the era name of the recently-retired Emperor Akihito, for example, was a very basic slogan extolling equality and peace. Therefore, following up on that, I think the use of the wa from heiwa (meaning “peace”) seems very appropriate to this new era in which Japan is seeking to spread the wonderful spirit of peace throughout the world.

The character for rei in Reiwa is being used in an era name for the first time. Since the character 零 meaning zero is a homophone for this 令, haven’t some wags suggested that Reiwa will be a time of “zero peace” or a “zero-sum society”?

I would point out, however, that, as used in expressions goreisokuご令息 and goreijoご令嬢 — very formal ways to say son and daughter, respectively — the character rei is used to express a sense of the presentation being proper and pleasing to the eye. That was its original meaning.

I have also done research on The Analects of Confucius (Chinese: Lunyu, Japanese: Rongo) and would note that, in that book, what is beautiful is also considered to be good or proper, and “goodness” is the highest value.

The character used to mean zero was created to stand for a word borrowed from abroad, which is yet another reason why it has nothing whatsoever to do with the rei in reiwa.

Another criticism of the use of rei 令 is that it is the same character used in ritsuryo 律令 (the criminal, administrative and civil codes of the Nara and Heian eras, borrowed from China) with a different reading. Detractors say it has a distinctively bureaucratic feel to it and is therefore inappropriate.

But the fact is that, if an order is a good order, then the people will all willingly follow it, while if it is a bad order, it is sure to fail eventually.

Of course, we can find many near synonyms for rei in the dictionary, but their meanings are all a bit different. They are presented in various sample sentences appropriate to different circumstances. But to go around using them inappropriately is a case of being used by a dictionary rather than using a dictionary.

Grace Exhibited by the Manyoshu Poets

The Manyoshu, which is the source for the new era name, is Japan’s oldest anthology of poetry. It’s been said that its ancient poems are unique in the world in having served as the source of recorded popular songs. But doesn’t history also show that, before the war, the book was used to legitimize militarism?

It is a fact that those in power often fraudulently make use of classics for their own purposes. But the Manyoshu itself does not express the arrogance of victors.

The reason that Otomo no Tabito (poet and leader, c. 665-731) was an official posted to Dazaifu in the first place was that the Fujiwara clan was then on the rise and a daughter of the clan had been made the consort of Emperor Shomu, becoming Empress Komyo. So Tabito, who was very strong, was sent to the provinces to get him out of the way, far from the capital. In their effort to consolidate power after that, the Fujiwara clan even forced Prince Nagaya, the Minister of the Left (sadaijin), to commit suicide.

Among the noted points in Tabito’s later career is an incident in which Tabito sent a koto (Japanese zither) to the Fujiwara clan. In the letter that accompanied it, he said that the koto was meant to be a manifestation of his way of living. His message was: “All of you are concerned about my military strength, but I have no intention of making use of it. Rather, I seek no confrontation with you, even though I dare say that you are hoping for a fight.”

Do you see what I’m getting at? Aren’t you moved by the inherent dignity displayed here?

I think that among the poets whose works are included in the Manyoshu, Tabito is the man who displays the greatest loftiness of spirit.

Tabito’s son, Otomo no Yakamochi (c.718-785), who is believed to be the compiler of the Manyoshu, also used waka poems to secretly oppose the tyranny of the Fujiwara clan.

That’s right. Nevertheless, although there is a tendency to think that when you have two opposing groups you have the choice of either fighting or acquiescing, I believe that there is always a third option. Japan can show that to the world, and I think that Japan, like Tabito and his son, can play that role.

‘Gengo’ as an Emotional Rudder

The Manyoshu was compiled during the Tempyo period. And as we can see from the items stored in Shosoin treasure house at Todai-ji temple in Nara, it was a very cosmopolitan period with many individuals coming over from the Asian mainland. Many phenomena appeared, the influence of which have lasted until today. For example, the desire to achieve peace throughout the realm by relying on the power of the Buddha and the “opening of the eyes” ceremony to dedicate the Great Buddha at Todai-ji.

What happened in the Tempyo period (c.722-748) was that, after overcoming all kinds of tumult, Japan entered an era when there was a desire to build a peaceful society. Consequently, I think the era name Tempyo (literally “Heaven’s peace”) embodied a burning desire of the people at that time.

In that atmosphere, art and literature flourished. Waka poetry was very popular as an expression of prayer for peace, while all kinds of different poets were able to find their distinctive voices. Such kinds of poems were collected in the Manyoshu, and left to us as a valuable legacy.

I also think that the realization of this praying for peace that permeates the Manyoshu can serve a purpose in the Reiwa Era.

With gengo, everyone can share the objective of working to create a certain type of era. You might say that it provides a kind of emotional rudder or support.

It is true that gengo might be thought of as a kind of system. But I think it really should be thought of as a culture or aspiration pointing to a way of living for people. I believe it is good that there should be at least one country remaining in the world that preserves this kind of culture.

I might venture to say that the Western calendar merely uses numbers to express the passage of time. I think that in comparison, the gengo system is much more stylish. Using gengo rather than the corresponding Western calendar when dating a letter, for example, is certainly more aesthetically pleasing.

There has been considerable speculation that you were the scholar who suggested the term “Reiwa” for the new era name.

I truly believe that a gengo is not something that is thought up by a single individual. You have to have people who first come up with suggestions, but in the end a consensus among many opinions will decide the matter. I don’t believe it’s necessary to identify who was the originator of the idea.

It is early spring in the most auspicious month,

The weather is fine and the breeze gentle,

Plum blossoms bloom as white as powder before a beauty’s mirror,

While the fragrance of orchids cloaks everything like incense.

Source: A poem written as the Preface to 32 poems on plums in the Book 5 of the Manyoshu.

Susumu Nakanishi, born in Tokyo in 1929, is widely considered the foremost expert on Japan’s oldest poetry collection, the Manyoshu (Record of Ten Thousand Leaves). He graduated from the University of Tokyo with a PhD in Japanese literature. Currently he is the director of the Koshi no Kuni Museum of Literature in Toyama City and professor emeritus at the International Research Center for Japanese Studies in Kyoto. Nakanishi is renowned for his use of comparative literature research techniques for literary analysis of the Manyoshu, an approach sometimes referred to as “Nakanishi Manyogaku.” One characteristic of his research is the consideration of early Japanese literature in the context of greater East Asia. The author of numerous books, Nakanishi was awarded the Order of Culture in 2013.

(Click here to read the interview in its original Japanese language.)