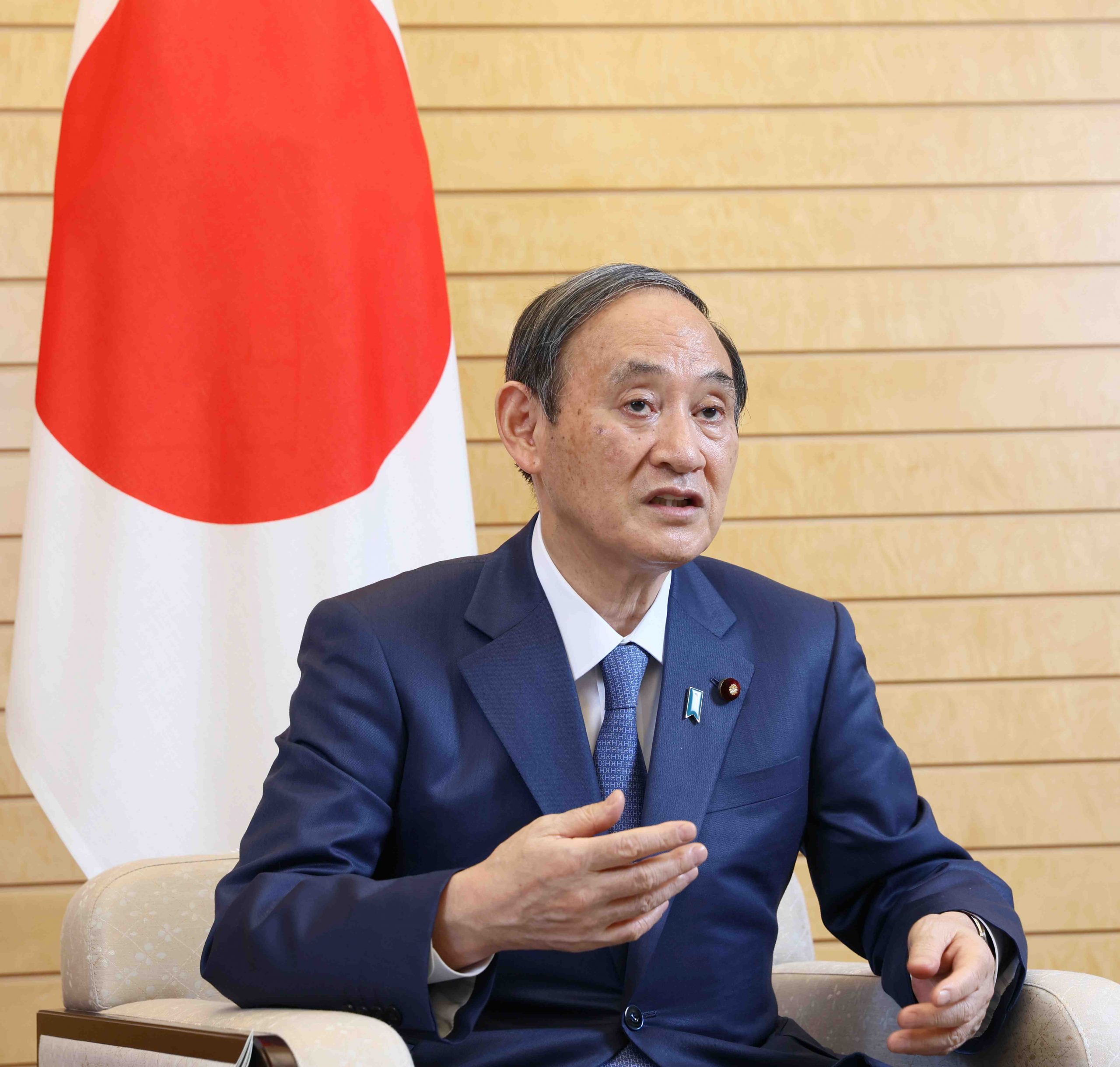 Prime Minister Yoshihide Suga reiterated his desire to see the position of Japan’s Self-Defense Forces (SDF) explicitly affirmed under Article 9 of Japan’s Constitution in an exclusive interview with The Sankei Shimbun, which took place prior to the official marking of Constitution Memorial Day on May 3.

It was 74 years ago during the postwar Occupation that the current Constitution was adopted. This document, which embodies Japan’s fundamental principles for governance, has not been amended since then, making it the oldest unamended constitution in the world.

Suga noted the changing public perceptions of the SDF, which is not mentioned in the Constitution, saying that “Many citizens have come around to the view that the SDF’s status should be explicitly legitimized.”

He added that the ruling partiesーSuga’s Liberal-Democratic Party and its coalition partner, the Komeitoーwould jointly campaign for constitutional revision in the next session of the Lower House (House of Representatives) that must take place before the fall.

“That’s a given,” Suga stated definitively. “We plan to include it in a package of several key policy proposals.”

Suga thereby indicated that he intends to be more proactive as LDP party leader in advancing constitutional reform and preparing for the general election.

Concerning the fact that Japan’s current Constitution has never been revised, Suga said, “With things constantly changing in the world, the truth is that provisions of the (current) Constitution have become unrealistic in light of current conditions.”

Suga noted that constitutional revision is part of the LDP’s party platform, and added, “That policy will not change in the least.”

Debate on constitutional reform in the current National Diet has bogged down due to the unyielding go-slow stance of some opposition parties, including the Constitutional Democratic Party (CDP) and Japan Communist Party (JCP).

Currently we are seeing the eighth carried-over deliberations on proposed revisions to the National Referendum Act, the law which stipulates the procedures for constitutional amendments.

Regarding that issue, Suga said, “It is only natural that the discussions in the National Diet should proceed.”

With COVID-19 infections continuing to spread, one of the four items in the constitutional revision proposed by the LDP deals with states of emergency, and specifically mentions “infectious diseases.”

Suga said, “It would be proper for the commissions on the Constitution (in both houses) of the National Diet to earnestly proceed with in-depth debate (on the provision for dealing with emergencies).”

In looking back at his April meeting with U.S. President Joe Biden in Washington D.C., Suga said, “It was like a laid-back get-together of old friends.”

As far as the role Japan should play in the Japan-U.S. alliance, Suga indicated that he intends to work to strengthen Japan’s defense capabilities, saying, “Japan, too, will certainly do what it needs to do.”

Suga added that he and Biden “share the same thinking” regarding policies for dealing with China. He said that in line with their mutual commitment to such universal values as freedom and democracy, Japan and the United States would steadfastly continue to clearly state that China too must ensure such rights.

The prime minister also reaffirmed his determination to see the Tokyo Summer Olympic and Paralympic Games take place in July, saying, “I want to have things proceed as scheduled.”