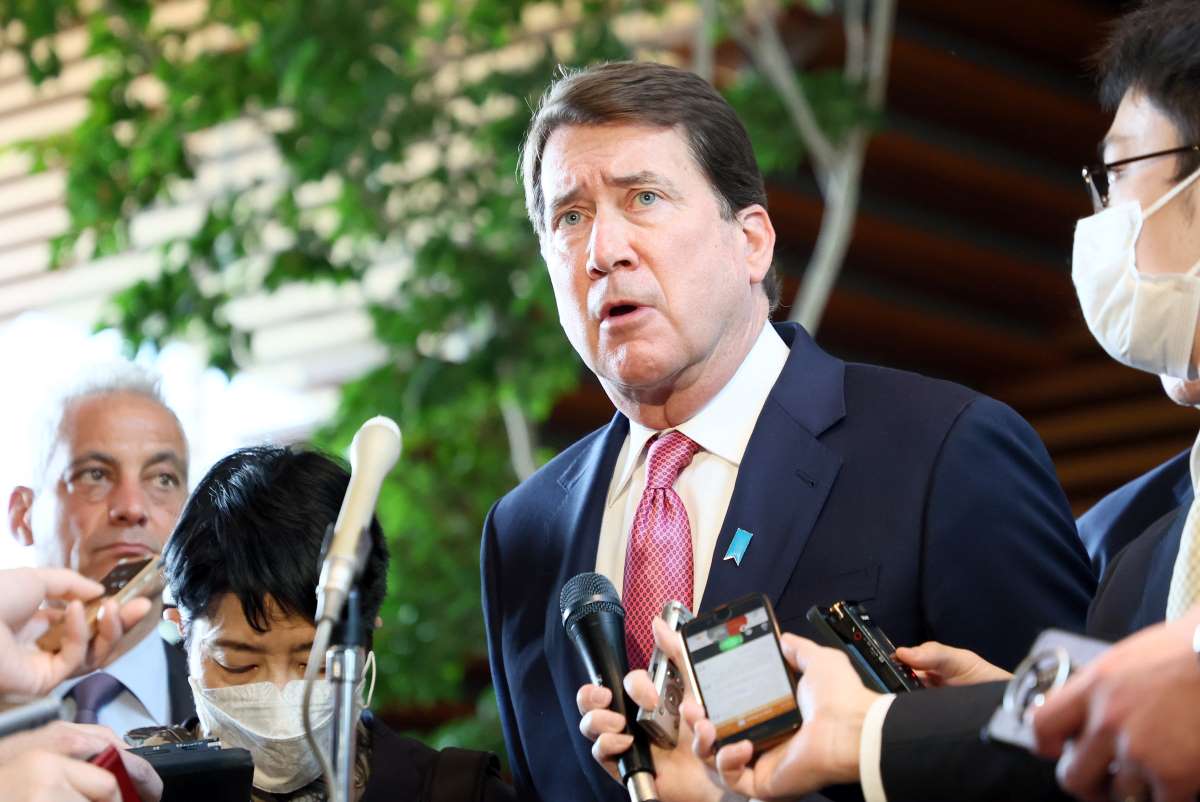 The two exchanged views on Russia’s invasion of Ukraine as well as issues related to China and North Korea.

After the meeting, Mr. Hagerty told reporters, “I’m very pleased to say that the President of the United States will be here later next month in Japan to focus on the Quad.”

The Quad — a cooperative framework of the four countries of the United States, Australia, India, and Japan — will hold a leaders’ summit meeting in Japan in May.

US Ambassador Rahm Emanuel, who took on the post in Tokyo in late January 2022, and others were present at the meeting.

Excerpts of Senator Hagerty’s Q&A with the press follow:


Senator Hagerty, what did you discuss in your meeting with Prime Minister Kishida?

We just had a very productive meeting with the Prime Minister. We’re here to underscore the importance of our strong relationship. And as the United States and Japan’s alliance is tested every day, we’re finding new areas to cooperate, whether it be with respect to Ukraine and Russia, or what’s happening in North Korea. Also, with the overarching concerns that we both share about China’s presence and China’s aggressive posture in this region.

There are many opportunities for us to cooperate. We’re looking for those opportunities today and we’re very pleased to have such a successful meeting with the Prime Minister, thank you.


As you discussed Russia and Ukraine, what specifics were addressed on the subject of additional sanctions on Russia or about Ukrainian refugees?

We are very pleased to see Japan’s leading foreign policy posture, [with Japan] joining us in the most extensive sanctions regime that has ever been unfolded in the world. We all are very disappointed, very concerned about the human rights issues occurring in Ukraine. Senator [Ben] Cardin is a leader in this arena and made some very direct requests of the Prime Minister.

We see this as an opportunity for our alliance to grow even stronger as we stand up for the rights of democracies. We see the atrocities underway in Ukraine. We never want to see that happen again. And the fact that the United States and Japan are standing together as friends make an important message that we send around the world.

Do you have plans to visit Taiwan this time or in the future?

This trip is specifically focused on Japan, and I’m very pleased to say that the President of the United States will be here later next month (May) in Japan to focus on the Quad. [United States] Ambassador [Rahm] Emanuel will be leading that [effort]. And I’m certain we’ll do a very good job as this underscores the strength of our bonds of kizuna with Japan. The fact that our President will be visiting here late next month underscores the importance of this entire region to America.


You’ve come back to Japan, to Tokyo, this time as a former ambassador. How do you feel right now?

I couldn’t feel better about the strength of our relationship. And I’m so pleased to see the forward-leaning posture of Japan.

Japan continues to strengthen its presence and continues to strengthen its partnership with America. We have strong bipartisan support for their relationship in the Senate as evidenced by the fact that two very senior members of the Senate are here — Senator [John] Cornyn (Republican, Texas), and Senator [Ben] Cardin (Democrat, Maryland) — to join me.

We’re here to support our ambassador and the relationship with Japan. I’m very pleased to see the progress moving forward, under new leadership and [believe it is] something that will make our countries very strong together. Thank you.

RELATED: The Quad Foreign Ministers’ Meeting: What Lies Ahead?