The Quad Foreign Ministers’ Meeting: What Lies Ahead? 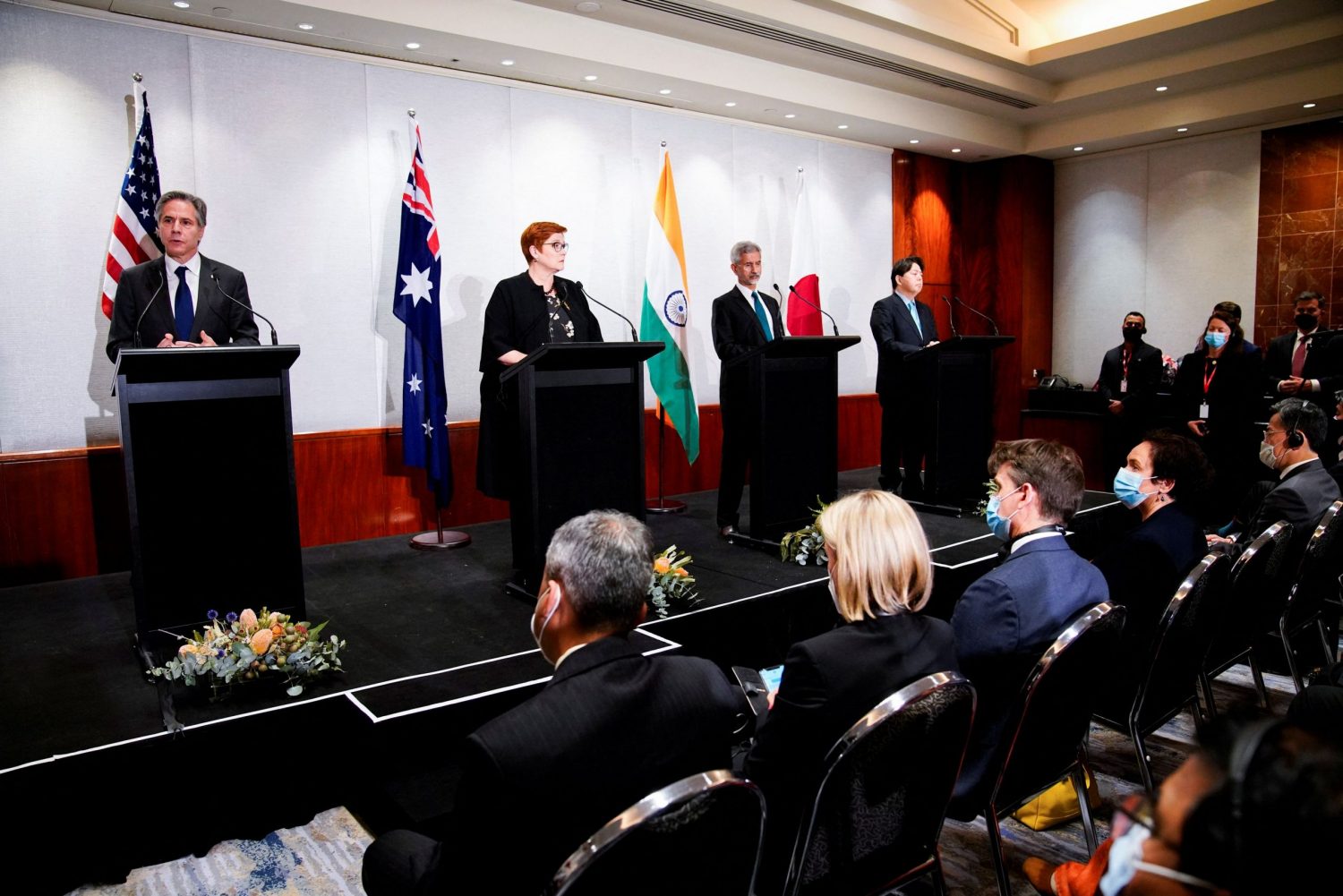 The recently concluded February 11, 2022 Quad (Quadrilateral Security Dialogue) ministerial meeting in Melbourne, Australia, just goes to show how far these countries have traveled in the last couple of years.

The Quad has developed very fast since it was resurrected on the sidelines of the 31st ASEAN and the 12th East Asia summits in the Philippines in November 2017. That was after the original Quad was dumped soon after being set up way back in 2007.

It is worth noting here that the original Quad was a brainchild of the former Japanese Prime Minister Shinzo Abe, who had talked about the “Confluence of the Seas” in a landmark speech before the Indian Parliament.

There are a lot of things which are bringing the Quad countries closer.

One of them is the issue of China, which has grown increasingly belligerent in the last couple of years. Whether it be the United States, Japan, Australia or India, China has had run-ins with all the Quad countries.

At the same time, the recently-released United States Indo-Pacific Strategy review notes that “the PRC is combining its economic, diplomatic, military, and technological might as it pursues a sphere of influence in the Indo-Pacific and seeks to become the world’s most influential power”.  This underlines the importance of the Quad in Washington’s security calculations since the United States recognizes that it cannot tackle the China-threat alone.

Second, the outbreak of the COVID-19 pandemic has brought about even bigger challenges for all these Quad countries. The US has been hit the hardest in terms of fatalaties from the pandemic, while the economies of the other Quad countries have also taken a big hit. Supply chains have been upended.

Fourth, one remarkable area of progress among the Quad countries has been the fight against the COVID-19 pandemic. During the first in-person Quad Leaders’ Summit in September 2021 in Washington DC, the leaders welcomed the Indian Prime Minister’s announcement that New Delhi “will start supply of India-made Covid 19 vaccines to the Indo-Pacific region with eight million doses, from October 2021.”

Now, the joint statement issued after the recent Quad Foreign Ministers’ Summit notes that, “as we enter the third year of the COVID-19 pandemic, Quad partners have collectively provided more than 500 million vaccine doses. Together, we have pledged to donate more than 1.3 billion vaccine doses globally.”

However, there are quite a few other challenges as well.

First, while Japan and Australia are treaty allies of the US, India is not. New Delhi has close defense ties with Russia, and Washington has not been too happy with Delhi’s recent purchase of S-400 missile batteries from Russia.

Second, all the Quad nations have close economic ties with China and hence it remains to be seen how far they would be willing to go in their political ties, should push come to shove. In addition, many private firms from these countries have a cozy relationship with China, which provides a big market for these firms.

Third, on the economic front, there are some dissonances. India has not joined the Regional Comprehensive Economic Partnership, and both the United States and India are not a part of the Comprehensive and Progressive Agreement for Trans-Pacific Partnership (CPTPP). Hence, the economic ties between the Quad nations have not kept pace with the developments on the strategic front.

Fourth, while the joint statement made all the right noises about “North Korea’s destabilizing missile launches,” the fact remains that the Quad is helpless in this regard as it does not possess any military muscle. In addition, the United States and Japan will need the services of China to tackle the threat from North Korea, which has launched a series of missiles in the last couple of months.

Fifth, there is also a view that arrangements like AUKUS, which includes Australia, the United Kingdom and the United States, may diminish the role played by the Quad in the long term since the AUKUS pact allows for the sharing of military knowledge, unlike the Quad.

The recent Quad Ministerial Summit afforded the foreign ministers from these countries an opportunity to meet their counterparts at the bilateral level. For example, the Indian External Affairs Minister met with his Japanese counterpart. The joint statement released after this meeting notes that Japanese “Foreign Minister Hayashi stated that together with Minister Jaishankar, he would like to further enhance Japan-India diplomatic relationship which marks the 70th anniversary this year.”

The baton will now pass to Japan, which will host the next summit of the Quad leaders later this year. The plan is for this next meeting to be attended by the heads of state of all the Quad nations, including US President Joe Biden.

The Quad is still very much a work in progress, As they say, the proof of the pudding will be in the eating.

Dr. Rupakjyoti Borah is a Senior Research Fellow with the Japan Forum for Strategic Studies. The views expressed here are personal.