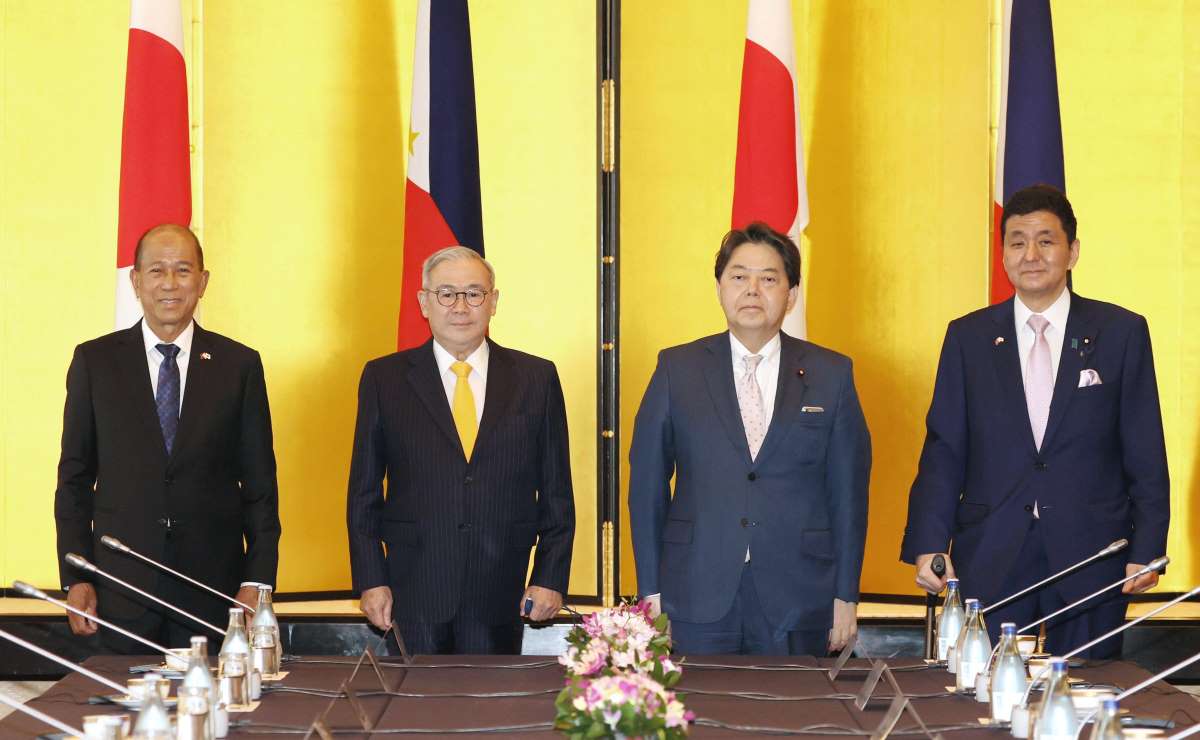 The foreign and defense ministers of Japan and the Philippines held their first “2+2” meeting on April 9. Both sides expressed “serious concern” about the situation in the East and South China Seas and opposed any actions that may increase tensions.

The looming presence of China, which seeks to change the status quo by force, was the motive behind their agreement to strengthen defense cooperation.

Both Japan and the Philippines are maritime nations and share fundamental values, such as the rule of law, freedom, and democracy. Dealing with the threat of China — an autocratic continental nation — in alliance with the United States is a key security issue for both countries.

The sea around the Philippines is also a major sea lane for Japan, which means it is crucial for Japan’s independence and prosperity that the Philippines not be overtaken by China’s influence.

The Japan-Philippines “2+2” joint statement expresses their agreement to strengthen their overall defense relationship through the consolidation of defense capabilities, navy port calls, and the transfer of defense equipment.

It also affirms that the two countries will begin discussions on signing a Reciprocal Access Agreement (RAA) and other agreements that would serve as a legal basis to grant Japan’s Self-Defense Forces and the Philippine armed forces reciprocal access, with eyes set on conducting joint exercises. Hopefully, the countries will work towards fulfilling both goals.

But there is also cause for concern. On April 8, the Philippines’ President Rodrigo Duterte and China’s President Xi Jinping held a telephone summit upon China’s request.

Xi attempted to restrain a strengthening of the US-Philippines alliance by inviting the Philippines to “work together to maintain peace and stability in the region.”

But at the same time China has been constructing artificial islands and turning them into military bases in disregard of international law, violating the rights of the Philippines, Vietnam, and other countries that have territorial claims and rights to islands in the South China Sea.

Also, China’s ostensible “fishing vessels” have been roaming the Philippines’ exclusive economic zone with maritime militias on board.

So, at best, Xi Jinping’s call for the Philippines to “maintain peace” is an ironic joke. It is no more than a demand for submission by the very culprit disrupting the international order.

But the Philippine government, unable to ignore China’s military and economic power, is struggling to get off the fence. Agreeing to speak to President Xi while also conducting US-Philippines joint exercises and holding a Japan-Philippines “2+2” meeting at the same time is an indication of this. President Duterte has even talked about pigeonholing the South China Sea issue.

After the presidential election in May, the Philippines will welcome a new leader. The Japanese government should continue appealing to the Philippines for its cooperation.