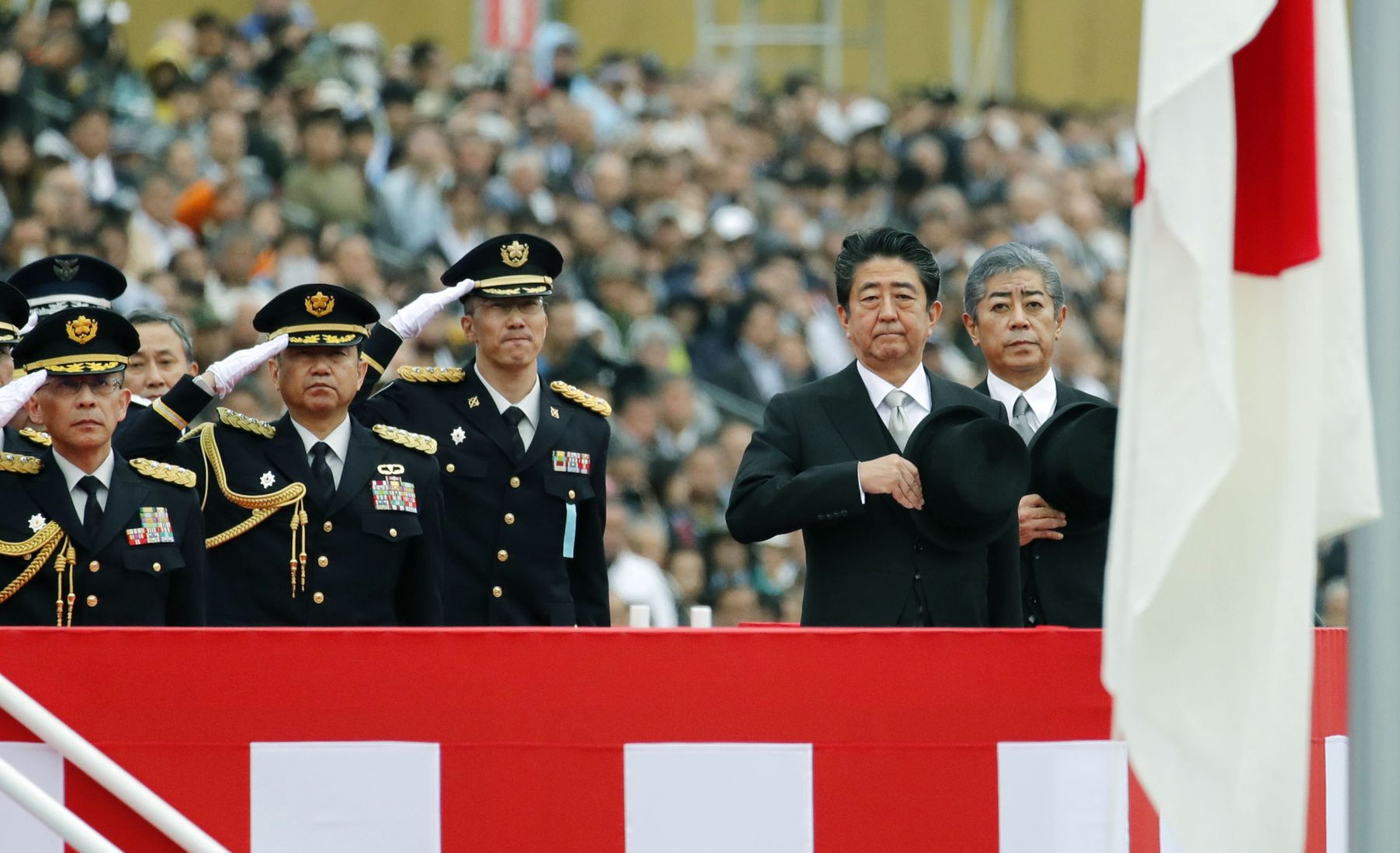 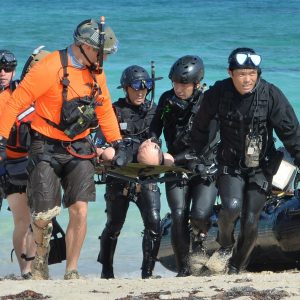 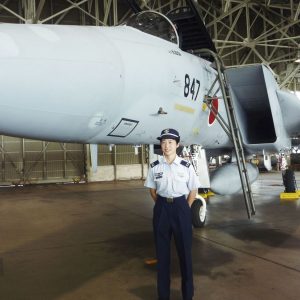 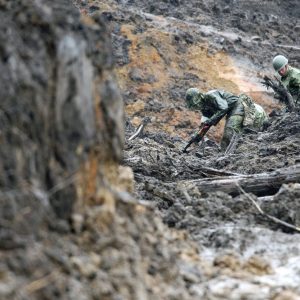 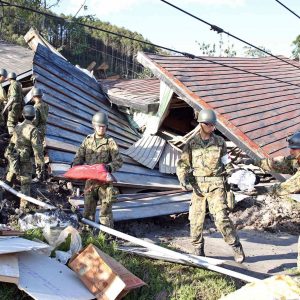 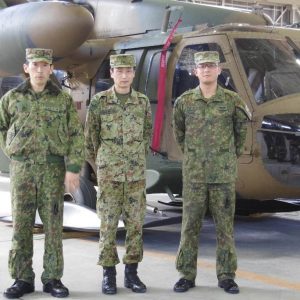 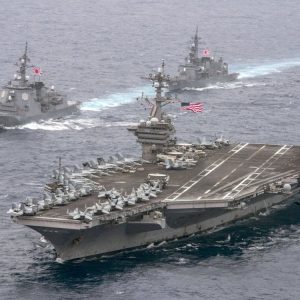 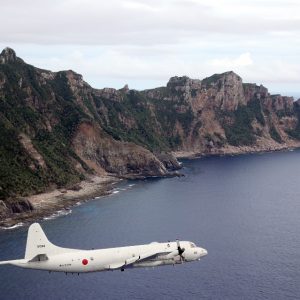 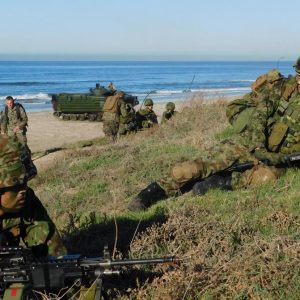 Joint training of Japan's GSDF and US Marine Corps 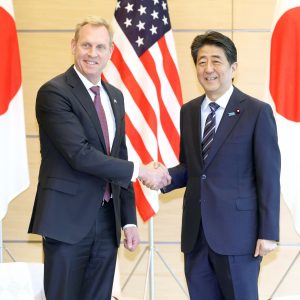 It is remarkable to examine the Japanese public’s relative silence towards Japan’s announcement to purchase the F-35B as its newest military acquisition — a major piece of military hardware — compared to the reaction such a move would have provoked 10 years ago.

Such an acquisition, along with a study which confirms Japan could convert its Izumo-class carriers to support F-35Bs, would have produced wild gesticulations in opposition parties in previous ages.

It seems clear that Prime Minister Shinzo Abe’s administration, while still not successful in its principal objective of constitutional revision, has succeeded in changing the tone of the public’s perceptions of Japanese military activity. By doing so, his administration has slowly moved the national conversation about defense from “Article 9 only” to a budding realization that Japan’s neighborhood is getting less secure.

This change from outright obliviousness to slow acceptance has made notable progress from 2012 to present. It is worth examining how this happened in order to best determine what Japanese defense will become in a post-Abe Japan.

Changes in the Japanese defense enterprise since 2012 can be measured in two major ways: policy and posture.

Briefly defined, defense policy is the overall plan and priorities a government places on broad concepts and geographical areas for its physical defense. Posture comprises the choices a nation makes when it pursues military equipment, technology, where it places these things, and in what quantities.

First, policy has clearly been expanded under Prime Minister Abe’s watch. It has unequivocally focused its defensive outlook on Japan’s traditional two entryways and greatest geographical vulnerabilities: northern Japan near Hokkaido and the Northern Territories, and southern Japan near Korea and Okinawa.

The allied arrangements are the U.S.-Japan Security Consultative Committee, commonly known as 2+2, and the Guidelines for Japan-U.S. Defense Cooperation.

The Guidelines for Japan-U.S. Defense Cooperation were revised in 2014 and 2015, indicating increasingly robust military cooperation. Both documents specifically name capabilities both nations are targeting for shared responsibility.

The 2018 NDPG are less controversial but just as consequential for defense. They call for a realistic examination of the actual security threats facing the country and specifically note Japan as the ultimate guarantor of its own security and independence.

It is clear the defense policy under Prime Minister Abe has taken significant strides in the direction of vigorous United States-Japan cooperation and realistic reaction to emerging regional security threats.

Second, compared to the previous 10 years, Japan’s military posture has seen significant change and is the source of greatest surprise when it comes to the public’s expanded acceptance.

For instance, Japan officially established its long-awaited Amphibious Rapid Deployment Brigade in 2018, a unit of Japan Ground Self-Defense Force soldiers and associated maritime equipment who are trained explicitly for amphibious operations. Further, acquisitions have increased in scope and size. This period has seen the introduction of the E2-D Hawkeye, KC-46A air-to-air tanker, the AEGIS ASHORE missile defense system, the F-35A, the RQ-4B, and CV-22 Osprey, to name a few (but certainly not all).

Foreign acquisitions aside, Japan has also gradually and unmistakably enhanced its military posture in the Nansei Shoto, or southwest island region, in direct response to regional military threats. Japan transferred an entire fighter squadron from Komaki Air Base to Naha Air Base in Okinawa in 2016. That same year, the Self-Defense Forces began gradually building up permanent bases in the Ryukyu island chain, establishing Yonaguni Base in 2016, garrisons on Miyakojima and Amami-Oshima in 2019, and an initial presence on Ishigaki later that year.

These establishments all point to one purpose: to project enough Japanese military power into the area in order to control access to the wider Pacific through the waterways between Japanese regional holdings, if Japan so chooses to restrict said access. In this way, the Self-Defense Forces have convinced many of the public their role is to beef up domestic defense of sovereign territory, something that rings true amid constant headlines of rancor over Takeshima, the Senkaku Islands, and other regional territorial disputes.

What do these changes mean? Taken together, defense policy and posture are just one more front in the battle for Japan’s soul: the battle for the public.

Defense is simply one of the more “untouched” factors — compared to the well-worn roads of environmental reform, social welfare, and education, for example — that the government can use as it tries to influence Japan’s most consequential decision of the 21st century: whether or not Japan will be a top-tier or middle-tier power.

At its heart, Japan’s defensive posture is an expression of the tug-of-war between what the current government wishes for Japan — Prime Minister Abe’s vision of a strong top-tier regional power — and what the Japanese people would prefer to see Japan become, which appears to be an inward-focused state where the government’s priorities are internal stability, medical care, and employment and social safety nets.

This dichotomy between the ruling government and Japanese public opinion will determine the military, and therefore regional, destiny of Japan for the foreseeable future. This makes the public’s tacit acceptance of increasing military activity all the more relevant.

Despite its successes since 2012, there is reason for the government to be concerned it may lose this fight.

First, while Prime Minister Abe’s attempt to change the Japanese people’s thinking about defense have moved the needle slightly, it is difficult to determine whether or not these efforts have penetrated the greater public at large. While defense conversations have circulated well within the government and the Cabinet, some public opinions on defense have stagnated and even regressed in some cases.

Cabinet public opinion polls between 2017 and 2018, for example, show slight decreases in satisfaction with U.S.-Japan relations, and the respondents still overwhelmingly believe the Japan Self-Defense Forces’ primary role is disaster relief and civilian rescue at the high response rate of 79.2% as of January 2018. While no public opinion poll can ever paint a completely clear picture, these trends indicate trouble ahead for a post-Abe Japan seeking a larger defensive role in the Indo-Pacific.

More importantly, these trends do not give much confidence to a central government seeking to revise the Constitution, which requires a favorable simple majority vote from the national polity.

A public half-hearted on defense has future policy implications as well. Take, for example, space policy. The defense policy and posture efforts discussed in this article are regionally-focused, which is important, but policy documents released since 2012 only briefly mention space as an important facet of national defense.

The 2018 NDPG, for example, mentions space as an area of national interest for Japan, and contains a commitment to cooperating with the U.S. and government organizations, and also to enhance Japan’s Space Situational Awareness. Beyond this, though, the document gives limited attention to particulars and outlines no particular policy plan.

While the recent announcement that Japan is looking to dedicate a portion of the Self-Defense Forces to space domain operations in the near future is a positive step for enhancing posture, carving 100 personnel out of the already-strapped Japan Air Self-Defense Force by fiscal year 2022 will barely make a dent in Japan’s space defense needs.

These needs will eventually have to be met. And an unwilling populace ignorant of space and more concerned about fighting for social benefits could seriously hamper any policy and posture progress. A public clamor for social benefits will get louder as the population continues to age, as well.

In a speech given at the Center for Strategic and International Studies in 2013, Prime Minister Abe clearly and unequivocally expressed his desire that Japan would never become a tier-two country. A critical aspect of this goal is Japan’s military power and its concomitant regional power projection.

While Prime Minister Abe and his government have made clear strides in moving Japan’s defense enterprise, maintaining the momentum he has built after he leaves office depends entirely on the people of Japan.

Whether or not the Japanese public has accepted Japan’s new defensive posture, and whether or not they desire Japan to be a tier-one or tier-two country, remains to be seen. If Japan does not choose, the choice will eventually be made for it.