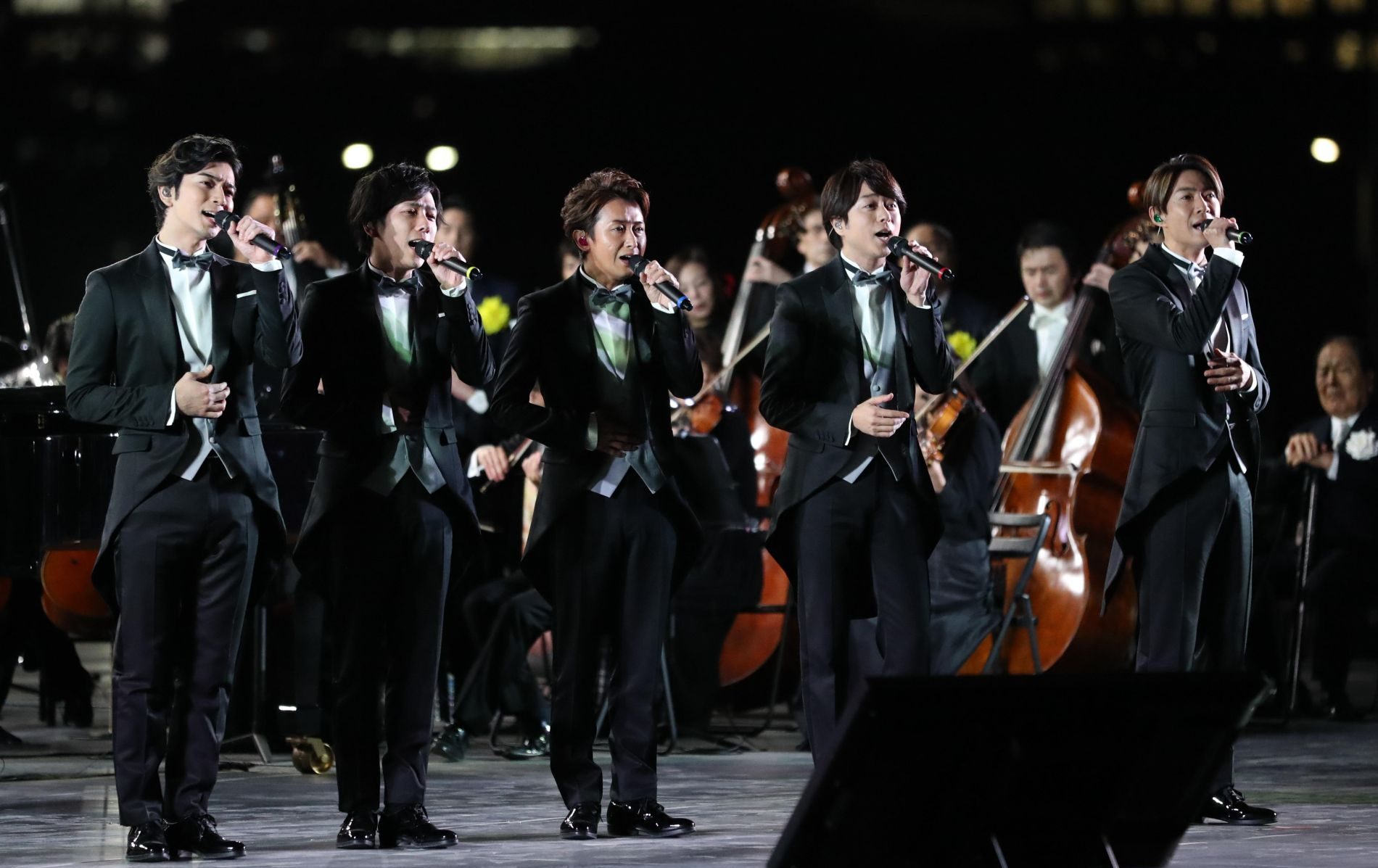 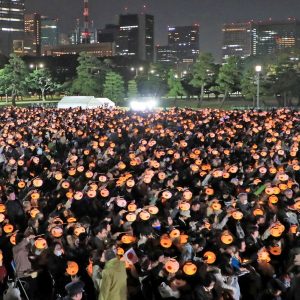 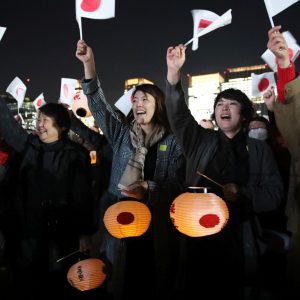 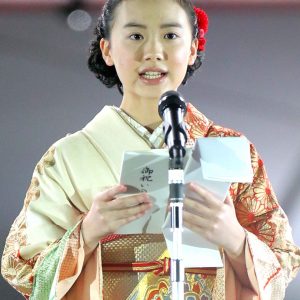 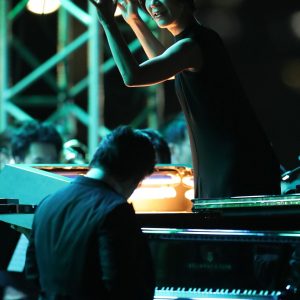 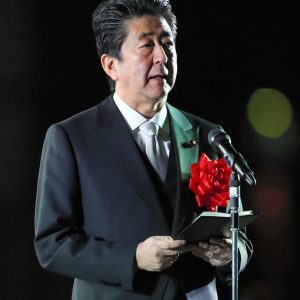 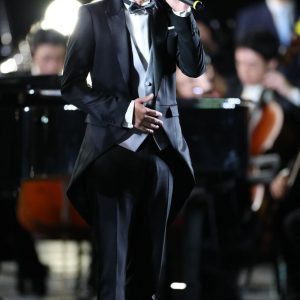 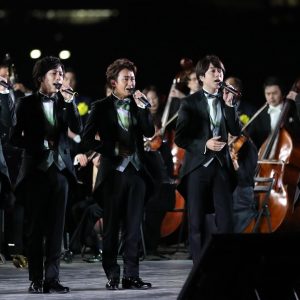 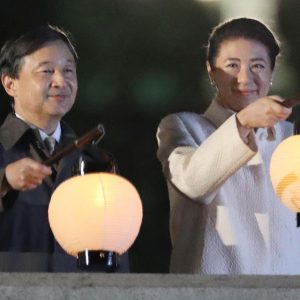 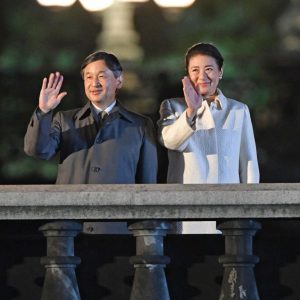 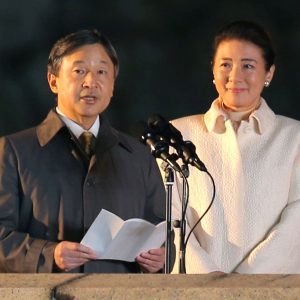 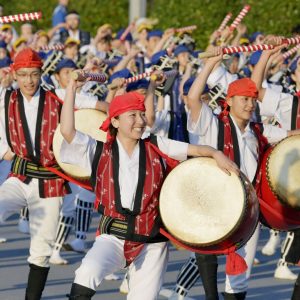 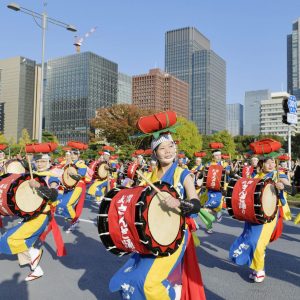 When you laugh, the world lights up —

We send our happiness to you.

With this chorus — from a song especially composed for the enthronement of the new Japanese emperor — tens of thousands of people culminated a citizen-led celebration in Tokyo on Saturday, November 9, graced by no less than Emperor Naruhito and Empress Masako.

It was a prelude to a larger government-organized parade on Sunday, November 10, in the streets of Tokyo.

On Saturday, more than 2,000 children and people in folk festival costumes joined a celebratory parade past 5 P.M., showcasing the most famous traditions from all over the country. Japanese from Akita Prefecture, for example, brought the awe-inspiring tradition in which men balancing several-meter-high pole structures with lanterns on their hips as they paraded through the streets of the Chiyoda district in front of the Imperial Palace.

Following the colorful parade, the second part of the celebration took place on a special stage in front of the Palace grounds, featuring Japan’s top performers. The theme was “water,” reflecting the Emperor’s special interest in the topic.

Just after 6 P.M., the new Reiwa Emperor and Empress appeared out of the imperial gates near Ishibashi bridge, greeting and waving to the performers, politicians, and guests.

In a short speech, Prime Minister Abe called on the people to “keep in [their] hearts the desire of the Emperor to build a country full of hope where everyone can thrive.”

Then, in the presence of the imperial couple, came the highlight of the evening’s celebration: “Ray of Water,” a 13-minute performance composed for the occasion of the enthronement of the Emperor. The song was performed by some of Japan’s most famous artists, including pianist Nobuyuki Tsuji, who is visually impaired.

The first and second parts of the song were music without lyrics. Then heartthrob J-pop band ARASHI appeared to sing the lyrics in the third part, called “Journey to Harmony,” with the full backing of the orchestra and a children’s choir. The performance was so powerful, it moved Empress Masako to tears, as caught by TV cameras.

Naruhito responded to the celebration with a special mention of those affected by typhoon Hagibis in September and the heavy rains that brought floods in early October that were the worst in more than 50 years.

“Seeing the devastation brought about by the typhoon was heartbreaking…. I am praying that the lives of those affected can go back to normality as soon as possible,” the Emperor said.

The evening ended with the crowd repeatedly cheering “Banzai!” — literally, 1,000 years, but is used like “Long live the Emperor!”

The enthronement ceremony for Emperor Naruhito took place in front of people from all over Japan and leaders and dignitaries from more than 180 countries on October 22.

On Sunday, the Japanese people en masse will finally be able to greet the new Reiwa Emperor in a public parade through the streets of Tokyo. In what is predicted to be a gloriously sunny day with peak temperatures of 17 degrees celsius, Naruhito and Masako are scheduled to ride in an open car and greet the general public from the streets for the first time as officially enthroned Emperor and Empress of Japan. The event is scheduled to begin about 3 P.M.

Click here for more of JAPAN Forward’s coverage of the festivities marking the enthronement of Emperor Naruhito and beginning of the new Reiwa era.