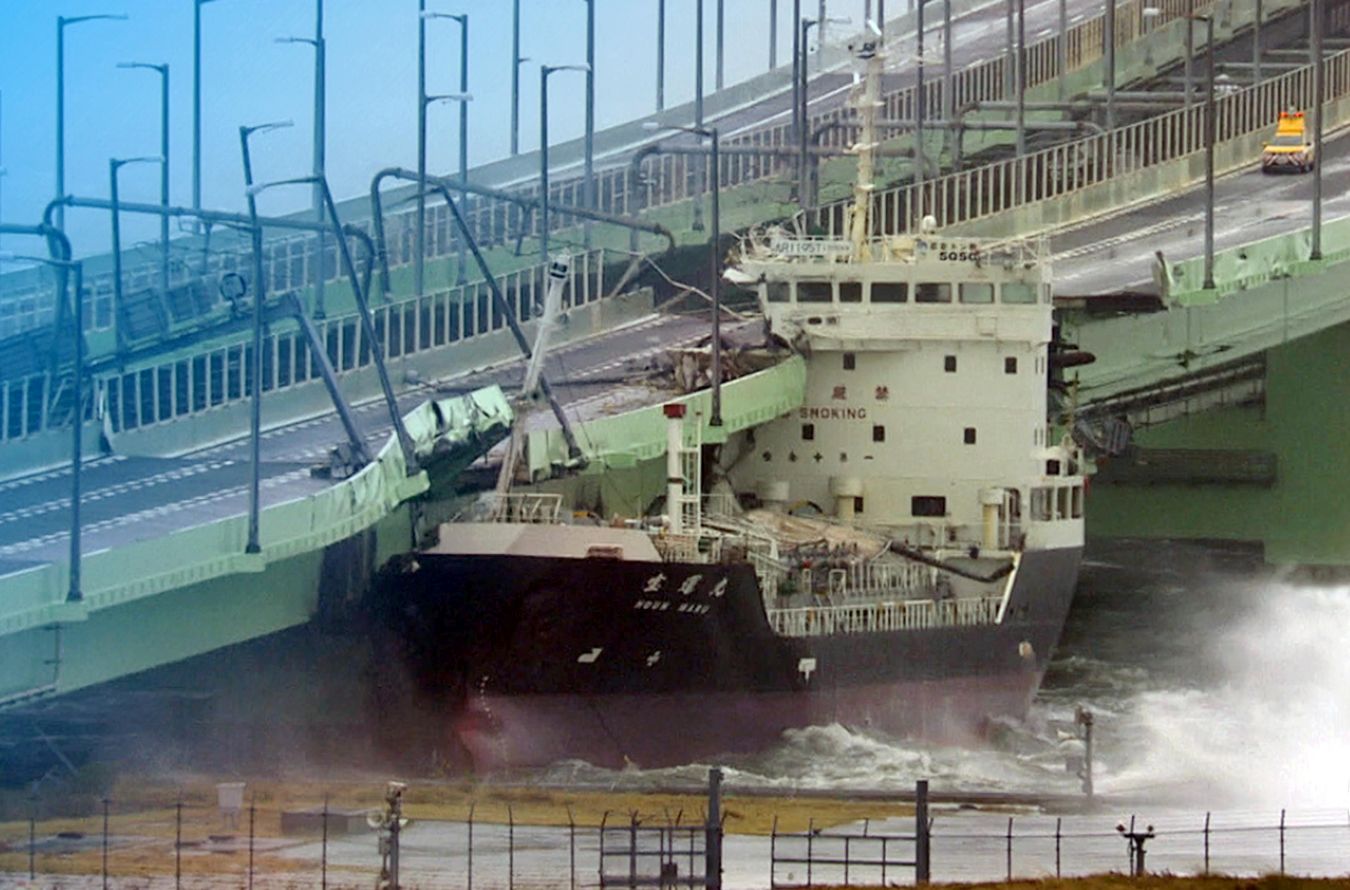 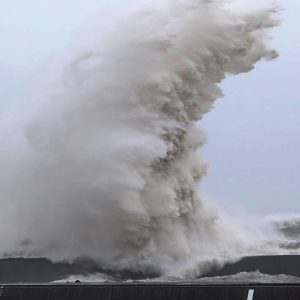 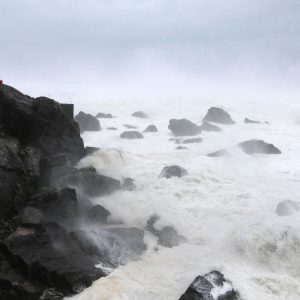 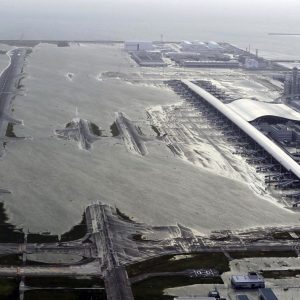 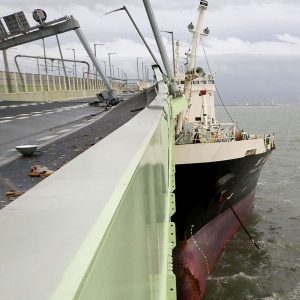 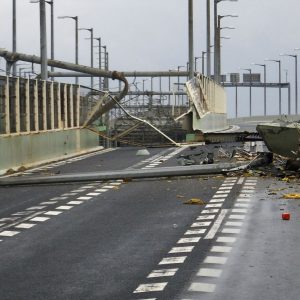 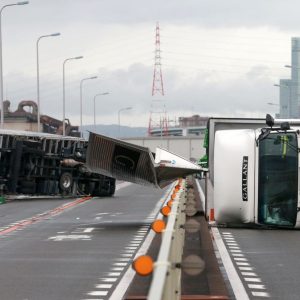 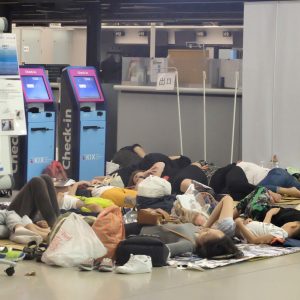 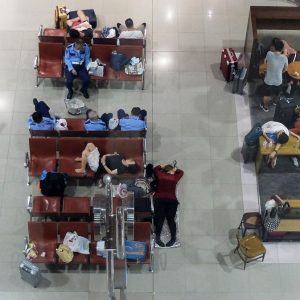 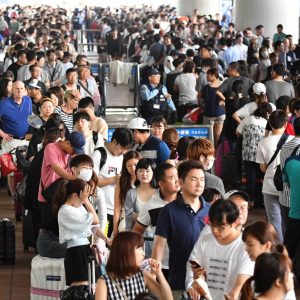 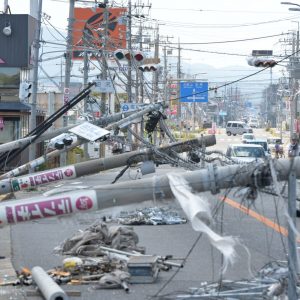 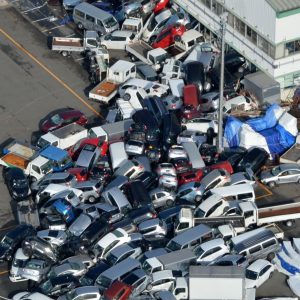 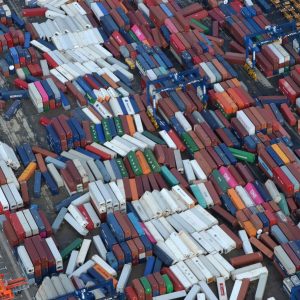 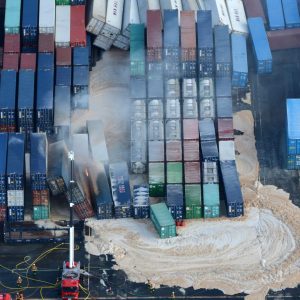 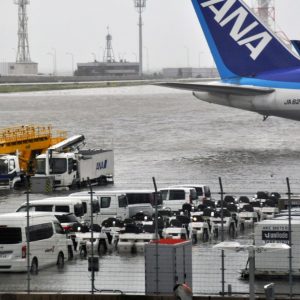 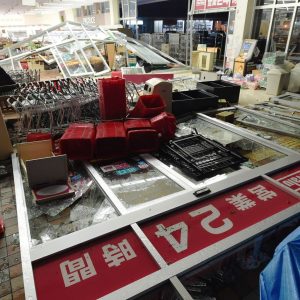 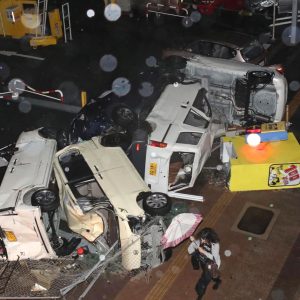 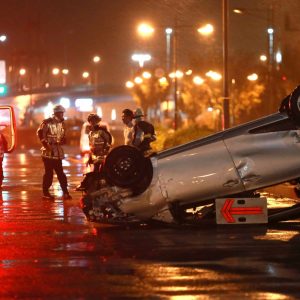 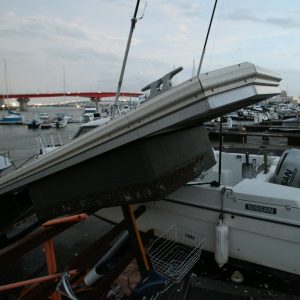 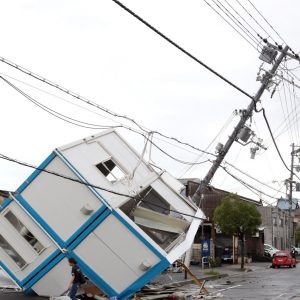 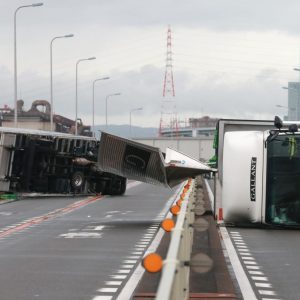 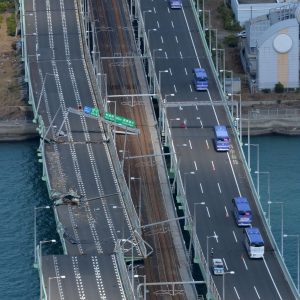 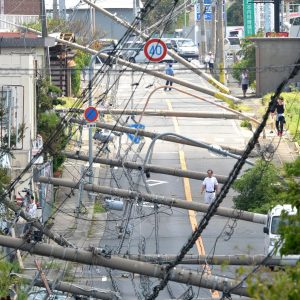 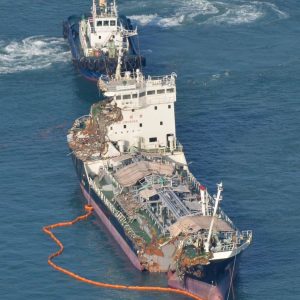 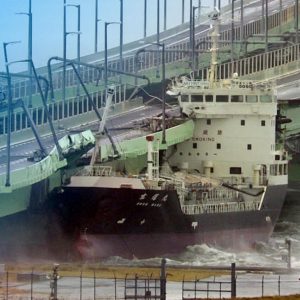 Typhoon Number 21, dubbed “Jebi,” the strongest typhoon in decades, hit land in Japan twice on Tuesday, September 4, leaving widespread and severe damage and injuries across a wide swath of the regions it hit.

Jebi hit land in Tokushima on the island of Shikoku and then later hit land again in the vicinity of Kobe on the Japanese mainland, before moving back out to the Sea of Japan and then on to Hokkaido.

With winds of 44 meters per second (98 miles per hour), this typhoon was classified as “extremely strong.” It is the strongest to land anywhere in Japan since Typhoon No. 13 in 1995.

The worst damage was centered on the Kansai area, with at least 11 deaths and as many as 600 injuries attributed to the storm as of posting.

Strong winds blew a tanker ship into the bridge connecting the Osaka area’s Kansai Airport with the mainland, severely damaging the bridge.

High tides resulted in the flooding of one of the two runways, and a large part of the area was underwater. Some 5,000 people were stranded at the airport, which is built on landfill 3.7 kilometers offshore.

According to the Kansai Airport authorities, Runway A and the parking area for planes were flooded to a depth of 50 cm (almost 20 inches) and water had entered the underground parts of Terminal 1. Runway A was closed at noon on September 4 and the airport itself was closed at 3 pm on the same day.

Terminal 1 was still unusable as of September 5, although the typhoon had moved into the Sea of Japan — and north to Hokkaido, where it did additional damage.

During the storm, at about 1:30 PM of September 4, a tanker belonging to Hinode Marine Shipping (Fukuoka), weighing 2591 tons, smashed into the bridge that connects the airport to the mainland.

A large segment of the bridge was lifted up and displaced sideways, totally severing one side of the four-lane bridge, leaving the damaged side impassible. Non-emergency road traffic is currently prohibited  and the two rail companies which use the bridge — JR and Nakai — have suspended service.

Because of damage to the bridge, some 3,000 travellers and around 1,000 airport employees were reported stranded at the airport and adjacent hotels.

Evacuation by bus began on the morning of September 5, carrying the stranded over the undamaged side of the bridge to the mainland. However, as of noon there were still large numbers yet to be evacuated waiting in long queues for buses. Some of the stranded were also evacuated by ferry to nearby Kobe Airport, which remains functional.

Water and disaster rations were being distributed to those still waiting for evacuation on September 5, as airport stores had sold out their entire stock of food and water.

Multiple Fatalities in Osaka and Saga

In Osaka and neighboring Saga and Mie prefectures, there were 11 confirmed deaths as of September 5. Many of the deaths and injuries were a result of having been struck by objects blown about by the strong winds or by falls from high places.

In some places, cars and trucks were overturned by the very strong winds. There was also widespread damage to older buildings and to farms with hothouses.

At the port of Osaka, the highest ever instantaneous tide was measured during the storm at 3.29 meters (10.8 feet). Although the measurement method was different, this tide exceeded the highest previously recorded tide of 2.93 meters (9.6 feet) measured in 1961 during the No. 2 Muroto Typhoon that struck Osaka. No date has been announced for reopening Kansai Airport. Authorities say their first priority is to evacuate those stranded at the airport.

This story will be updated as significant new information becomes available.