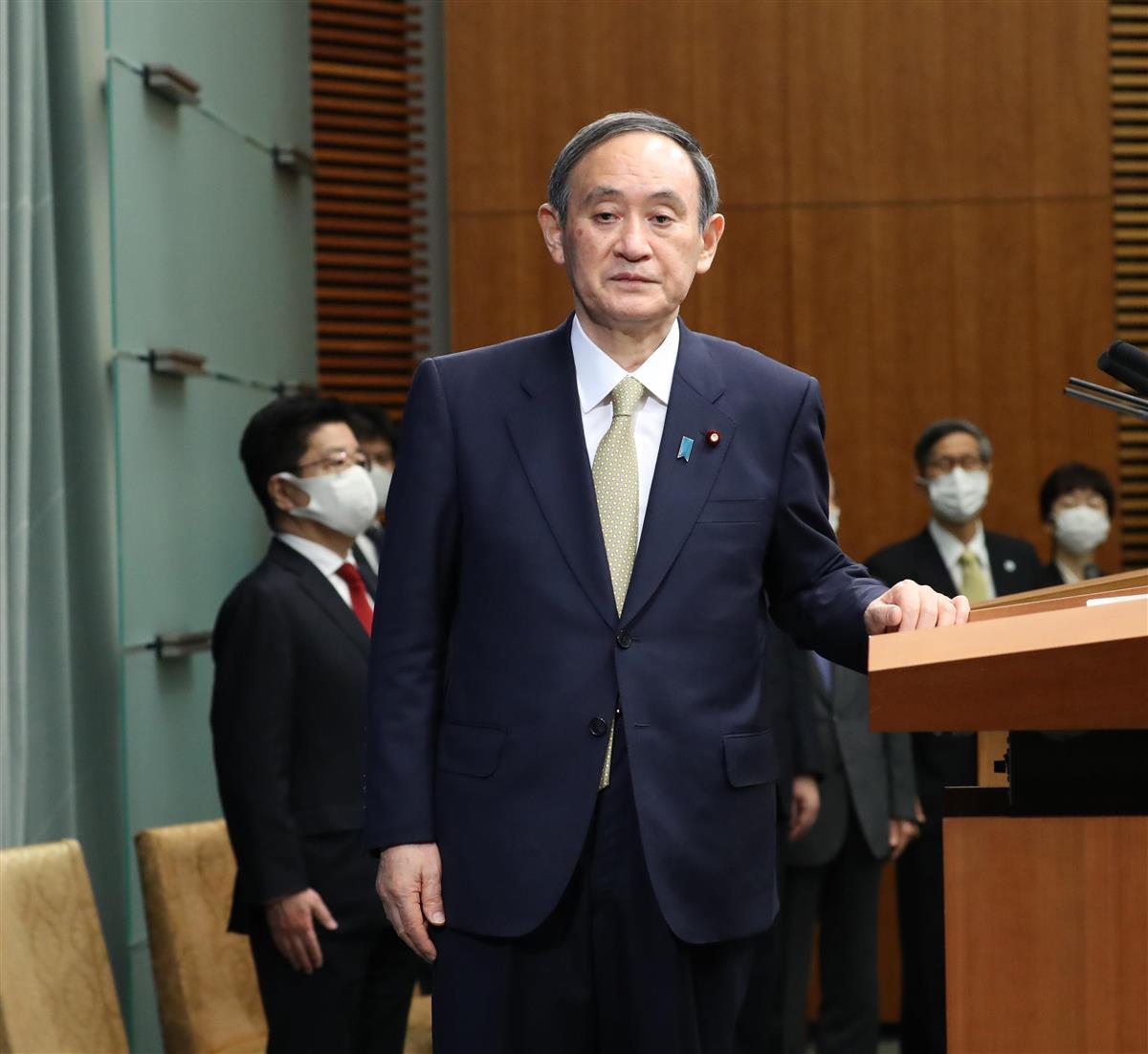 The new prefectures are Hyogo, Kyoto and Osaka in the Kansai region, Aichi (including Nagoya) and Gifu in the Chubu region, Tochigi in Kanto and finally Fukuoka in Kyushu.

The extended state of emergency will be in place until February 7, to match the previously declared regions of Tokyo, Kanagawa, Saitama and Chiba, announced on January 7.

The four principal recommendations announced on January 7 also apply to all 11 jurisdictions, meaning:

–  shortening operating hours of restaurants and bars to close by 8 P.M.

–   encouraging the workforce to telework 70 percent of the time,

–  avoiding unnecessary outings after 8 P.M. at night, and

–  limiting attendance at large events such as concerts and sports matches.

In the press conference Prime Minister Yoshihide Suga explained why the decision was taken at this point in time, saying that the newly added areas had reached Stage 4 under the system designed to judge the seriousness of infection. He concluded:

“In Kanto, Kansai and Chubu and Fukuoka there are large cities and a concentrated population. We have decided to take this step after hearing the opinion of experts, before the infections advance throughout the whole country.”

When pressed in a follow up question as to why the state of emergency in these areas had not been called on January 7, Professor Shigeru Omi, head of the government COVID-19 subcommittee explained that this was largely due to a lag in the data reflecting the increase in new infections.

The prime minister also called on people to avoid high risk situations, such as going to small drinking establishments, sitting closely together, and talking in a loud voice.

A novelty in the announcement was Mr. Suga’s mention of the discovery of a new variant of the COVID-19 of the infection from Brazil. As a precaution, measures to ease business travel such as the residence and business track are temporarily suspended while the state of emergency is in place.

Finally, PM Suga pleaded once more with residents, saying: “These are measures which are essential to protect the livelihood of all. For this, I ask for everyone’s cooperation.”

Local and national governments garner greater power to address an urgent situation or national emergency when a state of emergency is declared under the Law for the Prevention of Infectious Diseases. Governments are empowered to ask businesses to close, distribute ad hoc handouts as incentives for businesses to close early, and the right to publish the names of those who refuse to comply.

However, even with the state of emergency, the Japanese government does not have a legal framework enabling it to impose mandatory lockdown measures or sanctions. The effectiveness of recommended measures is largely dependent on the citizens’ cooperation.

Although the Japanese public was largely compliant with COVID-19 measures after the April 2020 declaration of a state of emergency and throughout 2020, corona fatigue seems to be more noticeable this time.

As a matter of fact, according to data released by the government’s COVID-19 subcommittee, the most recent increase in new infections is largely attributable to company gatherings at the end of the year and young people meeting for events.

Prime Minister Suga addressed this point in a follow up question:

“This is the third time that infections have spiked up, and I understand that people are tired of it. But we are also facing the largest wave of infections yet. We need to decrease the number of new infections. In order to do that, we are appealing to citizens and focusing on the implementation of four measures, so that we can bring down the spread of infections with everyone’s cooperation.”