[Eternal Hokusai] Masterpieces at the Ota Memorial Museum of Art 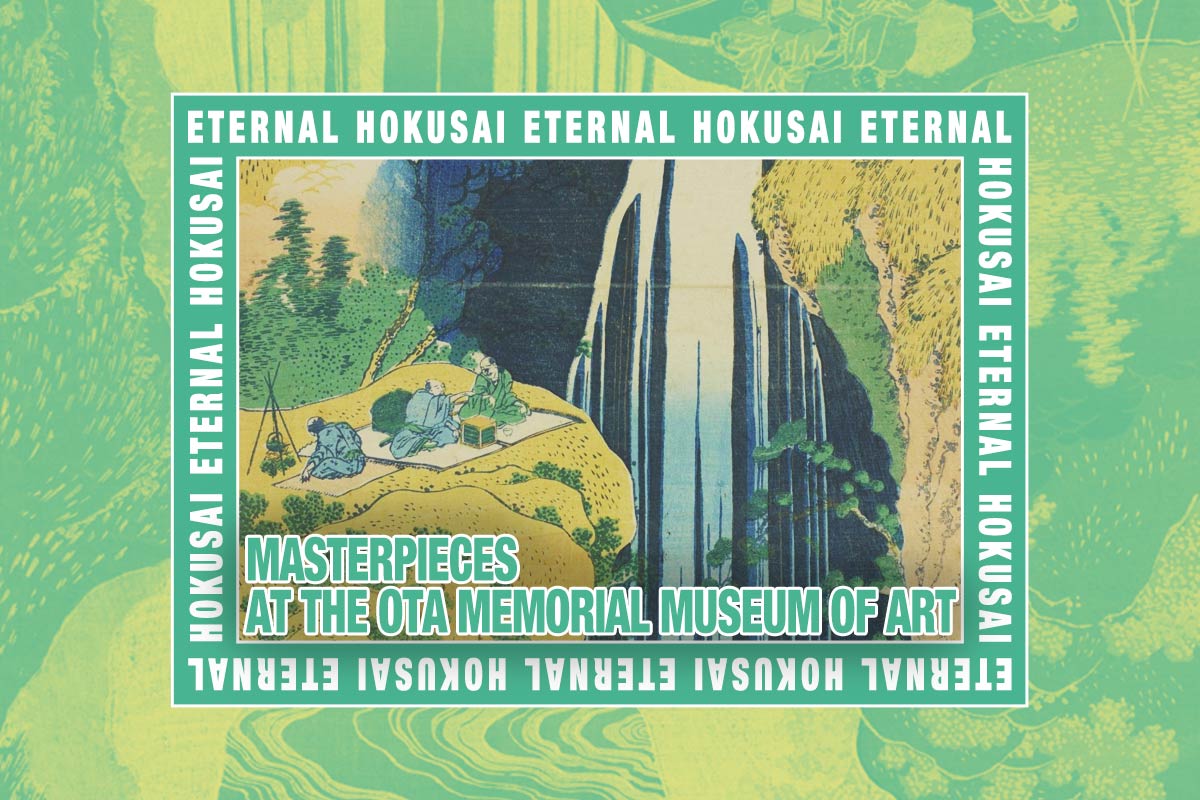 A Tour of the Waterfalls of the Provinces, by Hokusai.


Envision Harajuku, Tokyo’s trendy fashion district in Shibuya ward and the most popular place for teenagers in Japan to spend their time. This is the setting for the Ota Memorial Museum of Art, which exclusively exhibits ukiyo-e artworks.

Many Japanese people could feel a bit uncomfortable about a museum exhibiting pictures that have gone out of fashion about a century ago, especially in an area that is at the forefront of fashion. However, ukiyo-e was originally a medium for conveying the latest trends of the times, such as fashion and theater.


The Ota Memorial Museum of Art was established after the death of Seizo Ota V (1893-1977), an industrialist and collector, to show his large collection of ukiyo-e to the public. Exhibiting its works in Harajuku, a place on the cutting edge of modern trends, was important to its founders.

As a result, Harajuku is now well known among visitors from abroad who are interested in Japanese culture as a place where they can not only experience pop culture for young people, but also admire traditional ukiyo-e prints. Prior to the coronavirus pandemic, nearly half of the visitors came from abroad.

The Ota Memorial Museum of Art has a collection of about 14,000 works of ukiyo-e, of which nearly 600 are works by Katsushika Hokusai. Fourteen of these are paintings.

In addition to his most well-known series Thirty-Six Views of Mount Fuji , there are about 540 woodblock prints, including print series such as A Tour of the Waterfalls of the Provinces and Remarkable Bridges in Various Provinces.

There are also about 40 picture books, such as Hokusai’s Sketches (Hokusai Manga).


New Facets to ‘Tiger in the Rain’

There are many masterpieces by Hokusai kept at the Ota Memorial Museum of Art, but since space to discuss them is limited here, I would like to introduce one work with an interesting background story. It is a painting called Tiger in the Rain, which Hokusai made in the year of his death, when he was already 90 years old. As it is a painting and not a print, Hokusai painted all the lines and all the colors with his own brush, revealing his spirit as an artist.

A lone tiger growls in the midst of heavy rain. Compared to a real tiger, this tiger has a strange shape with a long neck and long limbs, which is probably because it was not possible to see a real tiger in Japan at the time. However, it shows Hokusai's strong focus on how to depict a tiger in a way that is full of life, rather than accurately depicting the animal's figure.

Now, this work was long thought to be a single painting. However, fifteen years ago, it was discovered that it was originally a set with Dragon, which had just been acquired by the Musée Guimet in Paris.

The mounting of the painting is exactly the same and the dimensions of the painting are also identical. Moreover, when placed side by side, the gazes of the tiger looking up at the sky and the dragon looking down at the ground meet. The combination of the tiger and the dragon has been used in Asian art for a long time, but Hokusai only attempted to draw this traditional combination in his final year before passing away.

Today, the tiger and dragon are kept separately, but since 2007, when they were shown side by side at the Ota Memorial Museum of Art, probably for the first time in a century, they have been displayed together in several museums. However, it is unclear when we will be able to see them together again in the future.

Also, while Tiger in the Rain is occasionally exhibited at the Ota Memorial Museum of Art, due to conservation reasons, it is only exhibited for about one month every three years. If you ever managed to visit the museum when it is exhibited, try imagining the dragon in Paris in the tiger’s line of sight next to it.