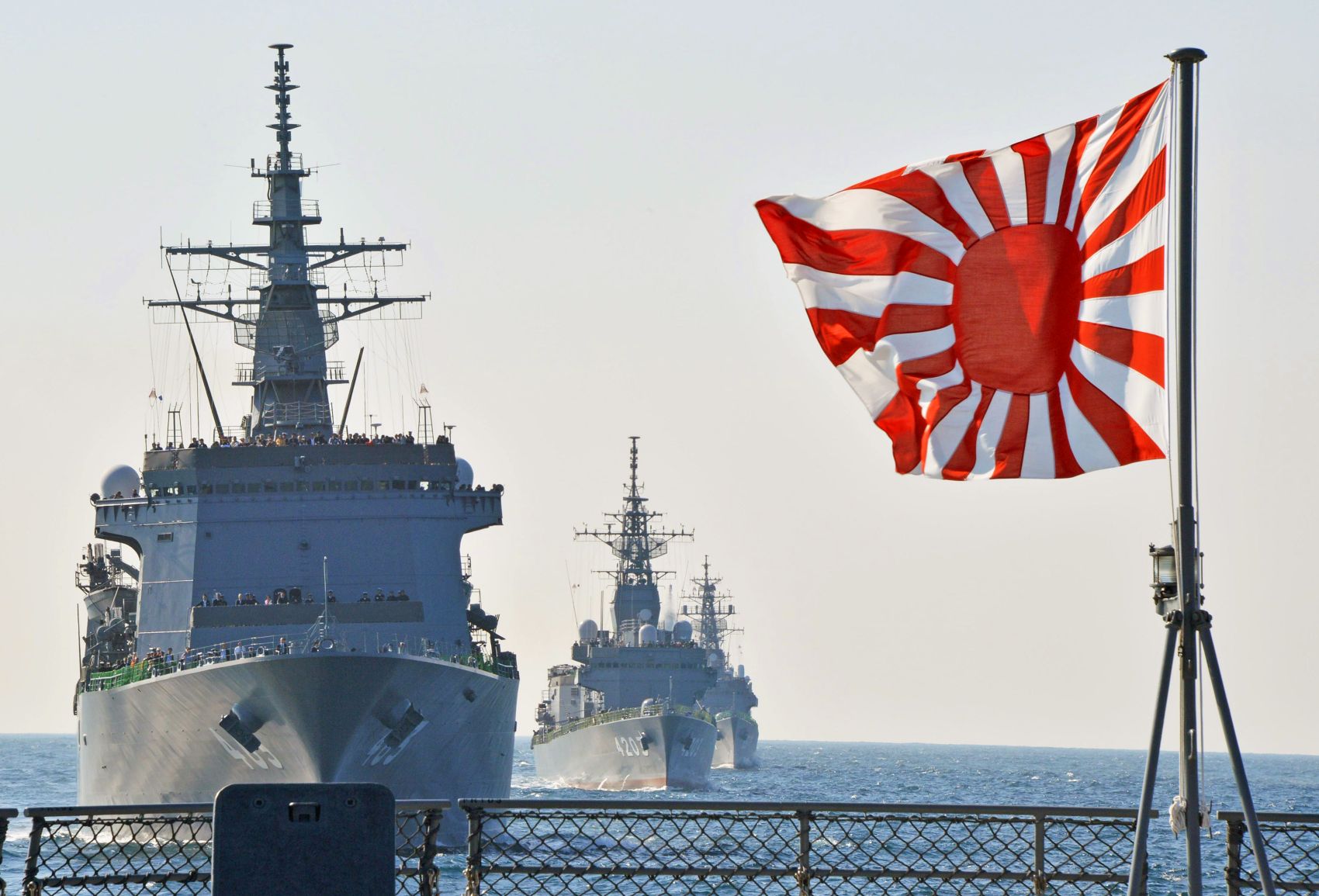 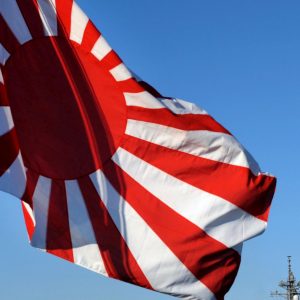 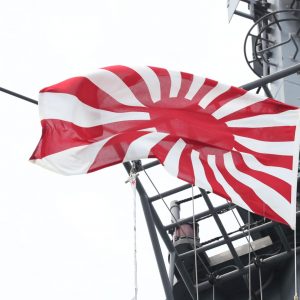 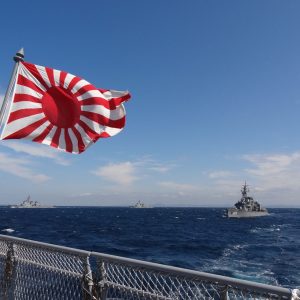 The Japanese government notified South Korea of the decision through diplomatic channels on October 5, the same day the ministry announced the decision to the public.

Japan had flatly refused to accept South Korea’s demand that the MSDF voluntarily haul down its ensign — the naval design Rising Sun Flag — for the oncoming naval parade. According to government officials, the Japanese Defense Ministry made the decision to pass on participating in the international fleet review as gaps in the views between the two countries remained wide apart on the matter.

Defense Minister Takeshi Iwaya told reporters at the ministry on October 5, “Hoisting the naval design Rising Sun Flag is a mandatory requirement for MSDF ships under the Self-Defense Forces Law, as well as other laws and regulations.”

The defense chief added, “It (the MSDF ensign) falls under what is defined as ‘external marks’ under international law for the sake of showing which country’s military a vessel belongs to.”

Furthermore, the minister stressed, “Raising the MSDF ensign has been in force for more than half a century and it is well established as an internationally accepted practice.”

South Korea is hosting the international fleet review on October 11 at the naval base on South Korea’s southern island of Jeju.

The South Korean Navy had asked all 14 countries taking part in the review to hoist only their national flags and the South Korean flag on their vessels during the naval parade. The request was widely viewed as aimed at preventing the Japanese destroyer scheduled to participate in the event from flying the MSDF ensign.

The Japanese side sought to keep the MSDF ensign hoisted during the event, rejecting the South Korean request, but the South Korean side persistently rejected Japan’s position. A senior Defense Ministry official said, “We can never accept [South Korea’s request], so there is no other choice but to call off our participation.”

Why is the Kyokujitsuki Controversial?

The MSDF ensign is a naval design Rising Sun Flag, known as Kyokujitsuki in Japanese. It has 16 rays extending from the sun to the flag’s edges against a white background. It was used historically for Japanese maritime vessels and as the ensign of the former Imperial Japanese Navy.

Its maritime use continued when it was adopted for MSDF ships. The flag is recognized broadly in the international community, including by the United States, which fought fierce battles against Japan during World War II.

In South Korea, however, there has been a deluge of media and academic experts voicing opposition to the MSDF ensign, calling it “a symbol of Japan’s aggression and militarism” in the wartime past.

In 1998 and 2008, however, MSDF vessels flying the naval ensign fully participated in the international fleet reviews hosted by South Korea. South Korea did not request MSDF destroyers to refrain from flying the Kyokujitsuki on either of those occasions.

Symbol of Sovereignty, Compliance with the Law

In Japan, Seoul’s demand that the MSDF refrain from raising its ensign in the upcoming international naval parade is viewed as blatantly unreasonable. Accepting South Korea’s conditions on MSDF participation would run counter to international law as well as Japan’s domestic laws, putting in jeopardy Japan’s reputation for trustworthiness in the international community.

Flying the MSDF ensign is mandatory under the Self-Defense Forces Law. At the same time, the United Nations Convention on the Law of the Sea stipulates that military vessels of all countries must display “external marks” identifying their nationalities and the military the vessels are ascribed to. Considering these points, South Korea’s demand cannot help but be condemned as preposterous, explained a senior MSDF officer.

A senior Foreign Ministry official noted, “The request is utterly unworthy of consideration because, in the event we complied with the South Korean demand, Japan would be deemed as a non-law-abiding nation.”

Joint Chief of Staff Katsutoshi Kawano, the top officer of the three-service Self-Defense Forces, explained that the MSDF ensign represents the “pride of MSDF members.”

He also pointed out that in the international community the naval ensign is symbolic of a country’s sovereignty and should be paid the highest respect. How should Japan be seen in the eyes of other countries, should the MSDF be so weak as to haul down its ensign, the naval design Rising Sun Flag, that carries such weight?

Moreover, as former MSDF Vice Admiral Yoji Koda put it, “In the event Japan complied with South Korea’s demand, it would then have encouraged China to bolster military pressure on the Senkaku Islands of the city of Ishigakijima in Okinawa Prefecture, with Beijing regarding Japan as a country ‘prone to capitulate’ when faced with a hardline approach from abroad.”

“The cancellation of the planned participation of an MSDF vessel was an appropriate exercise of judgment,” former Vice Admiral Koda said.

Within the Japanese government there was a body of opinion that the MSDF should not back down, and instead simply send an MSDF ship to participate in the international event with the naval design Rising Sun Flag ensign hoisted.

In the end, however, no MSDF ship will be sent at all. A senior official of the Foreign Ministry explained the decision this way: “It is an action Japan has narrowly taken to allow South Korea, the host of the international fleet parade, to save face.”