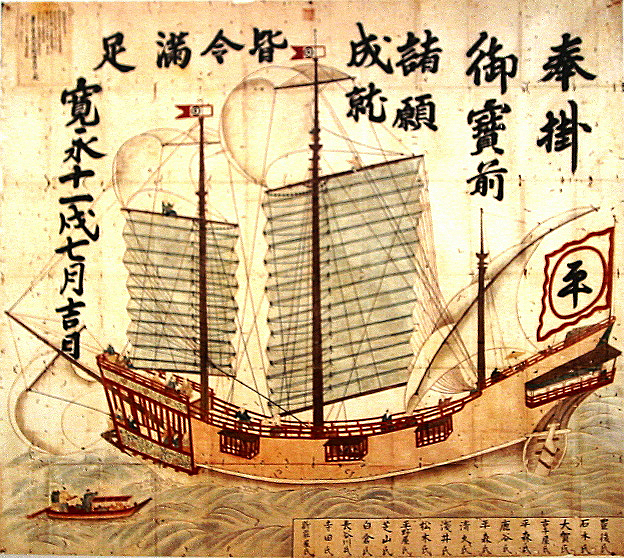 A Red Seal ship such as Tokubei Tenjiku used in his travels.

~ The Indian Ocean Region countries share similar challenges and opportunities, and the looming shadow of a revisionist power that seeks to drive and establish an economic and politico-security dominant architecture over Asia. ~

The 20th and 21st centuries will be remembered for many things, including primacy of the vast and seemingly endless seas and oceans, and endorsement of Japan’s concept for a free and open Indo-Pacific. In this setting, the Indian Ocean Region (IOR) finds itself at the heart of the world map connecting distant nations through limitless waters.

Home to nearly 2.7 billion people of the world, the Indian Ocean Region is divided into a number of diverse subregions, namely, Australasia, Southeast Asia, South Asia, West Asia and Eastern & Southern Africa, which are bound together by the Indian Ocean.

As a Northeast Asian island nation, Japan’s involvement with the Indian Ocean is heavily defined by virtue of its trade, investment, and supplies from this region.

Tracing its historical roots, Indo-Japanese linkages go far back to the 8th century A.D. when Bodhisena (704-60), an Indian monk was invited in the year 736 CE by Emperor Shomu (r.724-48) to perform the eye-opening ceremony of the largest bronze statue of Lord Buddha at Tōdai-ji in Nara. Situated in south-central Honshu, the city has significant temples and artwork dating back to the 8th century when it was Japan’s capital.

By the 16th century, with the expansion of Indian Ocean routes to Southeast and East Asia, the scope of links between India and Japan began to diversify. Japan’s story in this reference dates back to the 17th century,to a prominent Japanese adventurer, writer and merchant, named Tokubei Tenjiku (1612–1692).

The son of a salt wholesaler, Tokubei was 15 years of age when, in 1626, he was hired by a trading company in Kyoto to pursue commercial activities aboard Japanese Red Seal ships.

As part of this vocation, Tokubei sailed to Siam (Thailand) and subsequently to India in 1626 aboard a Red Seal ship, via China, Vietnam and Malacca.

Often referred to as the ‘Marco Polo of Japan’, Tokubei’s adventurous journey and account of his travels to India gained distinction also because he became perhaps the first Japanese to visit Magadh, which was an Indian kingdom in southern Bihar during the ancient Indian era.


Adventures of the Pioneers

Following his return to Japan, Tokubei wrote an essay on his adventurous journey in foreign countries titled Tenjiku Tokai Monogatari (天竺渡海物語, The Story of a Journey to India by Sea). The essay gained substantial popularity and acclaim. The word Tenjiku means India in the Japanese language and it was for this reason precisely that Tokubei was called Tokubei Tenjiku.

In his essay, Tokubei provided a detailed account of people’s lives, customs, and scenery of the countries where he had traveled and lived – thus becoming a symbol of pioneering foreign adventure for Japan, as has been noted in Foreigners in Japan: A Historical Perspective (Xlibris, 2008).

Following Tokubei, perhaps most well renowned and admired for his adventures and travels was Ekai Kawaguchi (1866-1945), a Buddhist monk, who became the first Japanese explorer to embark upon a journey to Tibet in 1897. A journey fraught with danger and uncertainty, with archival accounts of 19th century Tibet describing it as the forbidden, inaccessible, daunting, and almost unreachable territory of the Himalayas.

Notwithstanding, Kawaguchi succeeded in touching the frontier of the roof of the world, as he stepped on Tibetan soil for the first time on July 4, 1900. Initially struggling with the option of whether to enter Tibet via Bhutan or Nepal, Kawaguchi eventually chose the British India-Nepal-Tibet route, whilst diligently maintaining a diary through his entire voyage. His experiences were eventually published in the form of a memoir in Japanese in two volumes by 1904, followed by the English version titled Three Years in Tibet in 1909 by the Theosophist Office, Vasanta Press, Adyar (Madras), British India.

Continuing Draw of the Free and Open Indo Pacific

Discovery of the sea-route to India, which linked India with Europe and Asia, became the transformational factor in encouraging a new culture (namban bunka) that radically shifted the focus of India-Japan relations, from remaining centered around Buddhism to becoming a greater trade-oriented Indo-Pacific.

From the 17th century described above, to the present-day 21st century, the waters of the Indian Ocean narrate great countless stories.

The Indian Ocean Region countries share similar challenges and opportunities by virtue of their strategic location, access to limitless unexploited maritime resources, vulnerability to natural disasters, political instability, and the looming shadow of a revisionist power that seeks to drive and establish an economic and politico-security dominant architecture over Asia.