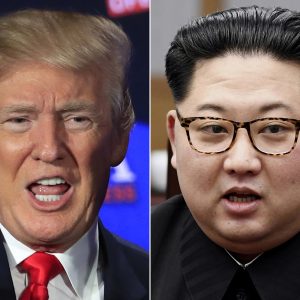 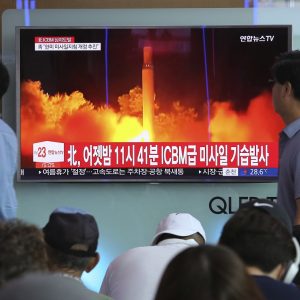 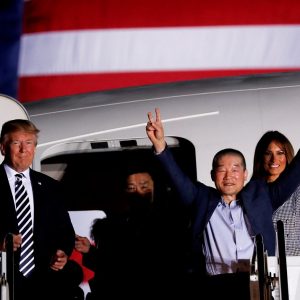 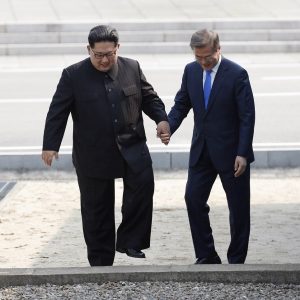 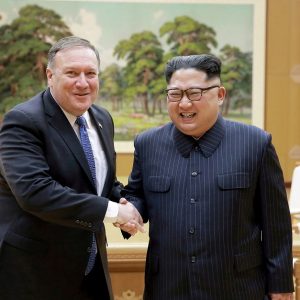 JAPAN Forward is publishing excerpts from the interview in a 3-part series.

Do you think war will result if the U.S.-North Korea talks break up?

There is a view that having a summit without any of the confidence-building measures and diplomacy beforehand could be dangerous. You have gone for the biggest prize, which is a summit, and it doesn’t work. Then what do you do next? There is a fear that, if diplomacy doesn’t work, the only option is war.

I don’t think it is that simple. If the summit fails, we might go back to a period of name-calling and tense relations—basically the status quo. It doesn’t automatically mean war is going to happen. War is still a very unattractive option that nobody wants, and my sense is that decision makers in the U.S. would still say it is a bad option, even if the summit fails.

Is war unattractive for Donald Trump?

I think that there would be a lot of people in the government who would be framing war as an unattractive option. There are a lot of stakeholders in terms of deciding whether to launch an attack on North Korea. You have military commanders and a secretary of defense, and a lot of other people who would tell the President, “If this is your option, please know this number of people are going to die within the first day, including this many Americans.”

Of course, legally, there are certain things the President can do because he is the president. However, there is a long list of people who would be delivering messages to the President, saying that if this is your course of action, these are the expected consequences.

You have said that you are very skeptical that President Trump is going to raise the issue of Japanese victims of abduction at the summit with Kim Jong-un, even though he promised Prime Minister Abe at Mar-a-Lago. Do you think he won’t press Kim Jong-un to address the abduction issue?

Whenever I talk about the abduction issue, I always start by saying it is an extremely sad issue. Having children and a family myself, it is extremely heartbreaking to think that, if somebody kidnapped my children, I would never see them again. So, I empathize with the Japanese families. But, at the same time, from a U.S. standpoint of figuring out what are the big North Korean issues, the U.S. looks at the nuclear weapons and the missiles.

Presidents Bush, President Obama, President Trump all say that they understand and feel sad. They all have told Japanese leaders that they would do their best, that they would try on the abductions. Now, Trump gets a summit, so there is an actual opportunity to deliver.

But, just like President Moon [Jae-in] told Prime Minister [Shinzo] Abe that he would keep the abduction issue in mind, the problem is that it is not in the Panmunjom Declaration. They could have done something to put in language on the abduction issue, but they didn’t. That is the reason I am skeptical. It isn’t limited to Trump—the U.S. government has always prioritized denuclearization and the missile programs.

The abduction issue, at its very core, is a Japan-North Korea issue. Now, because Abe doesn’t have a summit with Kim, he has to rely on other leaders to try to represent Japanese interests. I understand that. But if Kim and Trump are at their meeting, and if Kim sits down and says, “We’ll make an agreement or compromise on missiles and denuclearization, but we are not doing anything about the abduction issue,” I can’t imagine a U.S. government official saying, “Then we are done, we’re walking away.”

The priority has always been on those two issues. The U.S. government does not place the same priority on the abduction issue, although they understand that it is a serious issue for our Japanese ally.

Now, one way of looking at this is if Trump does bring it up, and Kim says, “I don’t want to talk about it,” Trump could say, “Well, this proves that North Korea is not serious about solving the issues,” and he could get up and walk away. But then this is where I get back to the skepticism: would he put us back to the status quo just because North Korea doesn’t want to negotiate that issue?

I think the best that Japan can hope for is, if Kim says no, then they agree somehow that at least Kim should meet with Abe. Trump could try to push Kim to meet with Abe so that the two could discuss the issue. But I am skeptical. When you look at domestic politics in the United States and U.S. government priorities over the last two decades, I cannot imagine the abduction issue being resolved through Trump and Kim.

Every time North Korea launches a missile, the U.S. government issues a statement that “this doesn’t threaten the U.S. soil.” It is hard for Japanese people to understand why, even though U.S. forces are in Japan, the U.S. cares only about the threat to U.S. soil.

I know there has been a lot of discussion in the U.S. about ICBMs. Mr. Abe has been very good at reminding the United States and the region that it is not just ICBMs—it is also the medium- and short-range missiles.

I would think Mr. Abe reminded President Trump during their meetings in Florida that there are about 50,000 U.S. servicemen in Japan, as well as thousands of U.S. citizens, plus the 30,000 U.S. troops in Korea and more U.S. citizens there. I’m sure Abe reminded him of the fact that it is not just the U.S. mainland that matters—you have citizens in the region.

When statements are made, that this doesn’t threaten Chicago, I know it makes governments in the region question the U.S. intentions. Even in U.S. territories like Guam, there is a sense that they are Americans, but they aren’t fully treated like Americans. So, when they hear, “Well, the missile can’t reach Chicago, so don’t worry,” I am sure people in Guam are thinking, “But it can reach us and we’re Americans.”

Do you think President Trump will raise the medium-range and short-range missiles issues?

I don’t know. Whereas on the abduction issue, I can imagine him raising it and then saying, “I raised it, but he didn’t want to negotiate” and moving on, the medium- and short-range missiles issue is different. It is something that has to be dealt with because just getting rid of one type of missile does not mean the threat goes away.

In fact, it could have the opposite effect—it could lock in the threat and mean Japan and South Korea are going to be threatened long-term by North Korea. So, I hope this is something that is on the table. I think it is going to be difficult for Trump to claim victory if it is not dealt with in some way.

Some people say that Japan is being “cut out.” I have said it is not cut out, but there is a risk of being left behind. Japan is talking to Seoul and Washington, so it knows what is happening, and Abe is telling Trump and Moon what Japan wants. But the “left behind” part is that Abe doesn’t have a meeting with Kim.

There is concern that if Abe does not get a meeting with Kim, Japanese interests may not be well served. Again, this is where the Kim-Trump meeting becomes important. I am starting to think that if the Trump-Kim summit happens and there is no talk about abductions, and the short- and medium-range missiles are not dealt with, Japanese interests really have not been addressed.

For me, the concern is that if they start moving towards a peace regime and start talking about denuclearization, who are they going to ask for money? They are going to ask Japan. They always ask Japan. And, given that the Japanese government in recent years has kept asking for its interests to be heard, if nobody tries to deliver on those interests, Japan could say, “We’re not going to pay.”

I would sense that the strategy in South Korea, and possibly even in the United States, would be to say, “This is a concern for the entire region and we ask our regional friends to open their wallets.” And they are going to try to put the burden on Japan or China to pay.

Dr. Jeffrey Hornung is a political scientist at the RAND Corporation’s Washington office. He specializes in Japanese and East Asian security issues, maritime security and U.S. foreign and defense policies in the East Asia and Pacific region. He received his PhD from the George Washington University. He has written several publications, including Managing the U.S.-Japan Alliance; An Examination of Structural Linkages in the Security Relationship (Sasakawa USA, 2017), and is a co-author of Chinese-Japanese Competition and the East Asian Security Complex: Vying for Influence (Routledge, 2017).

Hiroyuki Kano is a correspondent for The Sankei Shimbun based in in Washington, D.C., and a contributing writer for JAPAN Forward.