Japan Speaks Out Loud and Clear for Democracy in Myanmar

A Big Tent Party: Where Do Candidates for Japan’s Next Prime Minister Stand on Issues?

EDITORIAL | How Will the Next Leader Protect Japan from Nuclear, Missile Threats? 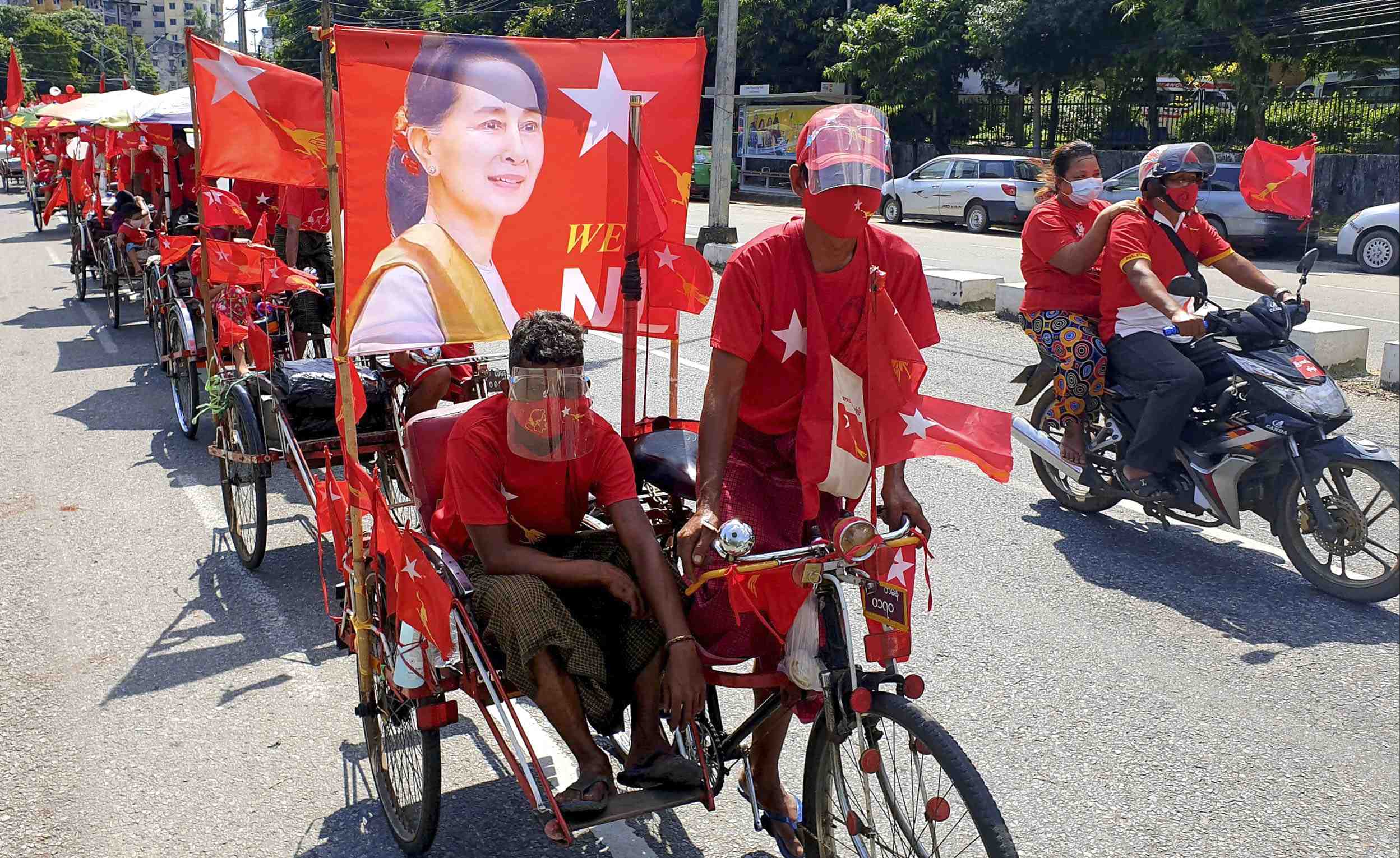 A special ink provided by the Japanese government played a vital role in the Myanmar general election held in November 2020. The ink leaves an indelible mark that won’t fade for some time once it has come into contact with a person’s finger, making it a powerful countermeasure against double voting.

“I think the election went smoothly in general, without any major confusion,” wrote Chairman Yohei Sasakawa of The Nippon Foundation, who also led an election observation group from Japan, for the Seiron column of the Sankei Shimbun.

Voter turnout exceeded 70% despite the pandemic, resulting in a landslide victory for the National League for Democracy (NLD), the then- ruling party led by State Counselor Aung San Suu Kyi.

In fact, it had been assumed that the election would be a struggle for the NLD. Promises to establish peace with militant ethnic minority groups and other pledges that were made during the general election five years ago were mostly undelivered—not to mention Myanmar’s economic slowdown.

Nevertheless, the NLD won more parliamentary seats than in the previous election, owing to the public’s strong rejection of the military regime that has lasted for more than half a century.

It doesn’t take much to imagine the shock felt by the army. Although the army-drafted constitution guarantees the army a quarter of the seats in the legislature, it doesn’t change the fact that the military-backed opposition was utterly defeated.

Instead of accepting the results as the will of the people, the army made allegations of election fraud, ultimately detaining Suu Kyi and declaring that it had once again taken over.

Is China’s Hand At Play?

It is yet unknown whether China was involved in the coup. The country had seemingly entered a honeymoon phase with Myanmar during its military rule, and Myanmar is a key region for China’s massive Belt and Road Initiative. Therefore, its regression to an authoritarian regime would undoubtedly be welcomed with open arms by Beijing.

Meanwhile, the U.S. and Australia have issued statements calling for Suu Kyi’s release.

Japan has provided substantial financial assistance to Myanmar and has had long-standing ties with the country. It is therefore no surprise that Japan too is speaking out against the serious crisis of Myanmar’s democracy.