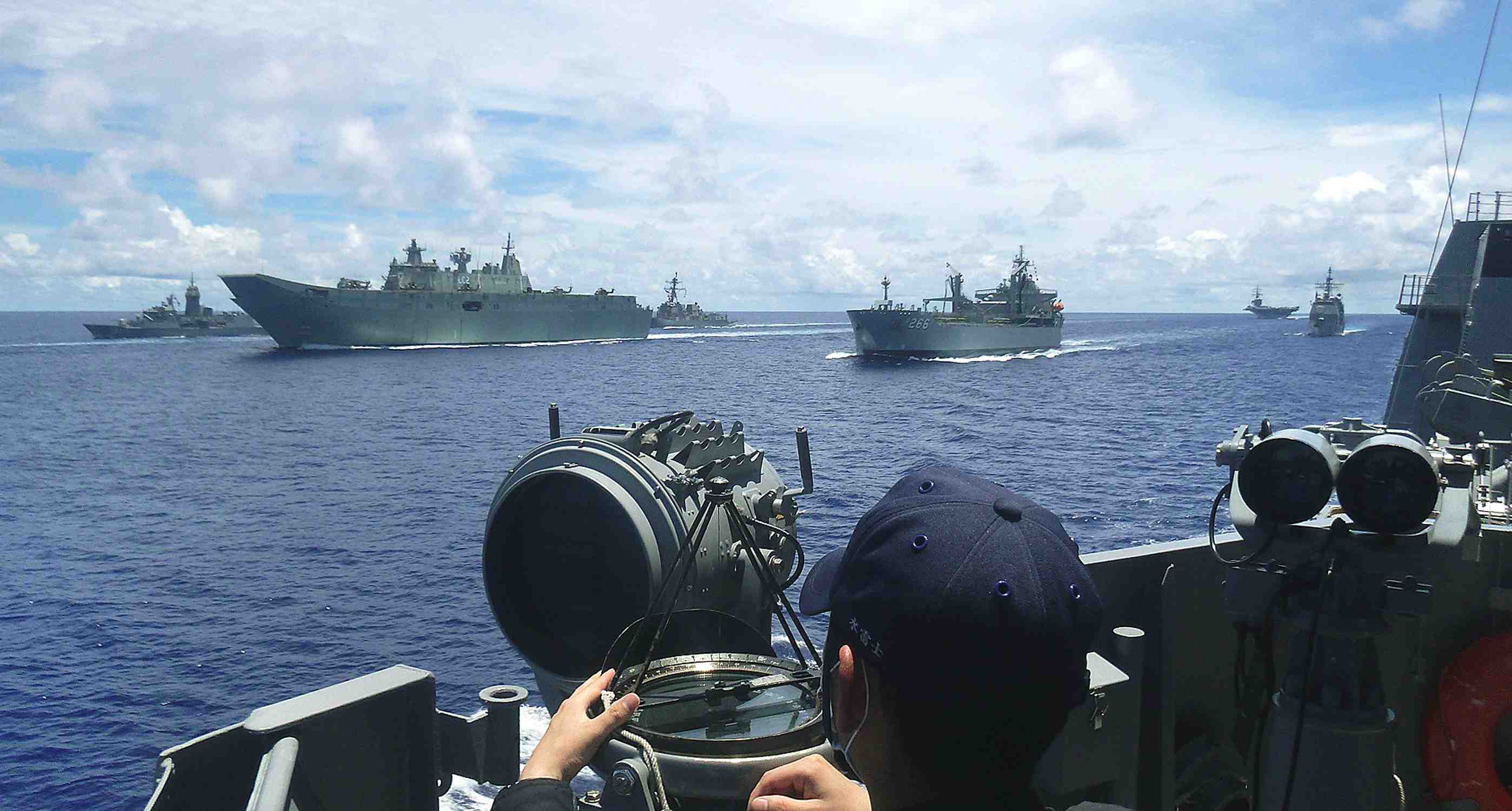 The Japan Maritime Self-Defense Force (JMSDF) has trained with the United States Navy 23 times this year – representing a significant increase on the January-to-May figures for 2019 and 2020, which were nine times and eight times, respectively.

The figure of 23 training exercises also includes multilateral training sessions with other countries.

The noticeable increase is an apparent move to keep China in check, and improve responsiveness, amid worsening tensions over the Senkaku Islands (Ishigaki City, Okinawa Prefecture). The allies’ concerns have been driven by developments such as China’s implementation of its new maritime security law in February.

“Chinese Coast Guard ships have repeatedly invaded Japanese waters near the Senkaku Islands,” said Defense Minister Nobuo Kishi on June 4, in reference to the longest continuous presence so far by Chinese government ships in that region.

The Japan Coast Guard has been responding to the Chinese Coast Guard’s aggression. However, Chinese Navy ships are also based about 90 kilometers north of the Senkaku Islands, keeping an eye on the situation around the islands.

The Chinese Coast Guard, which falls under the command of China’s Central Military Commission, is pressing ahead with integration with the Chinese navy.

The increase in JMSDF joint-training sessions with the U.S. Navy this year stems from a sense of caution over China’s steady strengthening of pressure in the region.

With tensions heightening over the Senkaku Islands, the U.S. military also carried out an extremely rare training session in February.

On February 17, a U.S. military transport aircraft flew over the Senkaku Islands, and air dropped supplies near the islands. According to a source close to the government, the aircraft was also planning to airdrop soldiers, but this plan was canceled due to bad weather.

In a TV program broadcast in March, Defense Minister Kishi made it clear that the joint training with the U.S. military was being done on the assumption of possibly having to defend the Senkaku Islands.

Up to now, Japan has been careful not to provoke China by adopting American-style training on its own. This has prompted a source close to the government to say that “Japan’s training should be done jointly together with the U.S.”