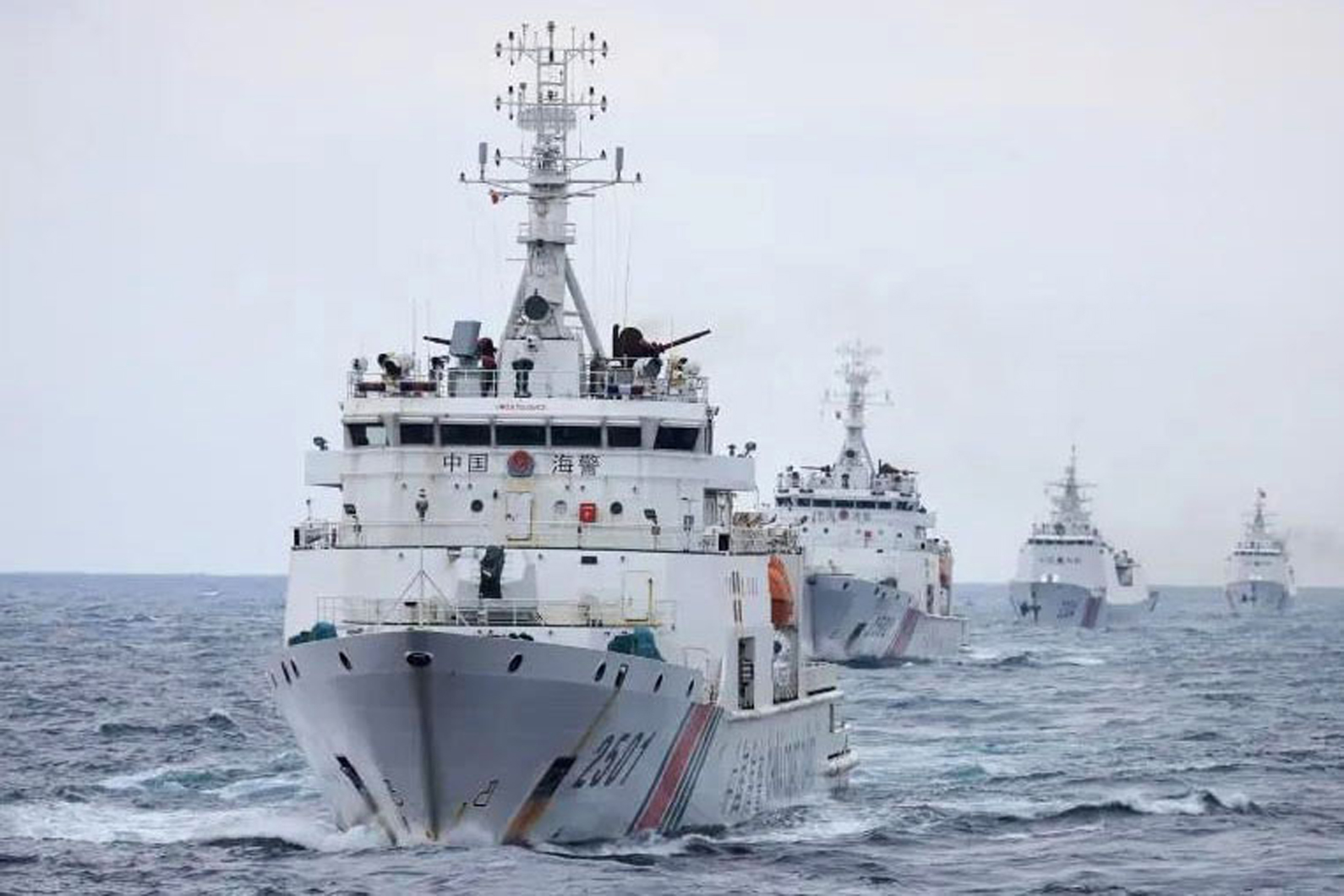 As of June 4, Chinese Coast Guard ships have been roaming in waters near the Senkaku Islands (Okinawa Prefecture) for a record 112 consecutive days. Meanwhile, patrol boats belonging to the Japan Coast Guard are watching to ensure the Chinese ships do not intrude into Japan’s territorial waters.

In 2021, Chinese government vessels have sailed near the Senkaku Islands for a total of 147 days, entering Japanese waters on 20 of those days. This pace is faster than in 2020, which saw the highest number.

However, in the 1970s, a United Nations organization pointed out the possible presence of oil reserves near the islands. After that, China started claiming territorial rights.

China’s claim is not backed by any reasoning. The Chinese Coast Guard must leave the area around the Senkaku Islands immediately.

“This is an extremely serious situation,” said Chief Cabinet Secretary Katsunobu Kato in a press conference on June 4. He was speaking in reference to the extended presence of Chinese government ships near the Senkaku Islands and their occasional intrusions.

Kato added, “We have demanded [the Chinese government, through diplomatic channels] that China refrain from such actions, and heed Japan’s concerns.”

However, aren’t these words somewhat meaningless? Japan has objected many times before over the Senkaku Islands, but China — which only understands force — is utterly indifferent to such statements.

The Chinese Coast Guard’s relentless approaches show that they are pressing ahead with intrusion into Japanese territory, despite the fact it is essentially peacetime.

The Japanese government says frequently that it “resolutely defends the Senkaku Islands,” but it must take firmer action against the worsening movements of the Chinese Coast Guard.

If things continue on this trajectory, China could suddenly try to steal the Senkaku Islands and their surrounding waters. It could also try to occupy the islands and use it as a strategic military point.

Japan needs to use both diplomacy and defensive measures to drive out the Chinese Coast Guard, and prevent an invasion of the Senkaku Islands.

The premise for doing so is that the country must beef up the Japan Self-Defense Forces (JSDF) and the Japan Coast Guard.

We cannot accomplish this by solely focusing on amending laws related to the JSDF and the coast guard. We must also speed up reinforcement in other areas, such as by bolstering budgets, personnel, ships, and aircraft.