Japan’s Self-Defense Forces Could Have Played a Larger Role in Fighting COVID-19, But… 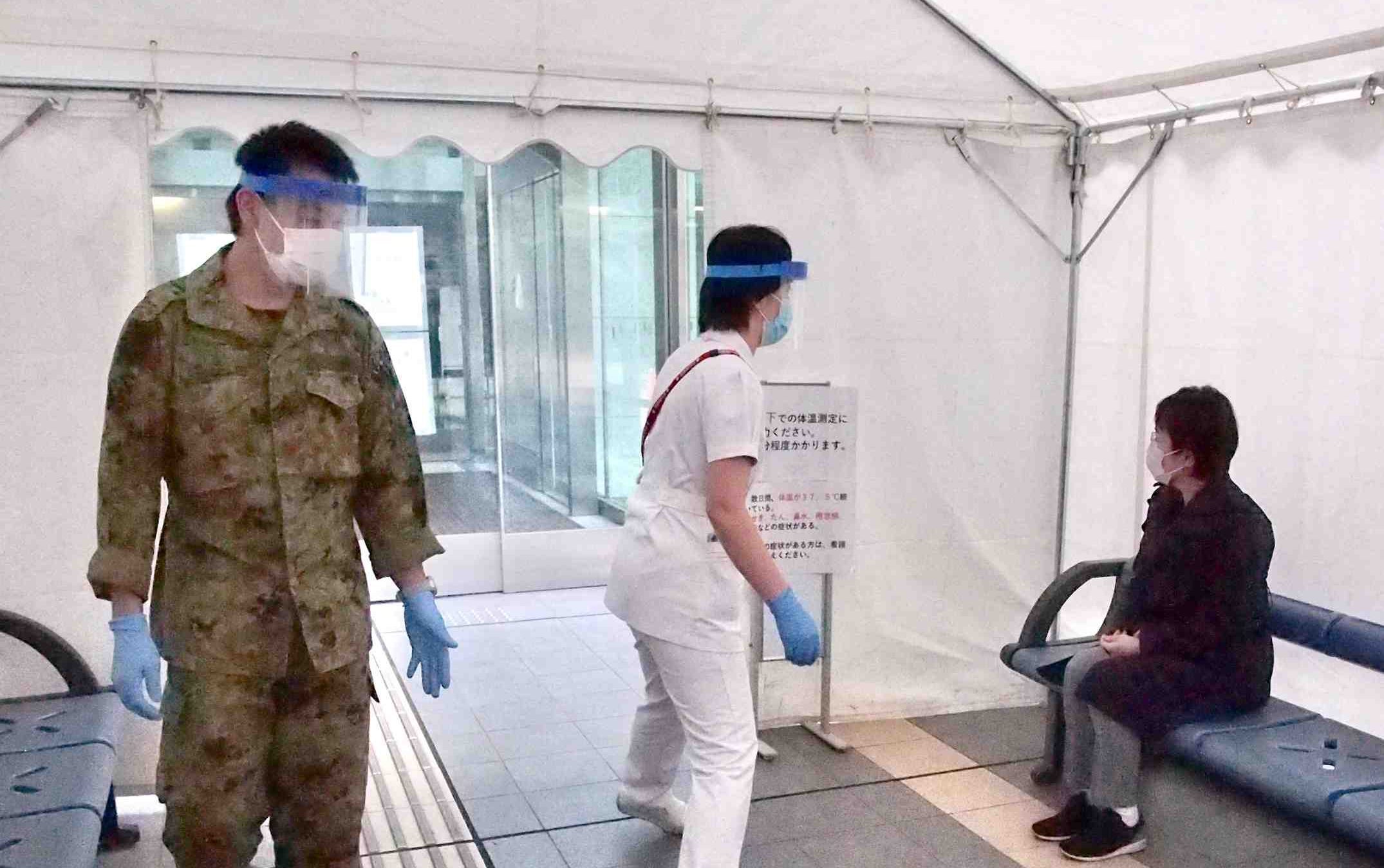 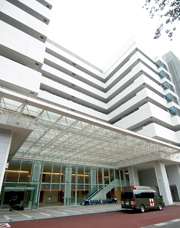 The entrance to the JSDF Central Hospital 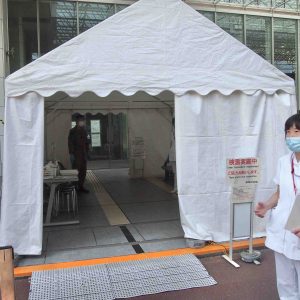 The lobby of the JSDF Central Hospital, where some Diamond Princess coronavirus victims were treated

It is a little-known story how the Japan Self-Defense Force (JSDF) played a remarkable role in dispatching disaster relief assistance amid the rapid spread of the novel coronavirus. Kazuhiko Inoue, an independent journalist, recounted it in detail in the “Seiron” opinion column of the May 28 edition of The Sankei Shimbun.

In all, about 4,900 JSDF personnel were involved in carrying out the support operations. The fact that the JSDF had no COVID-19 infections at all during their support operations is especially noteworthy, while the JSDF Central Hospital in Tokyo accepted a total of 128 people infected with the new coronavirus.

A German couple, who contracted COVID-19 on the Diamond Princess cruise ship, were transferred to and underwent treatment at the JSDF Central Hospital, according to the Asagumo Shimbun, a weekly newspaper that specializes in national security and JSDF issues. They sent a letter of thanks to this effect to General Goro Yuasa, the chief of the Ground Staff for the SDF:

We are particularly grateful to the medical team at the JSDF Central Hospital, led by Col. Tsutomu Kodera, medical officer of the Ground SDF who serves as chief of the hospital’s Respiratory Medicine Department. We will never forget the professionalism and kindness of medical officer Col. Kodera. We were truly lucky to have been able to receive treatment at the JSDF Central Hospital.

Reading the “Seiron” article, I was struck by the reliability and praiseworthiness of the JSDF. Yet it seemed that they had not been able to give full play to their abilities. While reading a collection of conversations between the critic Kohyu Nishimura and former Ground SDF Lieutenant General Takashi Fukuyama titled “New World Order after ‘Wuhan Virus’ Days,” I noted the following words of the former lieutenant general:

The [now-defunct] Japan Socialist Party (JSP) and the Japanese Communist Party (JCP) should be held responsible for destroying the ability of the JSDF to use its full potential to cope with the new coronavirus…. Those left-wing parties have scorned the safety of the citizens and spent years impeding the replenishing and strengthening of the Self-Defense Forces.

In the same article, Mr. Fukuyama said he had recently received an email from his former senior, Ground SDF Major General Haruyoshi Endo, Ret., as follows:

When we were both doing our best as lieutenant colonels of the Ground SDF, the Japan Socialist Party took the government to task in the Diet, claiming: “The government must be condemned severely for attempting to enable the JSDF to be prepared to respond to assaults that use poison gas and biological weapons.” Their effort eventually forced the JSDF to dispose of tutorial manuals for preparing for defense against chemical and biological weapons.

Mr. Fukuyama pointed out in the dialogue:

In addition, objections of the Japan Communist Party led the JSDF to do away with intelligence activity-related manuals. There can be no denying that the JSP and the JCP have done nothing good. They have always taken a hostile view of JSDF’s activities for protecting the lives and property of the people, regarding them as dangerous, and succeeded in hindering the JSDF from fulfilling its mission.

If there had been no interference by leftist forces, I believe the JSDF could have responded to the Wuhan virus even more adequately.

With this in mind, I went back and examined minutes of past Diet sessions and found that, in a session of the budget committee of the House of Representatives (lower chamber) in March 1968, Yanosuke Narazaki (of the then-Japan Socialist Party) asked a barrage of questions as follows. Incidentally, the term CBR (below) stands for chemical, biological, and radiological weapons, including poison gas and germ warfare.

The JSDF have been conducting training for survival of a CBR war. Unlike conventional warheads, CBR extensively affects and harms both foes and friends alike, and therefore must be considered nothing but offensive weapons. Other countries are carrying out research on CBR technologies. What does this mean for Japan? What can happen to this country? Would the JSDF alone have the right to survive a CBR war? What would happen to the people? Would the people have no right to survive?

There is a significant gap in the logic of why the training of the JSDF to cope with a CBR attack is the same as leaving the people to die, but Narazaki’s argument seems to have worked at the time.

Looking back on it now, the remarks by Narazaki sound far-fetched. However, as the yoke of the remnants of such arguments continue to constrain the flexibility of the JSDF activities, they can by no means simply be laughed off.

In this era of the new coronavirus, another look must be taken at revising the Constitution, as well as at the JSDF’s status and the specifics of the content of its activities.

Rui Abiru is a member of the editorial board and a senior writer of the Political News Department, The Sankei Shimbun.)