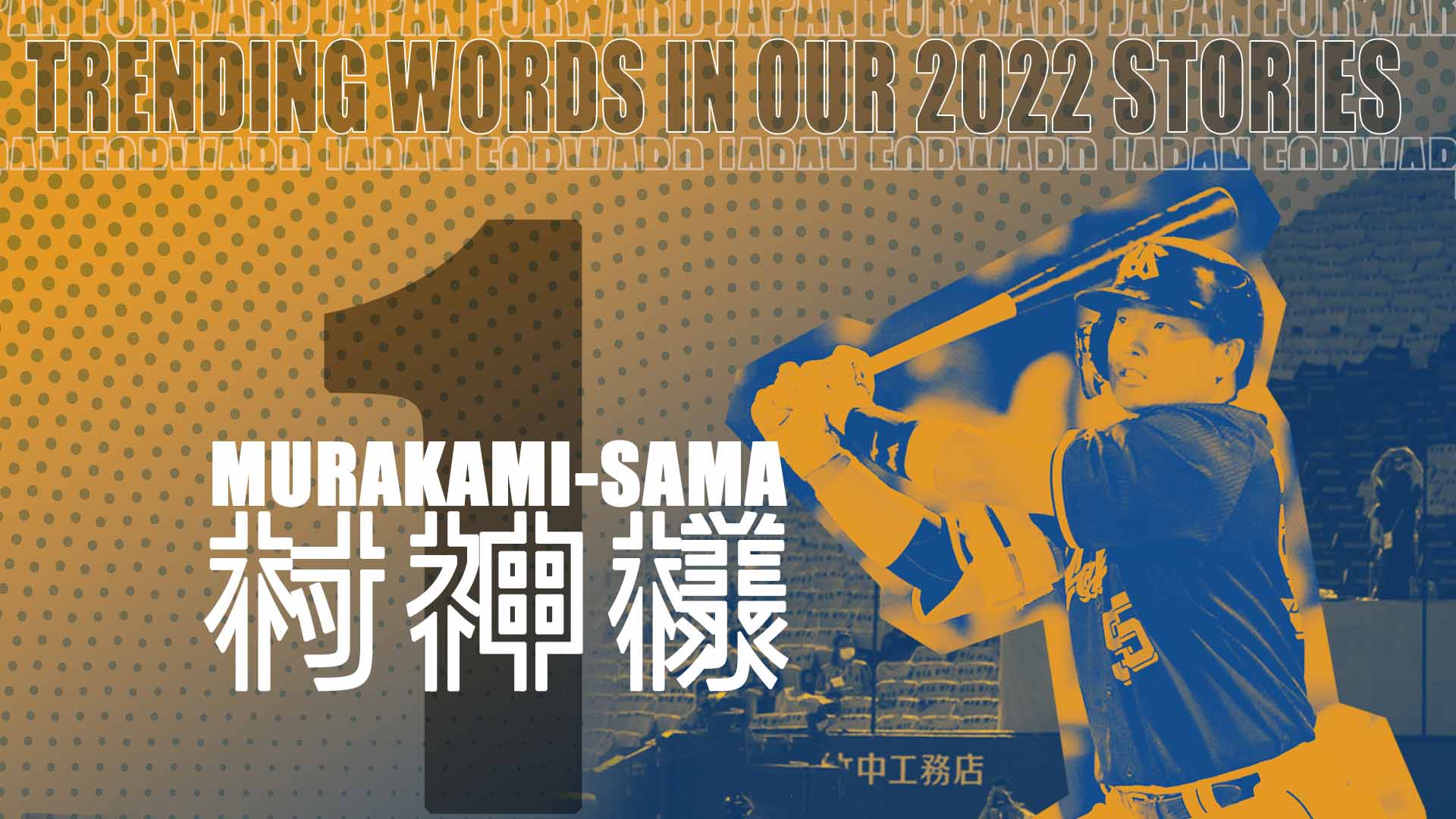 The last installment of our series has finally arrived, and it's time to look back at the top trending word of the year in our stories!

It is the nickname of the gifted baseball star Munetaka Murakami, and a play on words. Following the first part of his name, the word "kami" (神, god) is combined with the honorific suffix "-sama."

In a press conference at the Japan National Press Club in November, Murakami said that, like many of his countrymen, he would like to try his hand in the major leagues.

His home-run total has already surpassed that of Yomiuri Giants legend Sadaharu Oh (55), set in 1964. The achievement sets Murakami's destiny as one of the greatest hitters in NPB history.

All in all, Murakami's fandom has shown that sport has the power of moving the hearts of people, no matter how difficult other aspects of the year were.

This was the last installment of the series "Japan's Trending Words in Our Stories." We will be back next week with other series looking back on 2022, so stay tuned.