Ken Noguchi: Do We Have the Willpower to 'Protect Our Country Ourselves?' 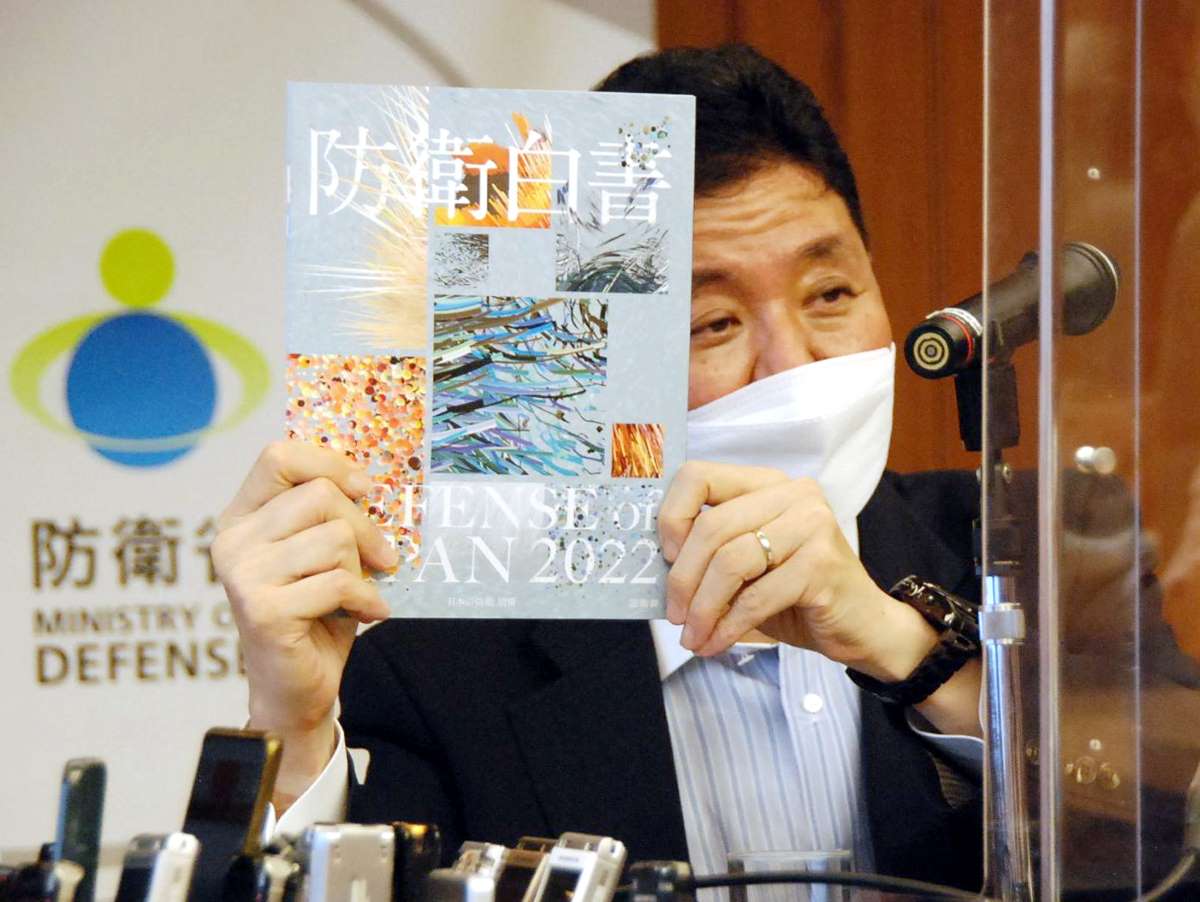 Defense Minister Nobuo Kishi holding the 2022 Defense of Japan white paper at a press conference on July 22, at the Ministry of Defense in Ichigaya, Tokyo (photo by Toyohiro Ichioka.)

I was stunned by what I heard. China’s defense spending has increased 39-fold over the past 30 years. In comparison, Japan’s defense spending has increased only slightly from 20 years ago. To put it in perspective, Japan’s 2022 defense budget is a little over ￥5 trillion JPY ($36 billion USD). China’s self-declared defense budget is around ￥25 trillion JPY (more than $180 billion USD), roughly five times that of Japan’s total budget.

Right after announcing its 2022 budget, China deployed the People’s Liberation Army in large-scale military drills encircling Taiwan. Since Russia launched its war of aggression against Ukraine, China’s military intervention in Taiwan has been coming closer to a reality.

An emergency in Taiwan is directly related to Japan’s national security. Ukraine, which many thought would immediately surrender, has been putting up a good fight and is desperately holding on, despite the enormous sacrifices.

Strengthening forces with modern weapons provided by Western countries has something to do with it, but President Zelenskyy’s unwavering stance on sovereignty and unwillingness to give up a millimeter of Ukraine’s own territory is undoubtedly what made this possible.

One time, I was truly shocked to hear from a JSDF affiliate that the military is short of munitions. Therefore, if the Japan Maritime Self-Defense Force (JMSDF) and Chinese navy warships were to clash, the JMSDF would not have enough ammunition on board to fight. So if push came to shove in an emergency, the only choice they would have is to make a U-turn.

During the Ministry of Defense lecture I questioned the validity of this story and was told, “We can’t reveal tactics but we can’t deny that there is not enough ammunition.”

Former Prime Minister Shinzo Abe had been appealing for a major increase in defense costs, but there were arguments for and against the idea. On the other hand, Germany’s actions after the Ukraine invasion were swift.

A bill to amend Germany’s Basic Law was submitted to its parliament in March and passed in June. It created a special fund (about ￥13 trillion JPY, nearly $93.8 billion USD) to build up the nation’s defense capability. The German government also announced that it will maintain a ratio of defense spending of at least 2% of their GDP from now on.

When an issue like this is brought up in Japan, it elicits comments such as, ‘Do you want a war to start?!’ But, just as Ukraine has demonstrated, in a crisis unless we have the strong determination to show, “First and foremost we will protect our own country ourselves,” it could be difficult to get help from others.

Ken Noguchi was born in Boston, Massachusetts, United States in 1973 and graduated from the Asia University of Japan. At 25, he became the (then) youngest person to climb all seven of the highest mountains in each of the continents. He is active in several projects, such as cleaning and climbing Mount Everest and Mount Fuji, and global warming issues. His new book is “Father and Daughter on ‘Finding Your Own Path’” (Seibundo Shinkosha).