[Kimono Style] Celebrating in Shimoda With The Black Ships Festival 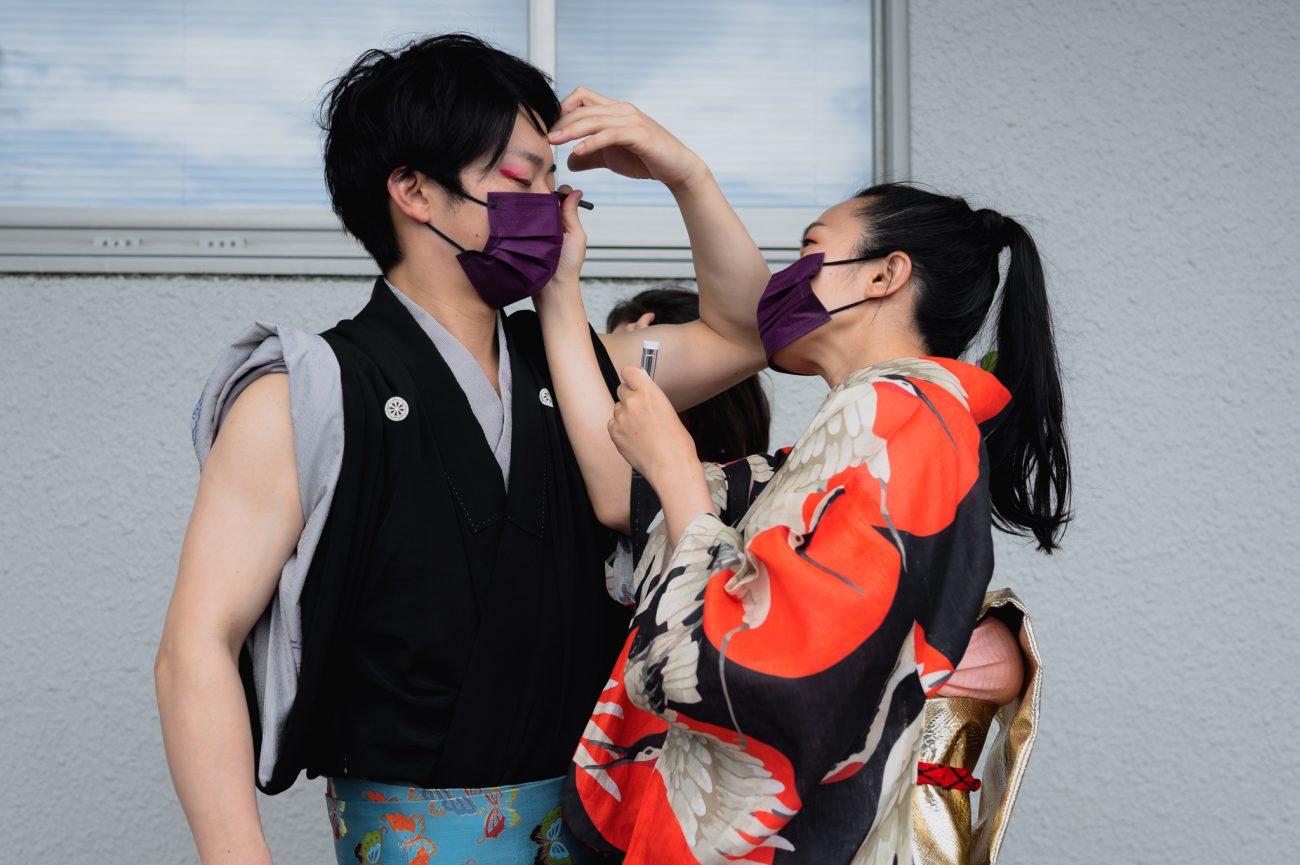 The 83rd Kurofune Matsuri, or Black Ships Festival, was held in the small city of Shimoda on the Izu Peninsula in Shizuoka Prefecture on May 21 and 22. This festival commemorates the entrance of Commodore Perry and his black ships from the United States, whose arrival opened up Japan for trading purposes in the mid 1800s.

It is reasonable to suppose that the residents of Shimoda were not so excited about such a relationship at that point in time. However, as years have gone by, ideas change. And for the best part of 100 years the citizens have chosen to celebrate their special place in Japan’s international relations with a festival.

This has always taken place on the third weekend in May. However, it was cancelled for two years because of the COVID-19 pandemic.

The Japanese year is not only marked by its changes in seasons, but also the festivals, dancing and other events held in streets to celebrate historical events associated with the place. A Japanese summer with no festivals hardly qualifies as a summer. And so it was with delight that I heard the Black Ships Festival would once again take place in 2022.

It has been one of my favourite events of the year, and the only place I have known where Star Wars characters can randomly meet Edo period officials in the street and share a beer or some yakitori.

Kimono Biyori, a kimono group led by Ryuji and Hisae Nishiwaki, has been going to Shimoda to do a kimono fashion show for over ten years. I have gone there most years as well, taking students, my children and friends, so they could participate.

The site for the fashion show is outside Ryosenji Temple, which is where the Treaty of Amity and Commerce was signed between the Japanese authorities and the American Government Officials in 1858. It is a place of historical significance and home of the Black Ships Museum.

Surrounded by forested mountains and American jasmine plants, the location is beautiful, and only bad weather can halt the proceedings. Group members can enjoy the opportunity to wear their colorful and most creative outfits, be they antique or modern, and participants of all ages can enjoy taking part.

This year I wore an antique turquoise formal summer kimono, paired with an obi showing tropical fish to add a touch of sea themed interest to the outfit. Another participant wore a yukata with large tuna fish, and yet another had galleons on her beautiful obi. Five children participated, adding a lot of colorful fun to the show.

After the fashion show we joined in the fun of the day around the central streets of the town. Everyone was enjoying themselves, eating street food and listening and watching to magicians, storytellers, performing monkeys (not my taste), and many of Shimoda’s talented guitarists, singers and other musicians who come out into the street and perform at the roadside or on one of the many small stages set up around the town.

You could bump into a sailor from the American naval base, or a student dressed as an Edo official, a ninja, or many other kinds of characters. Everyone was just happy to be together and enjoying the sunshine and fun and games. This was especially true this year, after not being able to enjoy it for the previous two years.

Shimoda is normally a sleepy fishing community, famous for onsen (hot spring inns) and seafood. So after returning to our hotel we bathed, ate and were lucky enough to have rooms that looked onto the harbor where the fireworks were launched.

Everyone from under 9 to over 90 was consumed with childhood wonder as the fireworks lit up the sky to our chorus of oohs and aahs. Stories and drinks were shared as the night went on. And Kimono Biyori members, a varied bunch whose common link is a love for kimono, enjoyed being together after a three-year gap.

I was up early on Sunday to walk around the harbor and look for spots to take great kimono photos. The main event of the day ー a parade around the city ー started at 11 AM.

Government officials, the mayor and representatives from various committees, drove around the city, followed by marching bands from the US Navy and the Japanese Sel- Defense Forces.

After them come bands from various local organizations and schools, girl scouts, elementary school unicyclists, dancers, and more. Just about bringing up the rear was Kimono Biyori.

Often we have a courtesan out in front, but this year we had the male members dress up and go in front. They looked very cool wearing black tomesode, normally a women’s garment, in a robe-like manner over leggings underneath. The women walked behind with beautiful paper parasols, which we twirled creating a colorful sight.

I always get emotional about the parade. It seems that the whole city comes out to watch. Old and frail people sit on chairs outside their houses, and people watch from upstairs windows. Mothers and fathers hold their small children and babies and everyone waves or holds flags.

I find it incredibly moving that the whole population gets together to enjoy this event. No one is too old or young to or too important to smile and wave. It seems like a special kind of community spirit that perhaps doesn’t exist in the same way in the big city.

Every time we get ready for the long journey back to Tokyo with the sound of drums and music ringing in our ears. In Shimoda they party on into the evening, while we have to go, with regret. I know I am not the only member who leaves a bit of their heart in Shimoda each time.