Let Hana Kimura Be the Last: How Can We Prevent Cyberbullying? 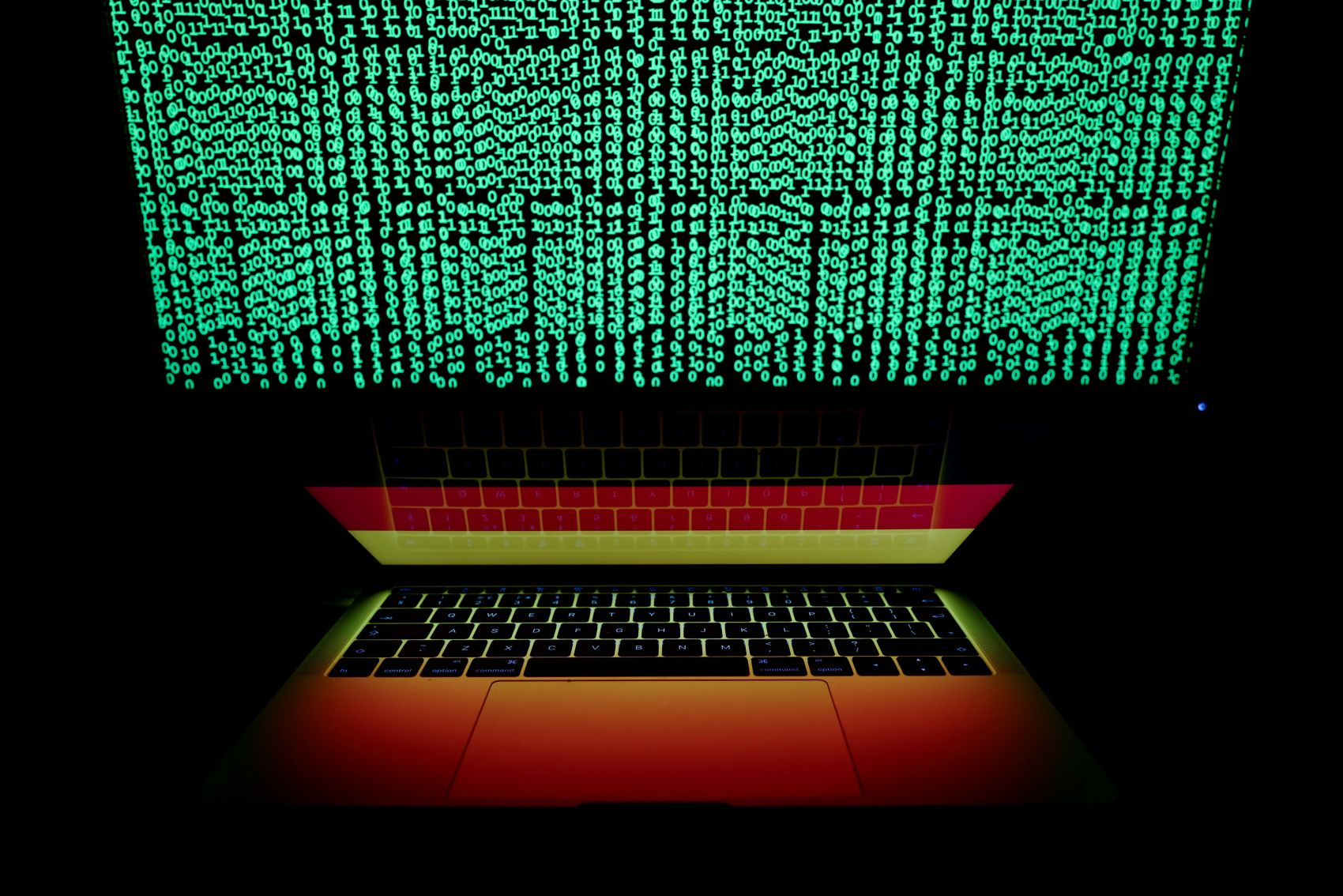 A 22-year-old professional wrestler with bubble gum pink hair was reportedly found dead in her apartment on May 23, with a suicide note addressed to her mother, saying, “I’m sorry, thank you for giving birth to me.” Her name was Hana Kimura.

Kimura was also a cast member of Terrace House, the immensely popular Fuji Television reality show which put six young people under the same roof using a storyline about their search for love and meaningful human relations. Yet a spat in the storyline of the show sparked a reaction in netizens and a trend of online attacks directed personally at Kimura.

On the evening of May 23 just before her death, she tweeted, “I can’t deny that I was hurt by the fact that I was getting 100 different comments a day. ‘Ugly,’ ‘Disappear,’ ‘Die.’”

Her tragic suicide caused shock both in Japan and abroad, and on June 19 the Japanese government expressed its resolve to revise the law to make it easier for victims to prosecute cyberbullying perpetrators.

But that alone is not enough. Why are we not talking more about regulating cyberbullying on the internet? And, should reality show producers take more responsibility?

The Legal Framework in Japan

On May 26, the Japanese Ministry of Internal Affairs and Communications set up a special project team to discuss the revision of the Provider Liability Limitation Law.

It is a process riddled with hurdles.

Furthermore, the plaintiff has to demonstrate probable cause and the seriousness of the accusations received online before the companies share the information, which can be quite tricky to prove.

Finally, there are other technical issues, such as the short amount of time that IP addresses are saved on mobile phones, and the fact that some SNS providers like Twitter and Facebook are based overseas.

Many prominent personalities also have spoken out against the current framework.

On June 19 the government shared its proposal to make it possible for SNS providers to immediately release sensitive data such as telephone numbers, information that is often necessary in the two-step registration process. The proposed reform could take place as early as this summer.

This could change the current legal landscape as phone numbers tend to be registered to specific individuals, making it easier to trace perpetrators in cases of anonymous postings and expediting the legal process overall.

The Social Media Side

For social networks, the difficulty in verifying information in user accounts remains a big problem. Many users still hide behind fake accounts or fake names.

This creates a toxic internet environment, where most comments are only posted once, then deleted or the account disappears. It can create a bandwagon effect, where many might be commenting or sharing, but when asked by a journalist why they expressed their opinion, they do not demonstrate any particularly strong motivation:

I just wanted my opinion to be heard…I didn’t have a particular reason for doing it.

Following Hana Kimura’s death, several SNS companies released a formal statement that they would enforce further steps to protect users, including a blanket blocking of users who offend other parties. Twitter, YouTube, Facebook, and Instagram all allow functions to block comments, users, and signal them to the main provider.

Yahoo has enacted a function which detects abrasive language and asks the user if they are sure that they want to post the comment, with the prompt “think about the feelings of others.”

Twitter offers advice on their help forum, allowing victims of cyberbullying to report abusive behavior through on an online form.

Although the help forum provides thorough details on how to handle online abuse with various scenarios, it is difficult to find. A user must navigate a cumbersome route through the app or website to find it. Cyberbullying can happen in a rush, and the process is often overwhelming to the victim, giving them no chance to collect their poise and seek the necessary assistance at a critical time.

Twitter’s privacy policy doesn’t allow users to receive another account’s personal information to initiate a private investigation, begging the question, “Who is Twitter protecting, the cyberbully or the bullied?”

Similarly with YouTube, there are online help pages for harassment and cyberbullying, and hate speech policy that come up as search results. But unlike Twitter, the policy guidelines are for content creators, and not the victims of abuse. There are clear examples of videos that may be flagged for cyberbullying, and the consequences of breaking these guidelines such as demonetization or content removal. However, for a creator or channel operator to protect themselves from attacks, they must scroll to the bottom left of the side panel on the YouTube.com main page, and click the small text, “Policy and Safety.”

Clearly, there’s much room for improvement. Google/YouTube, Twitter, Facebook, and similar social media websites do an excellent job with predictive text, and it would be great to have more proactivity when detecting hate speech and cyberbullying comments even before they are made public.

Finally, another point of debate has been whether the production side of entertainment programs related to cyberbullying — in this case Netflix and Fuji Television — should take more responsibility.

The online abuse of Hana Kimura was sparked by an episode of Terrace House aired at the end of March featuring a spat between Kimura and a male participant in which Kimura lost her temper because he accidentally put one of her custom-made wrestling suits in a dryer and it shrank.

The backlash toward Kimura started then. The show was interrupted due to COVID-19, but the episode was re-aired and released on YouTube in mid-May, with new footage showing Kimura getting upset in the outburst. The re-airing brought more online attacks for Kimura.

Thereby, one might wonder whether the online attacks worsened because Fuji Television not just aired, but then re-aired the material when everyone — including Kimura — was staying home to stop the spread of COVID-19.

Although the show is considered relatively wholesome compared to other reality shows in Europe and the United States, it retains some of the toxic characteristics of reality shows. Previous participants have brought attention to studio-created personalities with sometimes brutal comments, and heavily edited footage designed to portray a specific storyline.

In addition, a previous Terrace House participant told Bunshun Online that “Hana was a character they could ‘use’ to bring attention to the show.”

This alludes to Kimura having been handed roles as a “heel” in wrestling, meaning a villain role, which could have spilled out into other areas of her image. In the same article, a friend commented: “The only bad thing was the character. She was a really sweet person.”

Fuji Television COO Ryunosuke Endo released a formal statement on May 29 following Kimura’s death, saying: “We were not fully conscious [of the emotional impact on participants]. The fact that I and all of us didn’t follow how she was feeling in detail and continuously, is a weight which is almost too much to bear.”

Fuji Television has said it will conduct an inquiry, and Terrace House 2019-2020 has been cancelled.

The idea of reality TV and stardom attracting venomous backlash is by no means a purely Japanese phenomenon.

In South Korea as recently as 2019, a 28-year-old member of idol group KARA committed suicide after receiving online abuse.

In the United Kingdom and the U.S. there have been many high-profile cases of suicide resulting from reality TV.

Just in 2019, The Jeremy Kyle Show was officially cancelled after a troubling episode of a man given a lie detector test to prove he hadn’t cheated on his wife, only to fail the test, which led him to commit suicide.

Well-known shows, like Love Island and Big Brother, have seen suicide and attempted suicide after partipants endured online abuse. One report suggested that in 2019 there were 38 deaths related to reality shows that year.

In a way, there is a grotesque irony in the fact of so little “reality” in the plotlines of reality shows. But online reactions and attacks target real people, who have real feelings, and their suffering can lead to real consequences.

Perhaps the death of Hana Kimura can be a wake-up call for lawmakers, SNS companies, and entertainment production companies to take further steps in protecting victims from online abuse.