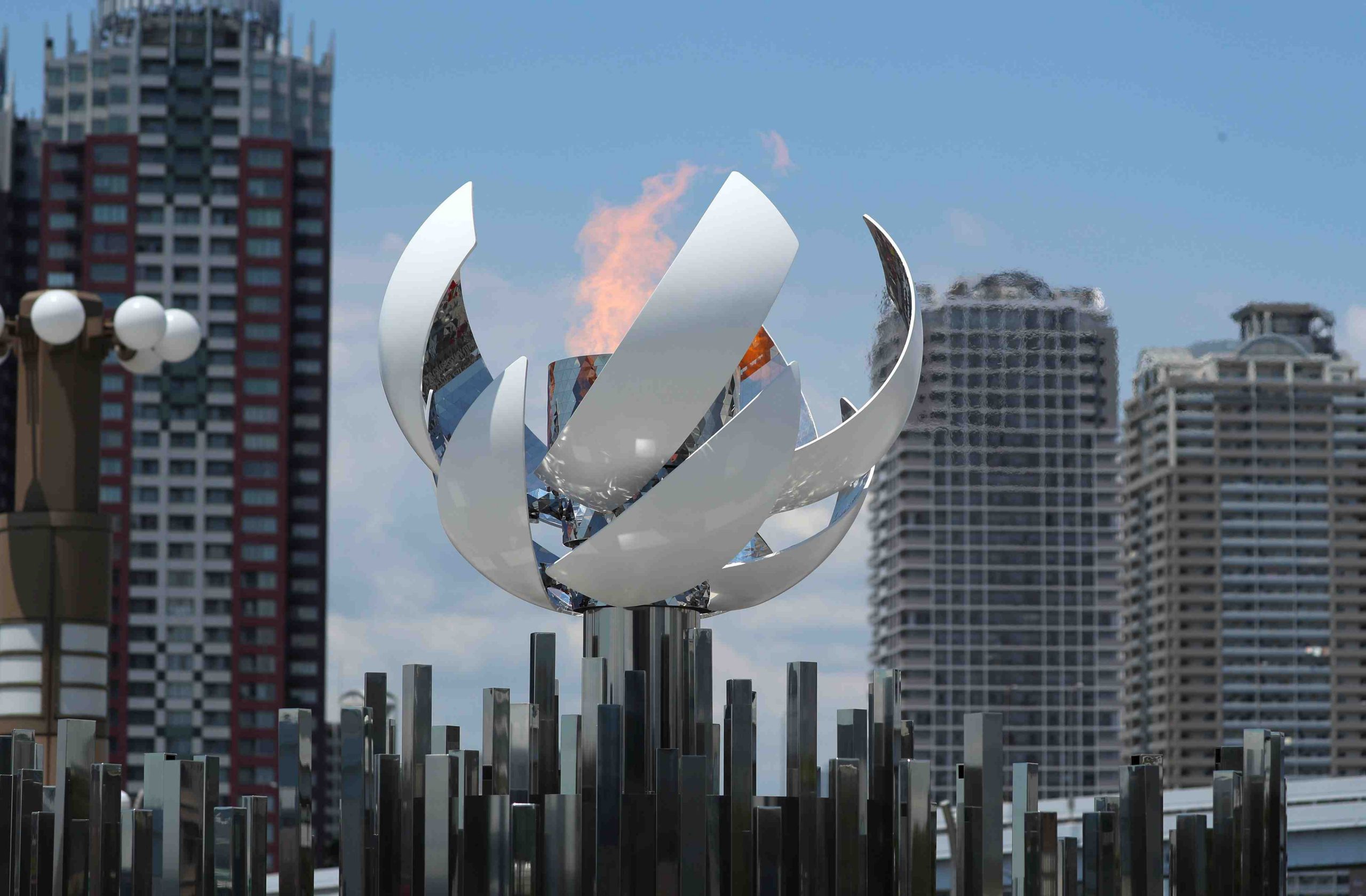 The Tokyo Olympics has endowed Japan with a medal rush, but it has also left a legacy for a greener future through environmental considerations.

Olympic sponsors Toyota Motor Corporation and ASICS Corporation have shared their latest technology in the fields of hydrogen and recycling, both of which are Japan’s forte, for the Tokyo Olympics, reducing carbon dioxide emissions to net zero.

As decarbonization becomes a watchword around the world, the Tokyo Olympics offer a new vision and benchmark for mitigating the environmental impact of hosting large-scale events.

The Olympic flame, which was ignited using hydrogen for the first time in history at the end of the opening ceremony on July 23, is one of the symbols of the sustainability philosophy of the Tokyo Games.

Hydrogen does not emit carbon dioxide when burned. Moreover, it can be used in fuel cells that generate electricity by reacting hydrogen with oxygen. ENEOS is supplying Tokyo 2020 with hydrogen produced using electricity generated by solar power in Namie, Fukushima Prefecture. This demonstrates the reconstruction and recovery of areas affected by the Great East Japan Earthquake as it promotes a decarbonized society.

Eco cars are also being proactively used at the Olympics. Toyota has provided 3,340 official vehicles, of which 90% are electrified, including fuel cell vehicles (FCVs) and electric vehicles (EVs).

Toyota is also providing the Olympic Village with a 24-hour transportation service using 17 e-Palettes, which are EVs with automated driving functions.

Recycling efforts are in full force at the Olympics in anticipation of the world’s transition to a circular society.

ASICS developed the official sportswear of the Japanese national team using recycled fibers extracted from used sportswear, so that “the ratio of recycled fibers is about 50% in jackets and 100% in the upper part of shoes and the surface of insoles.”

Procter & Gamble Japan and other companies produced 100 medal ceremony podiums out of waste plastic. Meantime, the medals awarded to the athletes were made using material collected from urban mines, which include materials from discarded small electric appliances.

In April, an international team of researchers from Switzerland and other countries released their evaluation of the sustainability of the past 16 Summer and Winter Olympics since 1992. The evaluation indicated that the more recent the Olympics, the poorer the sustainability rating tended to be.

Through these initiatives, the Tokyo Olympics is expected to achieve its goal of net-zero carbon dioxide emissions.

Masaaki Ito, Toyota’s general manager of its Olympic and Paralympic division says, “[Our efforts will] contribute to reducing environmental burden, and CO2 emissions will be the lowest they have ever been,” expressing confidence in the success of the Tokyo Olympics.